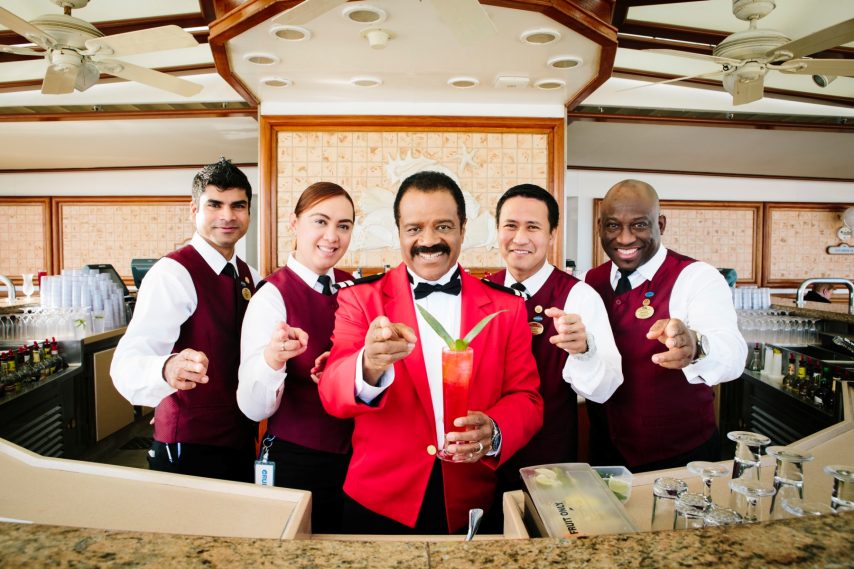 Even though it’s not Throwback Thursday today, Porthole is remembering Valentine’s Day 2015, when Princess Cruises debuted a crafty cocktail created by Ted Lange, who played the friendly red-jacketed bartender, Isaac, on The Love Boat.

Lange said that he created the amorous concoction by drawing inspiration from his character’s classic moves and wardrobe. Fittingly called, “The Isaac,” the refreshing cocktail includes white rum, a nod to the Caribbean, which is Lange’s favorite cruise destination; pomegranate syrup, channeling the famous red jacket his character wore and also an aphrodisiac; two pineapple leaves as garnish and tribute to his character’s two-finger signature point; lime juice; and club soda, to add some sparkle.

“Most people don’t know that while I was serving up drinks on The Love Boat, I also became a licensed bartender in real life,” said Lange. “If a bartender recognizes me, he or she always wants me to try their special drink. Now, I’m excited for everyone to try my special drink and I know they are going to love it. Like the song says, ‘come aboard, the Isaac’s waiting for you!’”

The CDC announced this afternoon they would let the no-sail order expire, but in it's place they've instituted a conditional sail order with plenty of hoops cruise…