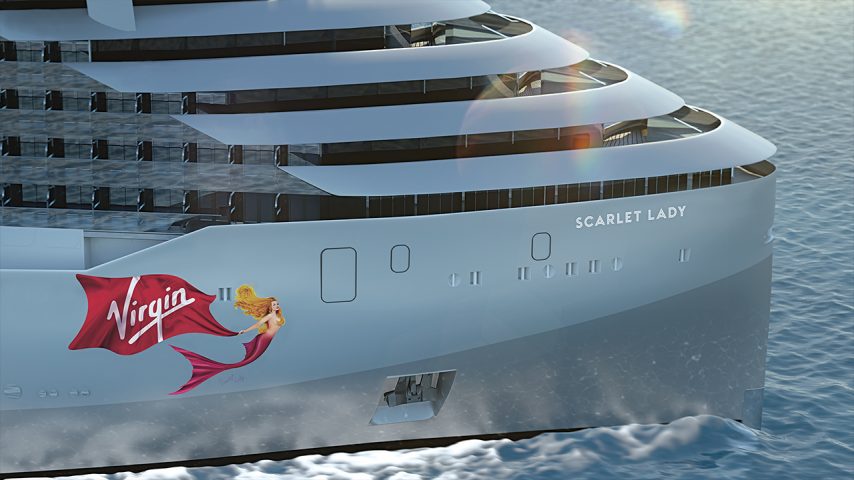 Many speculated the first ship in the fleet for Virgin Voyages would harken back to some aspect of Sir Richard Branson’s empire, and they would be be correct. Virgin Voyages Scarlet Lady, as the ship will be called, is a throwback to one of the first Virgin Airlines planes of the same name.

In a press release posted on the Virgin Voyages website, the company shared the history behind the name, announced a new program to empower female leaders within the company and kept fans abreast of the construction timeline.

Why Name the Ship Scarlet Lady? 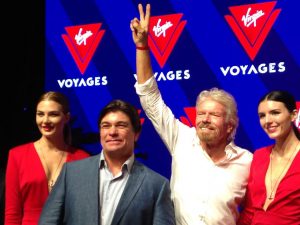 “Scarlet is the embodiment of everything this ship represents. As our figurehead, she takes on a role historically dedicated to goddesses, important women in society, and even mermaid figures,” the release stated. “Though beautiful and mysterious in vision, she represents a woman of power – the leader not only on our first voyage, but also in our efforts to encourage front-facing female leaders throughout our company with our Virgin Voyages Scarlet Squad Program.”

Virgin Voyages Scarlet Lady is set to change the way people experience luxury cruising. The ship is for 18+ passengers only and will take a deep focus on health, wellness and sophisticated entertainment. Nearly all the rooms have an ocean view and balcony, meaning guests are all privileged to a stellar experience at sea. A focus on contemporary design and stunning views no matter where you are on board has the cruise world buzzing.

Luxury and Then Some

The ship features all the standard luxuries of a modern day ship, but with Virgin’s unique flair and style. Enjoy the Crow’s Nest on top of the ship for sunrise and sunset yoga with a view that beats any yoga studio. The ship also features a number of restaurants, a spa, a boxing ring, full gym and a pool that’s rumored to have a Venice Beach-like vibe.

A second ship, planned for launch in 2021, was also mentioned. It has yet to be named.