A Positive COVID-19 Test Derailed an Alaska Cruise, But Did It Have To? 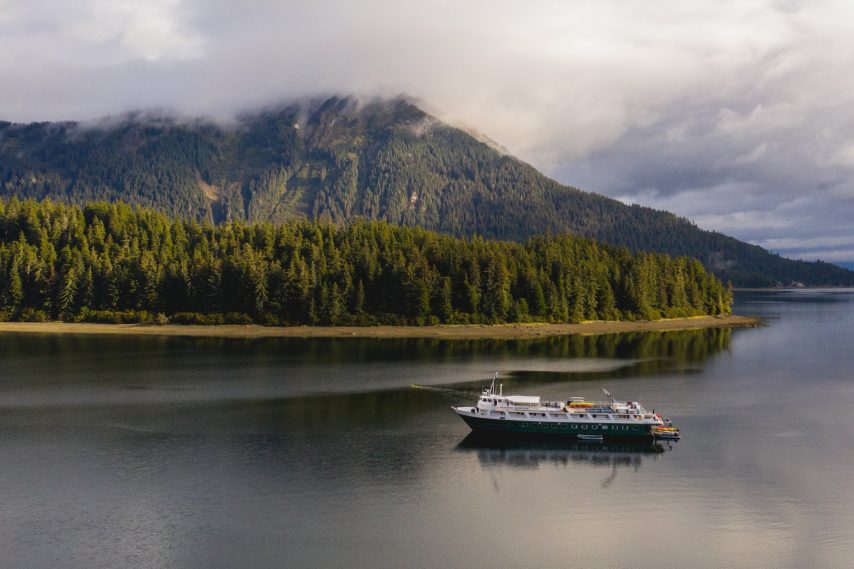 The sky was falling if you listened to media outlets from all over the country.

UnCruise Adventures had only been back in action for less than a week and they already had a positive COVID-19 case on board. The backlash was instant: Why did they think they could cruise? Are those people crazy? Of course they had a positive test, cruising isn’t safe!

The only problem with the panic and hysteria? The positive test was quickly followed by a negative one and nobody else on board the ship got sick, but the headlines had already been printed and a cruise line’s reputation was in the mud.

Eventually cruise lines are going to sail again and just like the positive tests we’ve already seen following the return of pro sports (ie. the Miami Marlins), it’s inevitable there will be cases on ships. The question is, if the media outburst is this hysterical with every single case, what chance does cruising have in the court of public opinion?

The Problem With COVID-19 Testing

The positive test, administered at Juneau International Airport, is raising questions about the accuracy of testing and the potential harm done to a cruise line’s reputation when it seems like they did nothing wrong.

In fact, UnCruise Adventures did everything right before and after being notified by local authorities in Alaska that they had a positive passenger on board the ship. Thanks to a strict contingency plan, the ship was back in Juneau in a matter of hours with everyone on board taking extra precaution to avoid infection.

In a conference call with the media last night, UnCruise Adventures CEO Dan Blanchard explained that his cruise line had to respect the positive result and implement their contingency plan immediately.

I have to call it a positive. I believe this was a positive, not a false positive

As Blanchard explained in an interview with Porthole Cruise earlier this week, the very nature of an adventure cruise means spending a lot of time off the ship. That gave the cruise line confidence they could operate their small ship cruises without exposing their guests to risk.

Cruising isn’t the only industry having a hard time with testing. Issues with a lack of testing and long wait times for results are fairly common as we navigate the waters of COVID-19, so it begs the question, should we be freaking out about a positive test result when a test a few days later could be negative?


For UnCruise Adventures, simply having rapid testing capabilities may have given the cruise line the confidence that they could continue their itinerary. But the lack of availability and the extra scrutiny given to cruise lines these days from the media didn’t offer UnCruise the luxury of taking a deep breath and double checking.

Instead it was shut it down, shut it down now, and the result was a world-class adventure cruise line whose reputation took a big hit.

All in all, UnCruise is touting their experience as an indicator that COVID-19 safety protocols can work on a cruise ship. Unfortunately, this silver lining was overshadowed by the jump-the-gun on bad news nature of our society.

The fallout for UnCruise Adventures CEO Dan Blanchard was instant. On the conference call, Blanchard said the headlines “demonized” the cruise industry and because of the news, guests on future cruises began cancelling in droves. Blanchard made it clear that they are going to keep their crew employed despite not having any guests for the foreseeable future.

“Small businesses like ours have taken a considerable hit during COVID, and this was a big one,” said Blanchard. “We have taken proactive steps and understand our responsibility to our guests, crew, communities, and the industry. Safety remains our focus and we will continue to accelerate protocol standards.”

If he had the power to sway those tasked with managing the country’s COVID-19 response, Blanchard said he’d plead for rapid testing because then all of this could have been avoided in the first place.

“We’ve been lobbying Congress for rapid testing that would change the game. We can all do better and are asking national leaders to work with us.” he said.