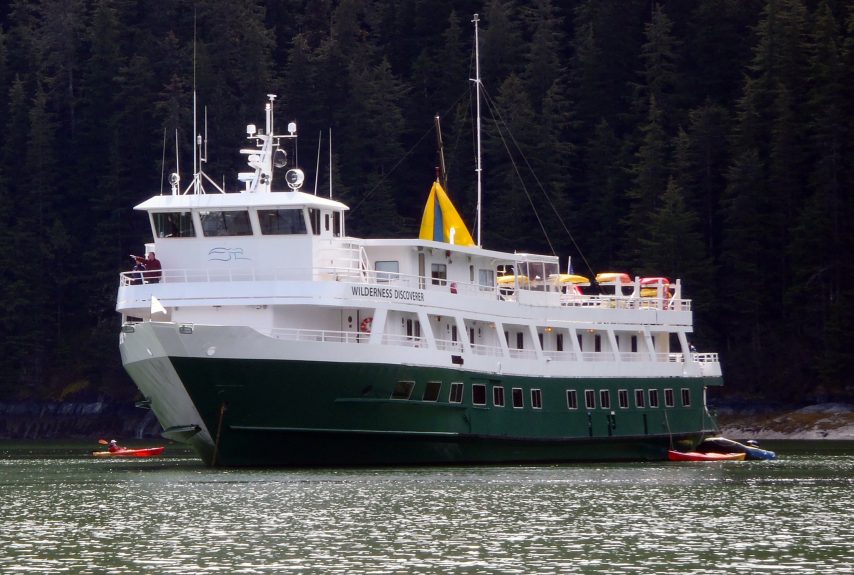 It’s safe to say that Captain Dan Blanchard, CEO of UnCruise Adventures, loves the sea. In fact, he was just 18 years old when he received his Ship Master’s License, the highest level possible for a ship captain.

Shortly after that, he owned his own marina.

Being a sea captain and marina owner wasn’t enough, however. His journey through life now finds him as the CEO of an adventure cruise line, one which has had its fair share of ups and downs since the COVID-19 pandemic first shut down the industry.

UnCruise Adventures is a small-ship expedition cruise line offering itineraries across the globe. When the pandemic hit, they paused operation along with other cruise lines despite the fact that they didn’t have to. The CDC’s no-sail order applies to ships of more than 250 passengers and crew, and no UnCruise ship is larger than that.

Dan Blanchard joined Porthole Cruise Magazine Founder and Editor-in-Chief Bill Panoff to discuss why his cruise line decided to restart operation when they did and what’s next for adventure cruising once things get back to normal.

UnCruise Adventures returned to operation in Alaska on August 1st, but a positive test from a passenger who flew in for the cruise and was tested in Alaska derailed the itinerary. After receiving a call from Alaskan authorities regarding the positive test, UnCruise sprang into action. In a matter of hours, the cruise line was able to identify the individual, get guests on shore excursions back on board safely, and make it back to Juneau.

When asked about the protocols in place to allow for such a quick response, Blanchard explained that it came down to training and preparation.

“First of all, it’s training and having a great plan that isn’t just something on paper that actually works,” he said. “We knew if we had a positive, whether it came through an airport test as the case with this one, or if it were one of the tests we did on board…if we were to get a positive, we knew that we would isolate everybody and immediately head back to Juneau, where we had already worked with the authorities.”

UnCruise Adventures even went so far as to have hotel rooms available for quarantining guests in the wake of a positive COVID-19 test. Their planning and preparation is what allowed them to move quickly and act decisively when it mattered most.

Despite the pandemic, Blanchard seemed upbeat about the prospect of cruising in the future and he shared a new cruise itinerary leaving from Seattle next year and exploring the Puget Sound area.

Thanks to small ships and excellent leadership, UnCruise Adventures is well positioned to recover from the pause in operation and continue offering high quality adventure vacations. The goal moving forward is to provide those same UnCruise Adventures memories, but in places that are closer to home for most people. With international travel for Americans simply not an option, places like the Pacific Northwest offer many of the same flora and fauna of Alaska, but without the distance from home. Navigating around these problems isn’t easy, but Captain Blanchard and his team are up to the task!