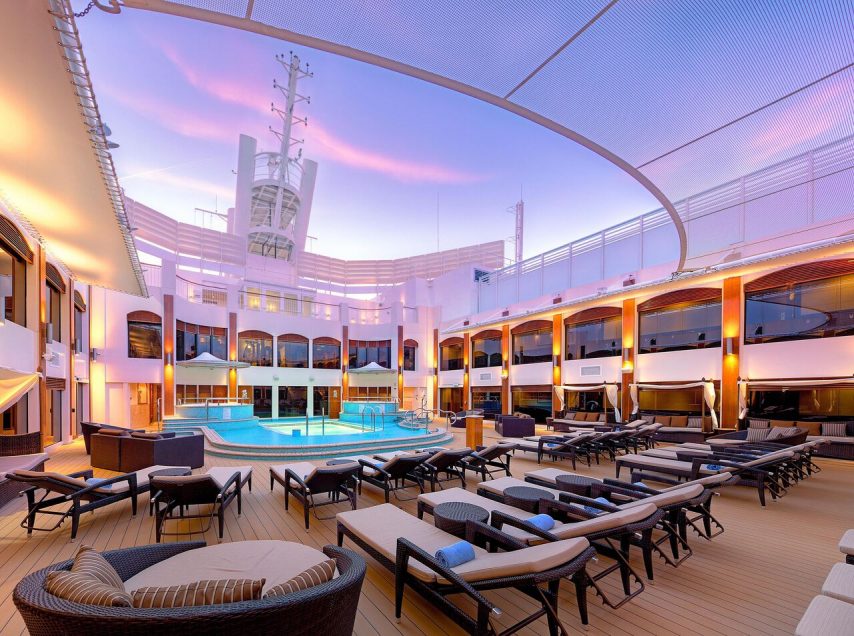 According to Frank Del Rio, president and CEO of Norwegian Cruise Line Holdings Ltd. (parent company to Norwegian, Regent, and Oceania Cruises), it’s not the ship, it’s the brand that sells a cruise. From service to food to itineraries, Del Rio believes that an older ship can emerge from an extensive drydock even better than the day it originally launched. And he’s clearly putting his money where his mouth is when it comes to updating and enhancing the lines’ ships.

Seven Seas Navigator, the exclusive, 490-passenger luxury ship, will be given the same elegant style as Seven Seas Explorer, touted by the line as the “world’s most luxurious cruise ship.” The renewal will affect all suite categories, all lounges, the library, casino, boutiques, reception area, and signature restaurants Compass Rose and La Veranda.

She will be followed into dry dock by Seven Seas Voyager in late 2016 and Seven Seas Mariner in spring 2017.

Highlights of the upcoming Seven Seas Navigator refurbishment include updates to the Navigator, Penthouse, Concierge, and Deluxe Suites; a redesigned reception area; enhancements to Compass Rose, La Veranda, Galileo Lounge, and Navigator Lounge/Coffee Connection; as well as enhancements to the ship’s library.

Following the dry dock, Seven Seas Navigator will spend the summer traversing the Mediterranean and late fall in South Africa.   In 2017, the ship will offer “Navigate the World,” the line’s first world cruise in six years.

“We’ve worked really hard to deliver a great experience … and we believe there’s an opportunity to deliver a new standard of excellence,” said Norwegian’s president and COO, Andy Stuart, adding that the $400 million investment is divided into three core areas: longer, more extensive drydocks, a big investment in the line’s two destination experiences (Harvest Caye and Great Stirrup Cay), and the onboard dining experience.

This year, all ships in the fleet will offer upgraded complimentary dining room menus and the addition of optional à la carte priced items, like grilled lobster tails, in the main dining rooms. The line will also expand specialty dining menus across the fleet.

In addition, Great Stirrup Cay will debut new amenities, which will be announced at a later date, and its upcoming Harvest Caye in Belize will feature an expansive pool, exclusive beach, shallow lagoon for watersports, private luxury cabanas, and other features.

“The new standards of The Norwegian Edge program will entice our guests to return again and again to ships that will look and feel as if they were just delivered, with all new menus and new dining experiences, visiting incredible exclusive destinations that reflect the quality finishes, amenities, and outstanding service found across the Norwegian fleet,” added Stuart.

Summer may be coming to an end, but that’s all the more reason to dust off your bartending skills and make your favorite tropical cocktail at home!…