Mein Schiff 2 at her christening in February 2019 | Photo: TUI Group 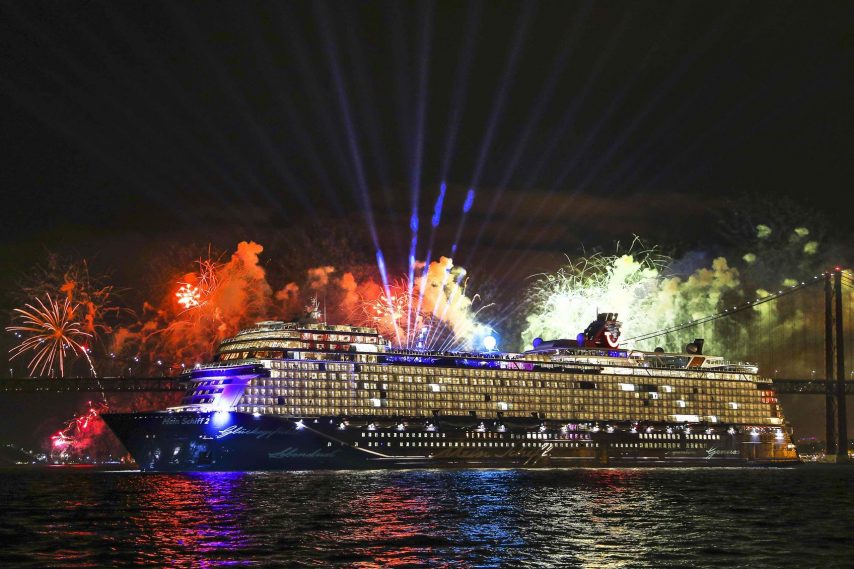 Congratulations to the 1,200 people who set sail for the Norwegian fjords on board TUI Cruises Mein Schiff 2, you’ve reached a major milestone in cruising’s return to normal operation. Having more than 1,000 people on a cruise ship seemed like a fever dream mere months ago, but here we are in late July with hope for the future.

The ship, normally full to the brim with 2,900 passengers, set sail at 60% capacity to allow for proper social distancing and there won’t be any ports of call on this journey from Hamburg to Norway and back. Other precautions included each guest undergoing a health evaluation questionnaire and temperature check prior to boarding. All buffets on board will be closed to self-service as well.

Baby steps seems to be the strategy for cruise lines in Europe beginning the process of cruising in the era of COVID-19. German cruise line AIDA, owned by Carnival Corporation, has plans to return in August while some lines like Hurtigruten have been sailing for more than a month now.

The news isn’t all positive for TUI Group, the vacation company that owns and operates TUI Cruises. Marella Cruises, a sister cruise line serving the United Kingdom, announced they won’t be back in operation until October. Travel restrictions across the globe are a primary reason for the decision to further delay cruises.

Europe is Cruising, Why Isn’t America?

News that another European cruise line is setting sail must sting to Americans who got the news earlier this month that the Centers for Disease Control and Prevention had pushed back their no-sail order until October. Major cruise lines had plans to restart in August, but spiking COVID-19 cases across Southern and Western states made a restart impossible. Americans are currently barred from visiting most countries around the world due to the spike in cases lately and it doesn’t appear that will change anytime soon.

The checklist for a safe cruise in the COVID-19 era looks like this: social distancing, mandatory masks, pre-cruise health screenings and a whole lot of personal responsibility. Are those things Americans are mature enough to handle? The CDC does not think so.

Why do you think Europe is so far ahead of America when it comes to cruising? Would you take a cruise right now in Europe if you could? We want to hear from you!