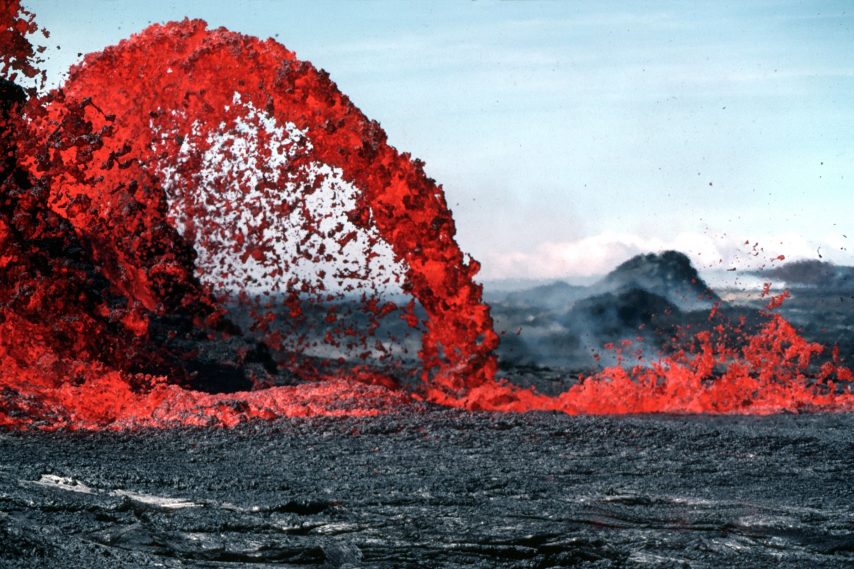 It started off as a tremor or two, but over the past few weeks, Kilauea volcano on Hawaii’s largest island has grown increasingly more dangerous and it’s starting to affect tourism on the island. With clouds of dangerous gas, ash and smoke visible from miles away, officials on the island are doing everything possible to help keep people safe.

That includes mandatory evacuations for those in the path of both lava flows and flying hunks of molten rock which pop from the crater and land anywhere in the vicinity. Injuries and property damage from such lava bombs have been reported and unfortunately, it doesn’t seem like the eruption will peter out any time soon.

Hawaii is one of the most popular tourist destinations on Earth thanks to it’s stunning topography, beautiful weather and laid-back style. However, many are wondering if it’s safe to travel to the islands when Kilauea volcano is so active. The short answer is yes, but there are a few things to keep in mind.

RELATED: Spice Up Your Hawaiian Vacation With an Erupting Volcano (VIDEO)

First things first, and this should go without saying, you shouldn’t go anywhere near the area of active eruption. If the threat of molten rock raining from the sky isn’t enough, the air quality near the volcano is very poor. During an eruption, ash, smoke and gases like carbon dioxide and fluorine spew forth from the crater, creating an environment where breathing is hazardous. Officials urge the use of gas masks and other protective clothing and equipment for those anywhere near the active eruption zone.

Are Cruise Ships Sailing to Hawaii?

Cruise ship lines like Carnival Cruise Lines, Princess Cruises, Norwegian Cruise Line and others have temporarily halted cruising into Port of Hilo on the big island, but they’re rerouting ships to other locations in the archipelago. Ports on Maui, O’ahu, Lanai and others continue to operate normally so passengers need not worry about the dangers of visiting those areas of America’s most isolated state. Though cruises out of Port of Hilo, the closest to the eruption have, for the most part, halted, even Kailua-Kona, a port on the other side of the big island, remains active for cruise ships.

Those worried that their dream vacation will be cut short by the angry volcano can relax. There’s still more than enough places unaffected by the eruption to have a great time!