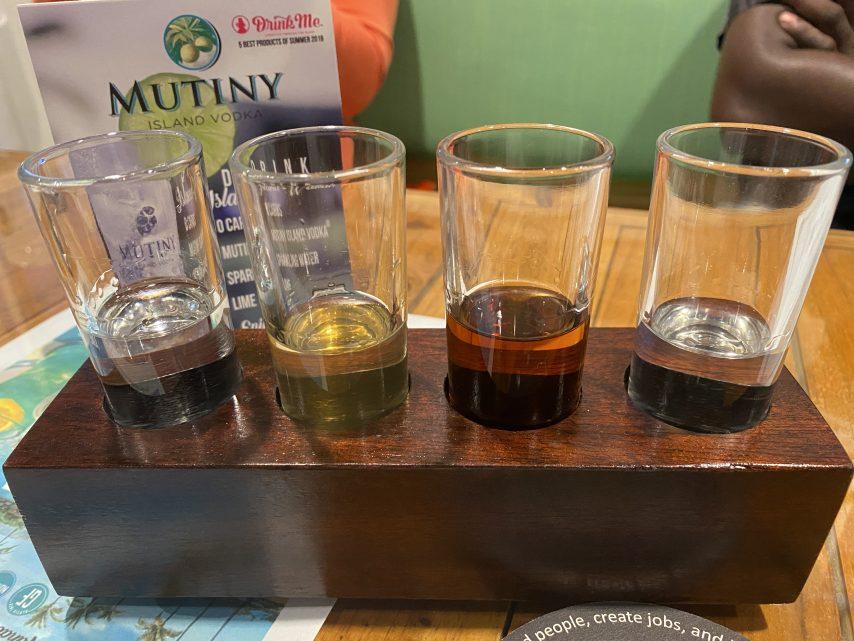 Serendipity has provided a new take on the old adage, when life gives you lemons, make lemonade. On the US Virgin Island of St. Croix it’s become when life gives you breadfruit, make vodka. Watching the short shelf life of ripened breadfruit go to waste on the ground post Hurricane Maria, founder Todd Manley took a stab at fermenting the endemic fruit in the same manner that vodka is produced with corn, grain and potatoes. The result is MUTINY Island Vodka, a gluten free and velvety version of the popular drink.

Breadfruit is a widely grown fruit that prospers with little or no care and grows virtually everywhere throughout the Caribbean and Indonesia. A single eight year old tree can produce upwards of 700 fruit per year making it a viable source for its many uses as can be fried, roasted or boiled but for the purpose of making vodka the fruit must be dehydrated.

This unique proprietary process takes place at the company’s Sion Farm Distillery, a converted dairy plant. Dehydrated breadfruit pulp is first soaked in filtered rainwater and treated with a specific blend of yeast in gleaming stainless steel tanks. As with all vodka production, the resulting fermented product is then sent through tubing lines to a massive copper vat and is subjected an intense distilling procedure. Once the final product is obtained, it then moves onto more stainless steel tanks awaiting bottling and flavoring. In addition to the standard vodka, the company produces a coffee vodka, hot pepper vodka and root vodka spiced with ginger and turmeric. 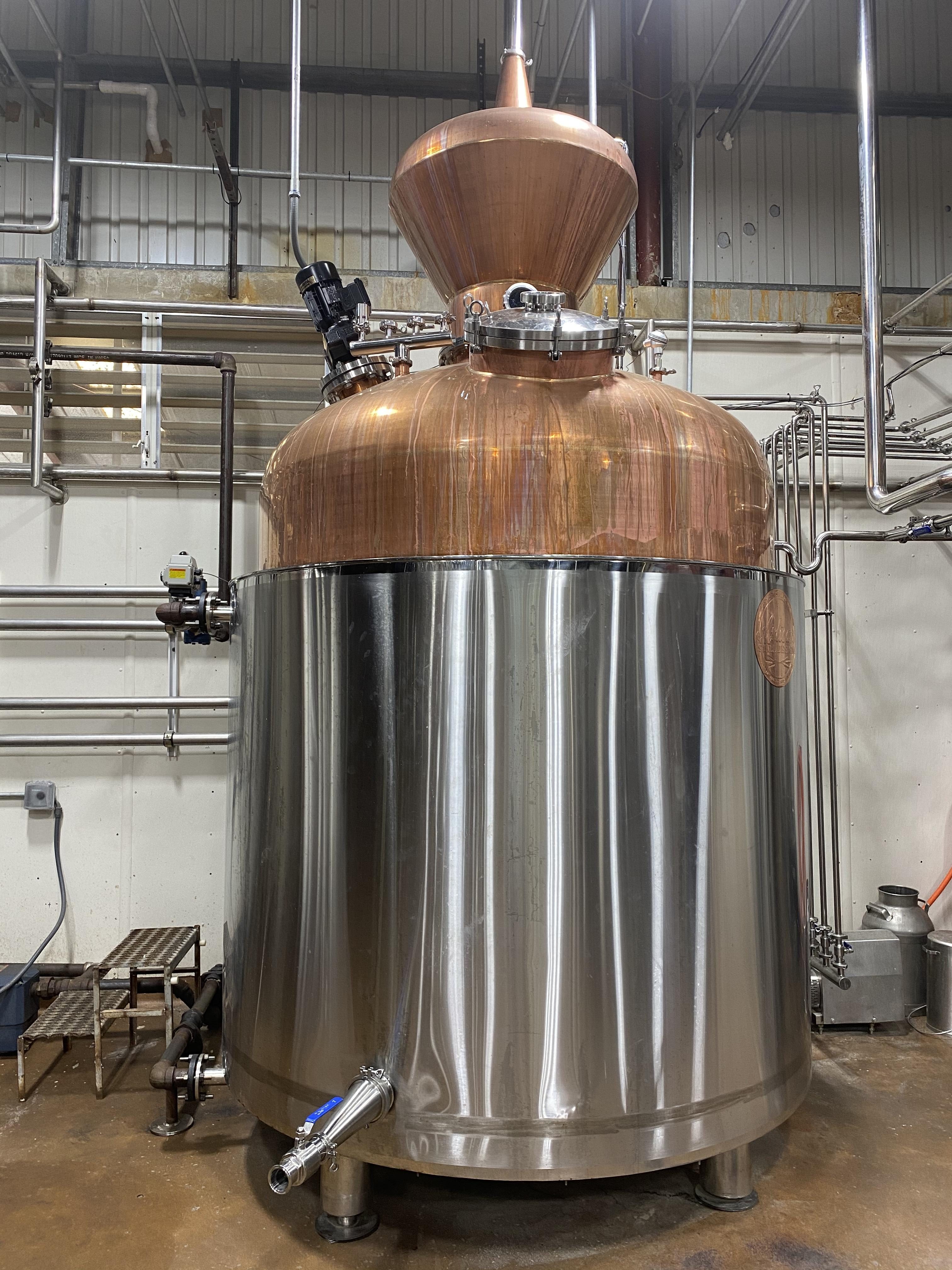 With the world placing a heightened emphasis on sustainability, MUTINY Island Vodka is showstopper. After distillation there is an inherently large percentage of the undrinkable alcohol that would normally go to waste, but here the byproduct is further refined into a company branded hand sanitizer. Other cast off materials are provided to farmers for fertilizers and insecticides. The trees themselves sequester tons of carbon from the atmosphere, mitigating global warming.

Current needs require the importation of the dehydrated breadfruit but the company has implemented the planting over 4000 trees on St. Croix to assist with the escalating demand. An additional 20,000 trees are needed and the company has encouraged the local agricultural community to become involved with this effort. Currently, the Department Of Agriculture has plans for the installation of a dehydrating machine that will greatly enhance endemic productivity and create new employment opportunities.

As one of the highest yielding food plants in the world, breadfruit is a great source of complex carbohydrate, fiber and vitamins. MUTINY Island Vodka is donating a portion of their proceeds to the Trees That Feed The World Foundation, an organization promoting the propagation of breadfruit in an effort to alleviate hunger in tropical countries. 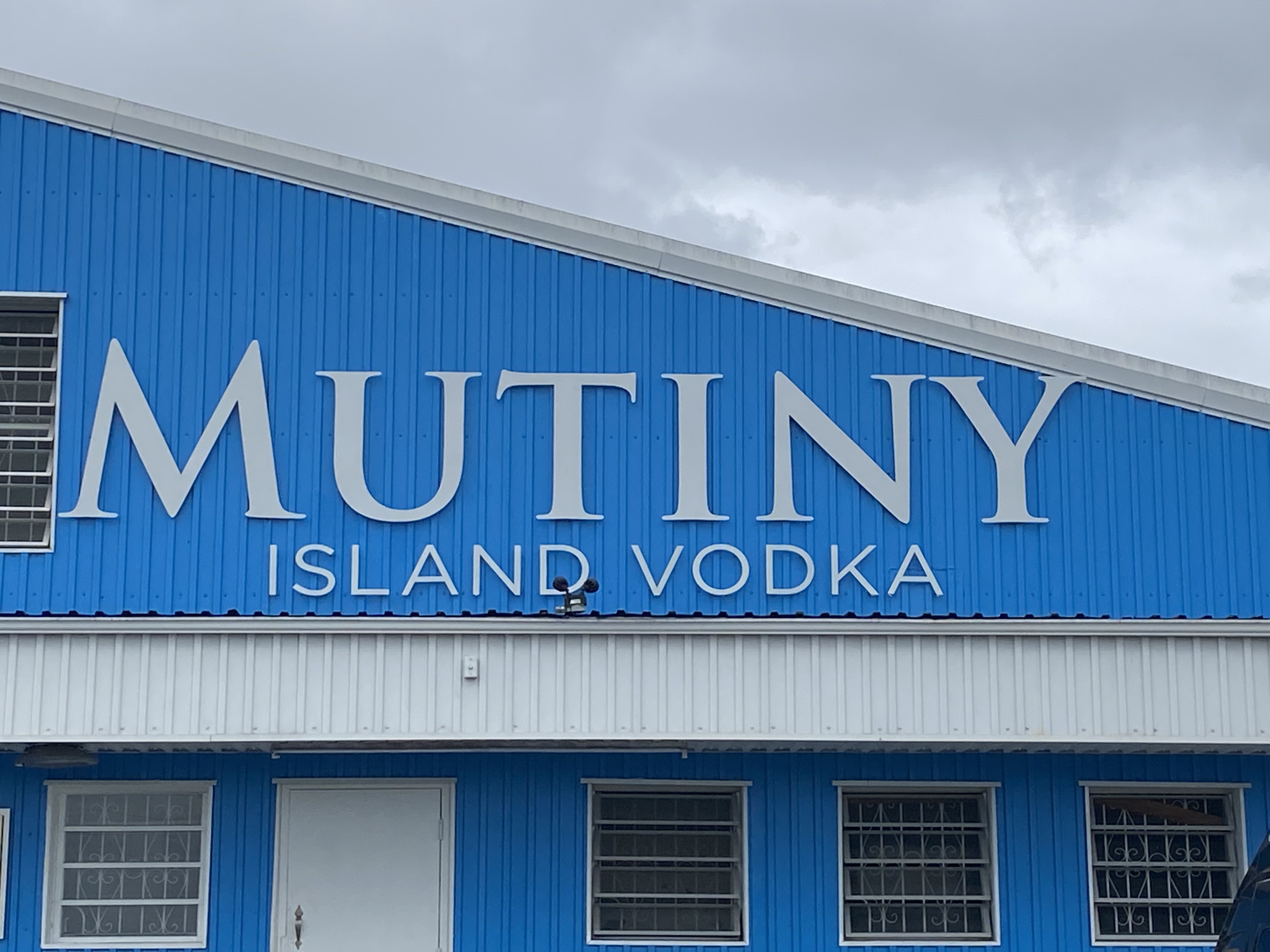 With the Captain Morgan and Cruzan brands dominating the rum heritage of the island, it’s hard to imagine that vodka would become a locally produced libation. However, within just three short years, the organization is producing over 500,000 bottles per year with expectations to produce over 2 million per year in the very near future. They currently have distribution channels that supply MUTINY Island Vodka to a good portion of the east and southeastern United States with plans for rapid expansion to 49 states.

Visitors to the distillery are treated to complimentary tours of the facility conducted by the company’s own master distiller. Following the informative tour, participants may choose to experience a flight of four different vodkas or choose to savor the product blended into unique mixed cocktails and concoctions. To make the visit extra special, a small onsite cafe serves up a menu of delectable small bite entrees, perfectly paired for enjoyment alongside the adult beverage. For more information or to schedule a tour, visit www.mutinyvodka.com.