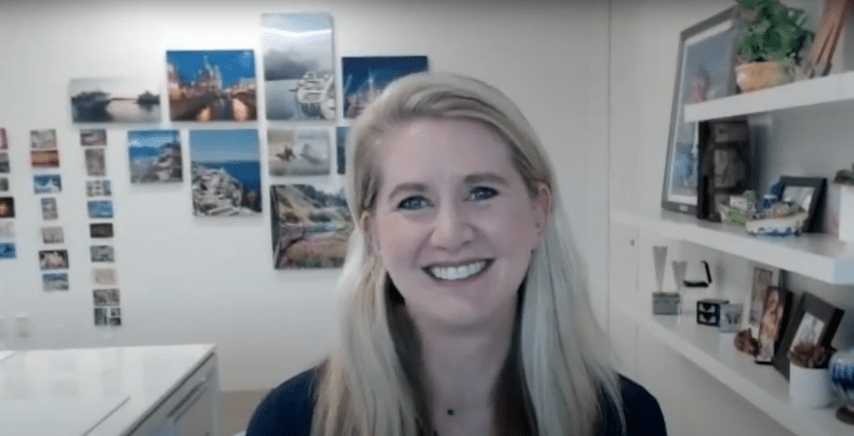 Considering she’s been with Princess Cruises for nearly two decades, it’s safe to say there’s nobody better to give us the latest cruise news than President Jan Swartz.

With all the cruise headlines these days, you may have missed that Enchanted Princess, the line’s newest ship, is set to welcome passengers for the first time in just a few months. In an exclusive interview with Porthole Cruise Editor-in-Chief Bill Panoff, Swartz lets us know what she’s excited to see on board and what we can expect in terms of when cruising will return to action. Princess also has a brand new health and safety protocol ready and Swartz was happy to explain what enhancements guests will see on board. Check out the full interview with Princess Cruises President Jan Swartz below!

Are People Scared to Travel?

One of the factors that led Princess Cruises to shut down operation until December wasn’t due to a lack of safety, but the public’s attitude towards travel in general. If people don’t think flying is the right thing to do, then it limits their cruise options dramatically.

“The majority of our guests join our cruises by first taking a flight. As you can imagine in the current market environment with highly reduced flight capacity and all sorts of other travel complications, we thought it was most prudent and courteous to our guests to let them know that it may be until December until we start sailing again. I would expect sister brands like Carnival Cruise Line that are more homeport cruising, meaning drive to markets, where you can drive in your car to catch the ship, in say, Houston, TX, that they may start before Princess and then we hope to be a fast follower.”

When asked about the new health and safety standards Princess Cruises is working to implement, Swartz explained that it was a group effort by all the brands at Carnival Corporation to get the best possible information from health and science professionals across a number of disciplines. While they’ve made improvements in nearly all aspects of cruising, she said the finished report needed further approval.

“We are due to complete our protocols this week to be submitted along with CLIA, the Cruise Line Industry Association, to the U.S. CDC early next week,” she said.

Should the CDC lift their no-sail order, we could see cruises from U.S. ports as early as November, though Princess would most likely stick to their December timeline.

Is There a Cruise Industry Bias?

Ruby Princess made headlines all over the world back in March for all the wrong reasons. After a closer look at what happened, we now know that Princess Cruises correctly followed all protocols during the disembarkation of Ruby Princess in Australia. Getting things right months later doesn’t do any good for a cruise line who had to endure salacious headlines all over the world. We asked Swartz what she thought of the coverage at the time.

“I think at that time, everybody was making best efforts to fight this invisible enemy and I think the media is the media. They’re going to pick whatever headline drives the most clickbait,” she said.

Lost in all the negative headlines was the news that Princess would soon add another ship to their fleet. Enchanted Princess took a little longer to complete due to the pandemic, but from what Swartz had to say, the ship will be well worth the wait. Technology is nothing new on Princess ships, but it sounds like the cruise line is using every advantage to make cruising as seamless and enjoyable as possible.

“Princess MedallionClass cruising will offer touch-free embarkation, touch-free payment with MedallionPay and also we have capabilities like OceanNow which is similar to UberEats that allow us to support physical distancing in incredibly unique ways. And so OceanNow allows our team and our guests to pick whatever location they want to be in and we will serve them whatever food, drink, retail product, or service call they need to their spot on the ship.”

Have you cruised with Princess Cruises? Let us know in the comments!