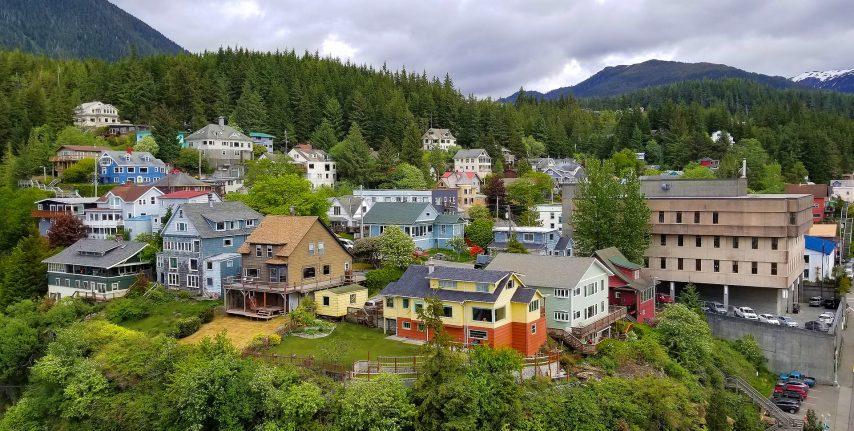 While most cruise ship enthusiasts marvel at the size and grandeur of today’s megaships, those at Port Ketchikan in Alaska see a major problem in the making. According to local radio station KRBD, Ketchikan is apparently in talks with Norwegian Cruise Line to increase the limited number of mega-ships which can dock in town at once.

While there are four cruise ship berths at Port Ketchikan, only one is large enough to accommodate new plus-sized cruise ships carrying thousands of passengers. This is obviously a big problem for cruise lines like Norwegian, whose new ships are comically large compared to those of the past.

Talks of new docks are nothing new, but thanks to a partnership with Ward Cove Group and Godspeed Inc, local Alaskan companies, Norwegian Cruise Line may have a fast track on getting it done once and for all.

KRBD in Ketchikan is reporting the deal would revolve around space formerly occupied by Ketchikan Pulp Co., a now-defunct paper mill just 7 miles north of downtown. The cost to retrofit the mill into a cruise dock? An estimated $150 million and over a year’s worth of construction time.

Why Does Ketchikan Need New Docks?

In an interview with KRBD, Trevor Shaw, a spokesperson for the project, explained that the new docks coincide with an increase in tourism and the need for more space.

“The conversation really became, how do we capitalize on the growth of tourism in Ketchikan while also solving the issue of congestion and creating more capacity, (for) the flow and the overall experience for not only the visitors, but the people who live here year round,” Shaw said.

Since Norwegian Cruise Line is footing at least a portion of the bill, it seems likely that their ships will have priority docking at the new berths. Just last year, Norwegian Bliss became one of the largest ships to ever sail Alaska and signs point to even bigger ships on the horizon.

Have you cruised to Ketchikan? What did you think of the port facilities? Did you feel like the town was overcrowded with just one megaship in town? Let us know in the comments below!

This is an updating story from Porthole Cruise Magazine. We will provide more information as it comes available.