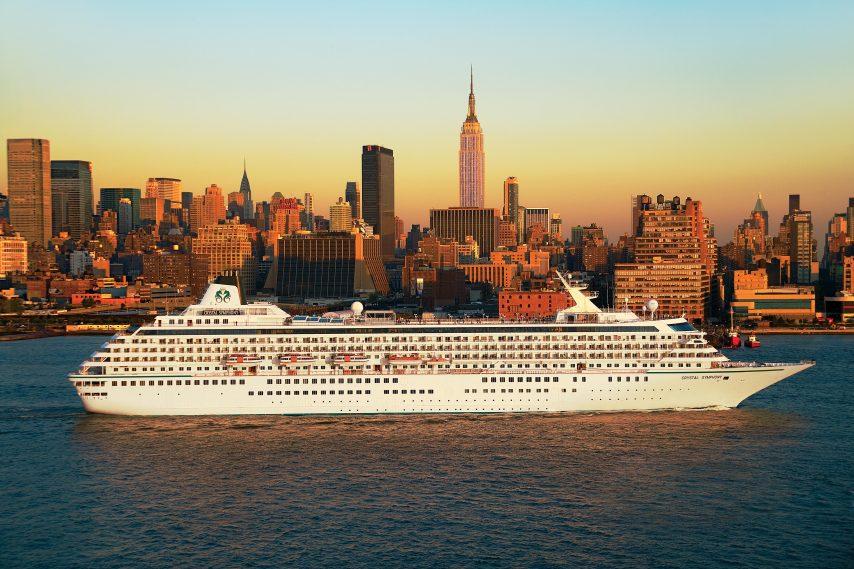 According to a report from news outlet amNewYork Metro, New York City will reopen their cruise terminals starting in late September. The news comes as other popular ports like Boston and Tampa Bay are also in the process of reopening their terminals for cruise ships starting in the late Summer and early Fall.

Royal Caribbean’s Oasis of the Seas left from Cape Liberty in Bayonne, New Jersey yesterday on a six-day test cruise with a planned call at the company’s private island in the Bahamas – Perfect Day at CocoCay. The ship is the largest to ever sail from the region.

In an email to amNewYork Metro, the city’s Economic Development Corporation spokesman Chris Singleton told the news outlet they are working with both Norwegian Cruise Line and Crystal Cruises on a return starting at the end of next month. Stapleton also revealed the city hopes to have between 50 and 60 cruises depart from NYC by June of next year.

There are three major ports in the NYC area where cruise ships embark – the Manhattan Cruise Terminal, the Brooklyn Cruise Terminal and the Cape Liberty Cruise Port. The Economic Development Corporation did not have any updates on when cruises would begin from the Brooklyn terminal, but the other two will be open and operational for revenue cruises in September.

Cruising from NYC: What You Need to Know

Cruise lines hoping to restart from NYC will need to enter into an agreement with both New York City and the state of New York that they will comply with all CDC guidelines for cruise ships. City officials also outlined enhanced cleaning protocols for the terminals which include more air filtration, regular sanitization throughout the day and the usual mask-wearing and social distancing for all passengers. All passengers and crew on ships departing from NYC will also need to be fully vaccinated against COVID-19.

Pre-pandemic, New York City was one of the most popular cruise ports in the world, seeing well over 1.5 million passengers each year pass through its three terminals.

Have you cruised from New York City? Let us know in the comments!