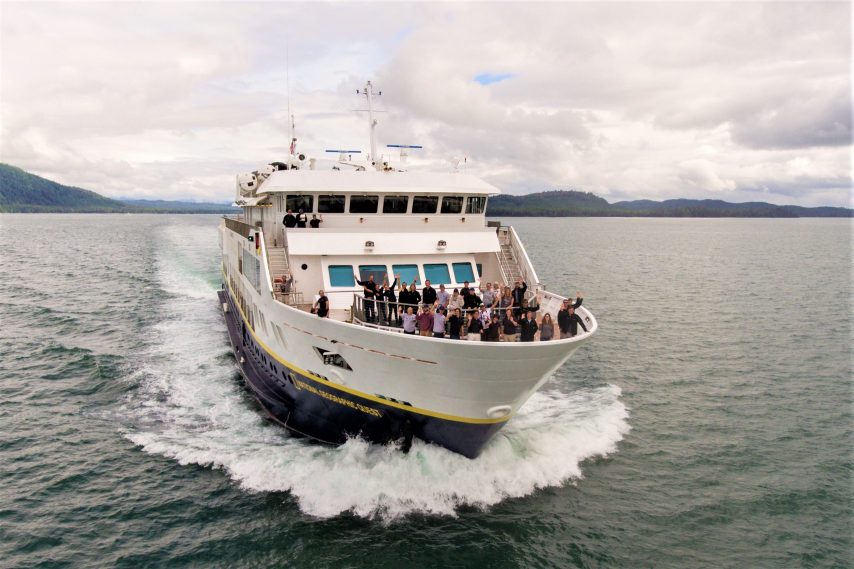 Lindblad Expeditions’ National Geographic Quest, the line’s first newbuild in the history of the company, commenced her inaugural voyage this past weekend as she set sail from Juneau for an 8-day expedition exploring Southeast Alaska. The state-of-the-art expedition ship was designed and purpose-built in the United States.

Sven Lindblad, CEO and president of Lindblad Expeditions, commended the team on the achievement, saying, “You all must feel a deep sense of pride and accomplishment, you have all worked tirelessly to make this possible, and are a part of history having played an important role in the building and launch of the most sophisticated and beautiful ship built in the U.S. in decades.”

The 100-guest National Geographic Quest will sail the “Exploring Alaska’s Coastal Wilderness” expedition through August 26, and will finish off the Alaska season with a “Treasures of the Inside Passage: Alaska and British Columbia” departure on September 2, 2017.

The ship will then remain in the Pacific Northwest for a series of new voyages between Seattle and Vancouver, with stops in the San Juan Islands, Victoria, Alert Bay, and more far-reaching stops in British Columbia’s channels and fjords. Beginning in December 2017, she will reposition and operate expeditions in Costa Rica and Panama before kicking off a series of new voyages in Belize and Guatemala starting in February 2018.