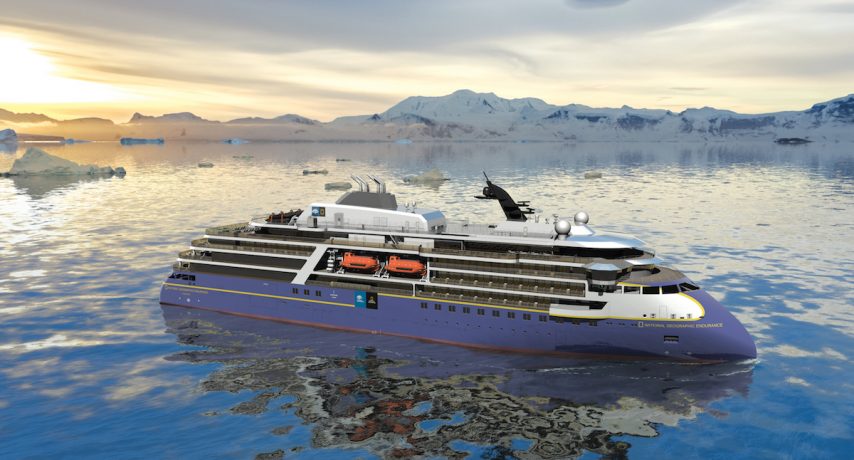 In 1914, polar explorer Ernest Shackleton attempted to make the first land crossing of the Antarctic continent on his vessel, the aptly named, Endurance. The journey was recognized as the last epic feat in the Heroic Age of Antarctic Exploration. More than 100 years later, Lindblad Expeditions­–National Geographics unveils the namesake and a new age of arctic expeditioning in the National Geographic Endurance.

Discover a hidden world of tiny organisms, the building blocks of the marine ecosystem, at 80x magnification with a video microscope. Onboard naturalists will explain each element of the harsh environment giving onlookers a new appreciation for an otherwise unobservable world. On a much larger scale, underwater hydrophones transmit haunting sounds of the deep through the ship’s PA system in real time, amplifying the presence of marine life all around.

“We are very very focused on the intersection of travel and science,” says Sven Lindblad, CEO & President of Lindlad Expeditions, “This will be a platform for gathering science that I believe and we all believe will be extremely valuable in increasing our knowledge of the world and all that is in it.”