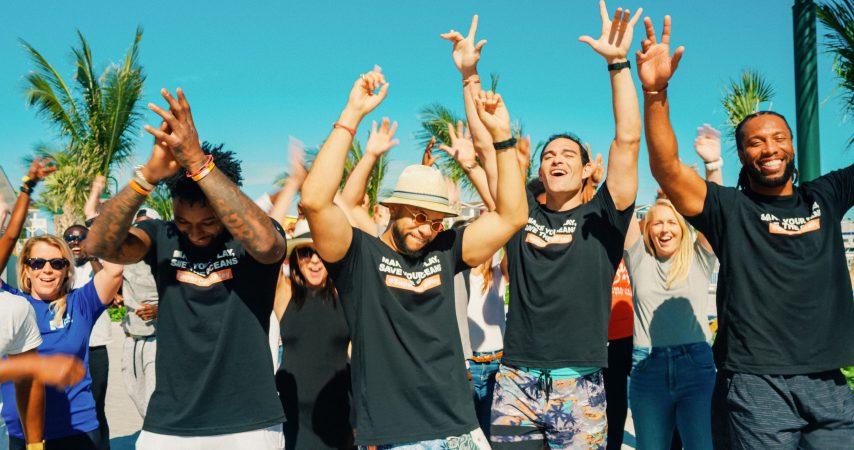 MSC Cruises, in partnership with the MSC Foundation, announced a major campaign to help protect and preserve coral reefs at an event in Miami on Thursday. MSC is partnering with the Miami Super Bowl Host Committee, the University of Miami Rosenstiel School of Marine and Atmospheric Science, Nova Southeastern University as well as current and former NFL players Jarvis Landry and Mark Sanchez who joined via video call in an effort to raise awareness about the alarming destruction of coral reefs.

The campaign included the NFL players visiting MSC Cruises’ private island Ocean Cay and seeing firsthand the efforts being made to restore the surrounding reefs. They also shot a music video which premiered at the introductory press conference.

Why are Coral Reefs Important?

Coral reefs are among the most diverse ecosystems in the world and 25% of the species in our oceans reside within them. The National Oceanic and Atmospheric Administration notes that 84% of the United States coral reefs are located off the coast of Florida, and they play a major role in providing food for humans and helping prevent erosion. The problem is that scientists predict most coral could be gone in the next two decades. Since the 1970’s, Florida has lost the vast majority of its healthy coral and that is having a profound impact on Florida’s marine ecosystem. The term ‘super coral’ comes from the species that have survived the global mass extinction of coral. If scientists can understand how this coral can survive extreme conditions, they may be able to use it to regrow the world’s coral reefs as the climate continues to change.

During a press conference on Thursday January 16th, representatives from the many different organizations involved introduced the campaign and explained their involvement. The panel included President and CEO of MSC Cruises Rick Sasso, Chair of the Advisory Board of the MSC Foundation Matthew McKinnon, Executive Director of the Miami Super Bowl Host Committee Ray Martinez, Professor of Marine Biology and Ecology at the University of Miami Dr. Chris Langdon and Dr. Richard Dodge of Nova Southeastern University.

In Their Own Words

“A #SuperCoralPlay is a simple action a person or business can take or pledge they can make to join the movement to help protect and preserve coral and reduce human impacts on the environment. Found at SuperCoralPlay.org, the campaign encourages people and businesses to share the message through the power of music using the official Super Coral Play song; donate to the cause to support scientific research in Florida and at Ocean Cay into Super Coral and to make a simple change in their life or business operations that will positively impact the environment,” Dr. Langdon said.

“Over the years, at the newly-established marine protected reserve at Ocean Cay, more than half of the coral has already died. Similarly the ecological reef treasures of Florida – the coral state of the US – have been decimated, damaging marine life and leaving greater Miami exposed,” added McKinnon. “If we act now, we still have a chance to help the reefs and the marine life and the benefits they offer to communities. We need to contain ocean warming with more done to reduce emissions and we need to experiment and invest in research and development of Super Coral as well as advanced applied science to help regenerate resilient reefs, which is work MSC Foundation is developing in coordination with key international and local partners at Ocean Cay.”

Want to learn more about how you can help prevent the destruction of coral reefs? Use the hashtag #SuperCoralPlay on social media and visit supercoralplay.org for more information.