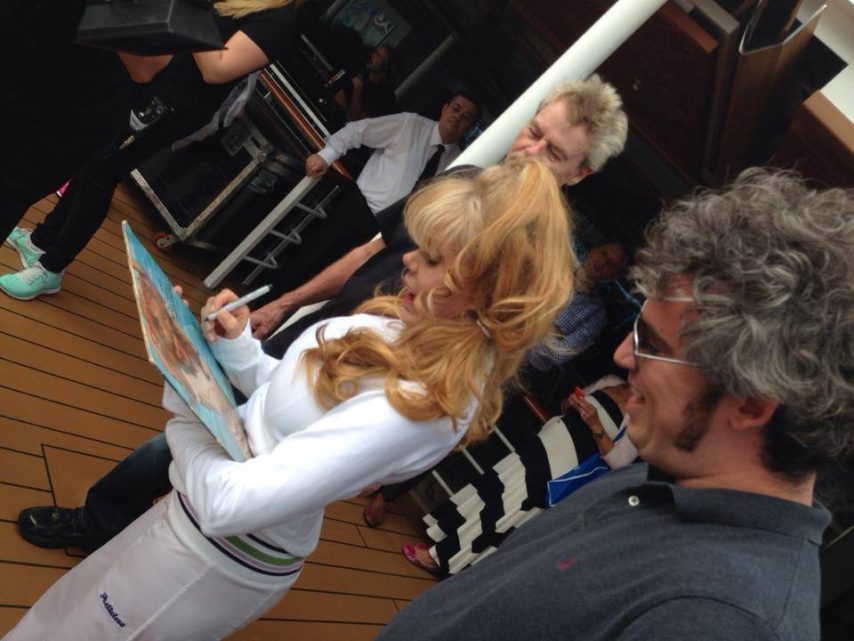 Walking around the 3,560-passenger Regal Princess, docked in Port Everglades for its christening ceremonies this week, was like walking through your childhood – if your childhood included 1970s and 1980s TV.

There was Don Most (Ralph Malph) from Happy Days, Joyce DeWitt from Three’s Company, Jamie Farr from M*A*S*H, Christopher Knight (Peter Brady) from The Brady Bunch and Adrian Zmed from T.J. Hooker, and that’s just the beginning.

Some 25 actors gathered to help christen Princess Cruises’ newest ship, sharing in common that they all appeared on The Love Boat, the popular show about shipboard romance, which ran on ABC from 1977 to 1987 – with some segments actually filmed on two early Princess ships, Pacific Princess and Island Princess.

Princess Cruises cleverly made The Love Boat and love in general the theme for the Regal Princess naming, with six members of the TV show’s original cast serving as godparents.

Gavin MacLeod (Captain Stubing), joined by Julie and Gopher and Isaac and Doc and Vicki, pulled a lever sending a record 50 bottles of champagne smashing against the ship’s hull and a large, 51st bottle across the pool deck.

Stealing the show, Charo did her “cuchi-cuchi” and also impressed the invited crowd with her flamenco guitar playing. Jack Jones reprised his Love Boat theme song with the catch phrase, “Come aboard, we’re expecting you.”

Regal Princess embarked Thursday on a three-day cruise to the Bahamas, the start of the ship’s inaugural Caribbean season.

Aboard the three-day sailing, Porthole’s Fran Golden will put her own love on display, marrying fellow cruise writer David Molyneaux in a ceremony at sea.