Kickin’ Back in Quebec City

Sure, there are guidebooks that list every restaurant and attraction in destinations around the world. But Porthole’s “Like a Local” department goes straight to the natives, who truly know the way to go. 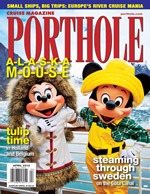 I’ve lived in Quebec City since 1984, when I moved here from my native Ontario to spend a winter learning French and skiing. Turns out I got more than I bargained for when I met my future wife on the slopes of Mt. St. Anne, a popular ski resort a half-hour from the heart of Quebec City.

I’ve spent the past 20 years as a freelance journalist covering Quebec City, and have watched it grow and blossom into an A-list destination for savvy travelers. But apart from the city’s bewitching beauty, its fabulous restaurants, and its Old Europe charm, it’s the people here who have always given Quebec City its fun and friendly vibe.

In colonial times and the age of sail, Quebec City was known as North America’s Gibraltar. You’ll quickly see why when you head for the historic Upper Town, the only walled neighborhood north of Mexico. Begin with a walk along the city’s famous ramparts to admire the breathtaking views of the river and surrounding countryside. Take a bus, taxi, or walk to the castle-like Fairmont Le Chateau Frontenac, which overlooks the port below. Start at the massive bronze statue of Samuel de Champlain and follow the terrace and boardwalk west as it winds uphill for a half-mile along the cliff’s edge to the Plains of Abraham. (Alternatively, take a bus or taxi to the Plains and walk back to the Chateau — but downhill — on the same wooden walkway.)

Enjoy a leisurely stroll through the narrow cobblestone streets of Upper Town and enjoy a cup of the city’s best coffee at Chez Temporel, a small café located on rue Couillard. If you’re hungry, try the Croque monsieur, an open-faced, oven-grilled ham sandwich smothered in baked cheese. You’ll find souvenirs of your visit to Quebec City nearby at rue du Trésor, a claustrophobically narrow alley a stone’s throw from the Chateau, where street vendors peddle the wares of local artists. Avoid the nearby Musée du Fort, which offers lame miniature toy-soldier displays of the famous battles between French and English forces that forged modern Canada 250 years ago.

To get back to your ship, walk down or ride the funicular next to Champlain’s statue to the Lower Town. Stroll along the Petit Champlain, another narrow walkway that is jammed with tourists, restaurants, and small boutiques loaded with high-end souvenirs including soapstone statues, furs, and jewelry. In addition to the colonial architecture and Place Royale, a public square that revolves around a bust of France’s “Sun King,” Louis XIV, check out the two massive murals that portray many of the movers and shakers from more than 400 years of European civilization here.

It’s hard to leave the scenic beauty and homey comfort of Old Quebec, but there are other points of natural and manmade beauty a short drive from the port. Take a tour bus or taxi to St. Anne’s Basilica, the largest Catholic pilgrimage site in North America. Most of the 1 million people who visit the shrine annually do so in July, when the birthday of Jesus’ venerated grandmother, St. Anne, is celebrated. But the massive church, which is located on the highway that leads to the Mt. St. Anne ski resort and the famous Charlevoix tourism region, is worth a visit any time of year. The many small shops near the church also offer many of the same souvenirs as shops in Old Quebec, but at two-thirds the price.

Other nearby attractions worth visiting include the Montmorency Falls and the federally owned wildlife sanctuary at Cap Tourmente (Cape Torment), a trail-laden, bird watchers’ paradise and a major staging ground for tens of thousands of snow geese during their annual migrations in the spring and fall.