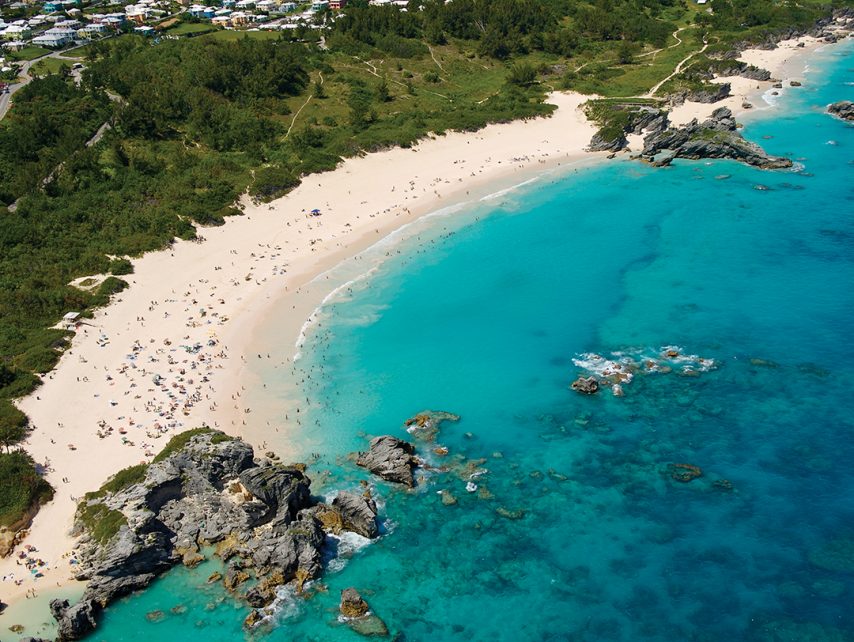 Close the guidebooks and let a local from Bermuda lead the way.

Thanks to the upcoming arrival of the 35th America’s Cup in June 2017 — indeed the world’s most prestigious sailing regatta — Bermuda is in the midst of a tourism renaissance. New hotels are being built; existing resorts are getting massive facelifts; and restaurants, shops, and attractions are popping up every day. These are exciting times for this 21-square-mile island nation where I’ve lived and worked as a journalist since 2009.

And while Bermuda’s natural beauty and well-preserved colonial history continue to lure visitors by air, cruise arrivals have steadily been on the rise — up 10 percent from 2015, with 407,000 visitors expected this year alone. So step ashore and see what the rest of the world is about to find out.

If you don’t feel comfortable driving a scooter on the left-hand side of the road and you’d rather not shell out for pricey taxis, Bermuda’s public transportation system is a reliable and affordable way to get around. Just a short walk from the Royal Naval Dockyard cruise pier, board a 30-minute ferry to the capital city of Hamilton or a scenic 45-minute cruise to the historic town of St. George’s (where some ships dock). Busses are widely available too; look for blue poles along the roadside, which denote routes heading east and pink poles for travel to points west.

No visit to Bermuda is complete without a day spent on one of its famed pink-sand beaches, all of which are free and open to the public. The most popular of the bunch is Horseshoe Bay, a sweeping pink-sand crescent easily reachable from the Dockyard cruise pier by hopping on the number 7 bus. Once there, you’ll find changing rooms with showers, chair and umbrella rentals, and the Rum Bum Beach Bar, a new beachfront restaurant serving burgers, seafood, and salads. Horseshoe Bay gets busy, so for a slice of sand all your own, walk east along the shoreline to explore secluded coves and bays.

Don’t forget: Bermuda is located in the Atlantic Ocean about 650 miles due east of Cape Hatteras, North Carolina. Simply put, it’s nowhere near the Caribbean, which means “No Shoes, No Shirt, No Problem,” does not apply. Unless you’re at the beach or pool, make sure you’re wearing a shirt or cover-up to avoid stares from locals.

You can’t leave the island without trying a bowl of Bermuda fish chowder, a spicy seafood and vegetable stew traditionally eaten with a dash of Gosling’s Black Seal rum and Outerbridge’s Sherry Peppers Sauce. It’s hard to find a restaurant that doesn’t serve this national dish, but for a bowl of the best, head to the Hog Penny Restaurant & Pub, a classic English pub in Hamilton.

The Best $10 You’ll Ever Spend

If Bermuda’s national cocktail is the Dark ‘n’ Stormy — made with Gosling’s Black Seal rum and spicy ginger beer — then the official runner-up is the Bermuda Rum Swizzle, a potent rum punch made with Gosling’s Black and Gold Seal rums, orange and pineapple juices, Angostura bitters, and a local sweetener called falernum. Try the original at the Swizzle Inn in Bailey’s Bay, a beloved dive bar and restaurant where patrons are encouraged to scribble graffiti, affix stickers, and tack business cards to the walls. Not on the east end? Then try its sister bar, the Swizzle Inn South Shore in Warwick Parish.

Want an earful from a local? Ask about Cup Match, an annual two-day cricket tournament when banks and businesses shut down so sports fans can watch the….