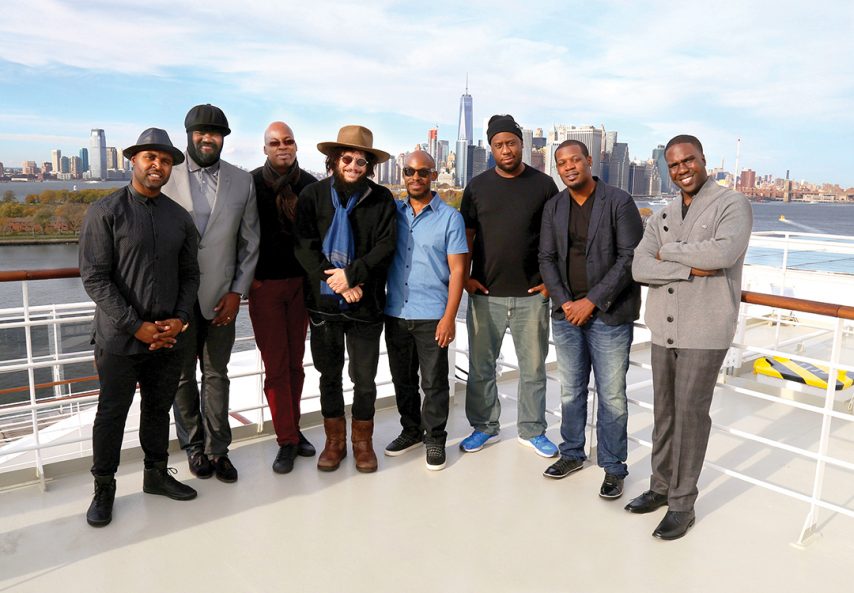 Grooving Across the Atlantic

Enjoy the sounds of Jazz at Sea aboard Queen Mary 2

Once in a while something comes along that seems so obvious, people wonder, “Why didn’t anyone think of that before?” At least, that’s what I was thinking as I sailed on the inaugural Jazz at Sea Transatlantic Crossing aboard Queen Mary 2 this past fall. The cruise, the first of three scheduled so far, is a partnership between Cunard Line and the jazz label Blue Note Records, both of which recently celebrated milestones — Cunard celebrated its 175th anniversary in 2015, while Blue Note turned 75 in 2014.

Both companies have a long history of legendary accomplishments. Cunard was the first in the cruise industry to offer regularly scheduled transatlantic service and its high level of luxury and service set the bar for those who followed. Jazz has long been appreciated on Cunard ships and Duke Ellington, Ella Fitzgerald, and a score of other jazz singers and musicians have sailed and performed on its ocean liners over the years.

Blue Note Records is the most esteemed and longest-running jazz label in the world, with countless legends on its rosters, including Thelonious Monk, Miles Davis, John Coltrane, Horace Silver, Herbie Hancock, Norah Jones, and Van Morrison. Teaming up seems like the most obvious thing in the world for the two brands.

Don Was, the president of Blue Note Records and a celebrated musician and producer in his own right, was on board to make sure everything ran smoothly the first time around, as well as to emcee events and lead question-and-answer sessions. He launched the debut of the partnership with a who’s who of top musicians from the Blue Note label, including the Blue Note 75th Anniversary All Star Band, as well as other performers from the label.

Members of the Anniversary Band include Grammy Award–winning jazz pianist and record producer Robert Glasper, trumpeter Keyon Harrold, tenor saxophonist Marcus Strickland, guitarist Lionel Loueke, bassist Derrick Hodge, and drummer Kendrick Scott. In addition, Grammy Award–winning singer and songwriter Gregory Porter was the special guest star. Each one of the musicians is at the top of their game alone, but put them….