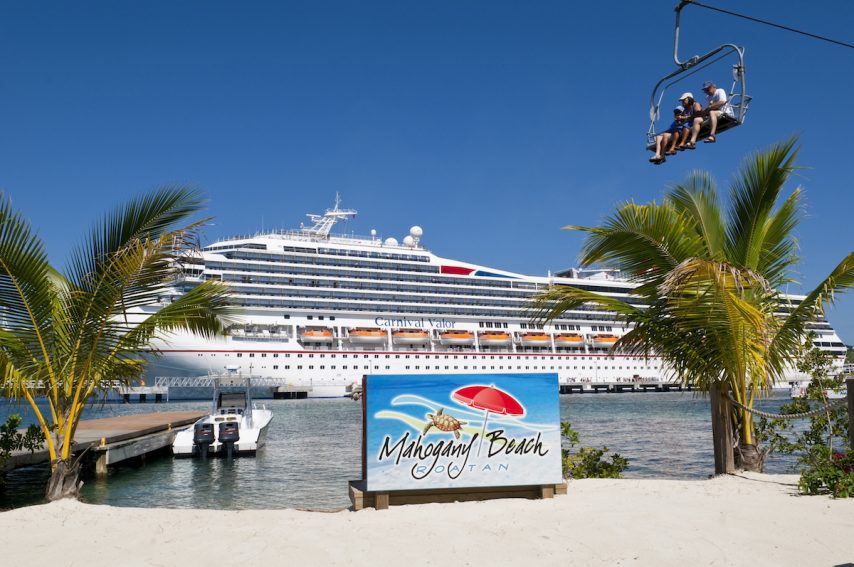 Honduras is Heating Up

Honduras has reported a sharp increase in the number of cruise passengers and cruise ships in 2016 compared with the previous year, reflecting a growing interest in the Central American country.

According to official port statistics, 1,052,738 cruise passengers docked in Honduras in 2016, a 14.7 percent increase over the previous year’s figure of 917,938, and, according to the Honduran Institute of Tourism (IHT) a 3 percent increase in cruises is expected during 2017. In total, 341 cruise ships called at Honduran ports during 2016.

Most cruise passengers visiting Honduras disembark on the Caribbean island of Roatán, some 30 miles north of the mainland. In 2016, Roatán welcomed 1,037,647 cruise passengers, approximately 80 percent of them Americans who were surprised to learn that Roatán is English-dominant, owing to its British colonial legacy.

Roatán is known for its white-sand beaches, pristine bays, and proximity to the Mesoamerican Barrier Reef, the second-largest coral reef in the world. Visitors flock to Roatán to snorkel, scuba dive, and swim among exotic marine creatures while also enjoying water activities such as kayaking, water skiing, sailing, and wakeboarding. Visitors interested in native flora and fauna can also explore the Carambola Botanical Gardens at Sandy Bay, the Gumbalimba Conservation Park, or the quiet islands near Maya Key and Little French Key.

Since the remodeling of Roatán’s main port (Coxen Hole) in 2008, and building Port Mahogany Bay (Dixon Cove) in 2010, more cruise lines sailing the Western Caribbean have incorporated Honduras into their itineraries.

In 2014, Trujillo, situated on Honduras’ northern (Caribbean) coast, became the first continental port in the country to welcome cruise passengers. The development of the port was made possible by a US$30 million investment by Canadian concessionaire Banana Coast to dredge the port and spearhead local beautification projects. Shore excursions include tobogganing, tram rides through Trujillo’s colonial center and nearby nature reserves, kayaking in the Guaimoreto Lagoon, and ATV tours. Passengers can also explore the culture of the Garífunas, descendants of African slaves who arrived in the region between the 17th and 18th centuries.

Puerto Cortés, located in a natural bay on Honduras’ Caribbean coast north of San Pedro Sula, is not only the largest seaport in Central America and the 36th largest in the world in terms of traffic volume, but also an important cruise port. As part of a tour of Puerto Cortés, many cruise passengers head to San Fernando Fortress, one of the few surviving colonial fortresses in the Americas, located in the nearby city of Omoa.

The Pacific Coast of Honduras will soon be able to welcome cruise passengers, as Honduras hopes to open the Amapala cruise port on Isla del Tigre (Tiger Island), just off its Pacific Coast, in 2018. Amapala’s naturally deep channel will easily allow ships to dock, without requiring further dredging.