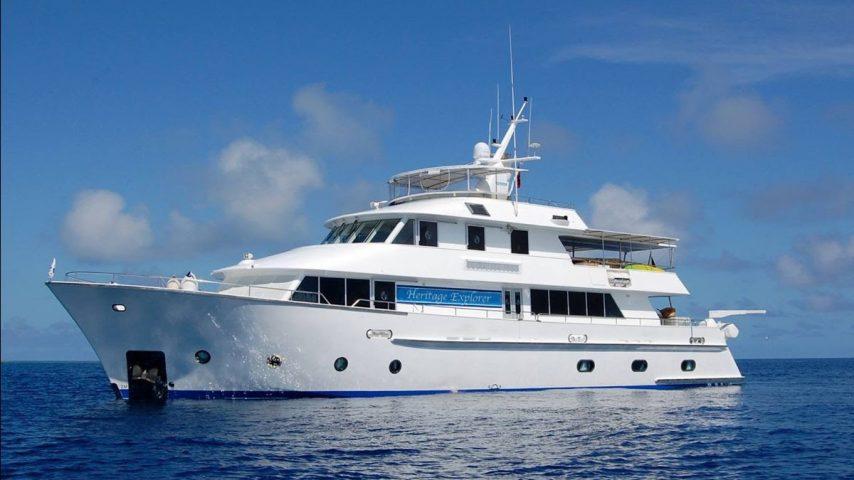 One of New Zealand’s small ship adventure cruise lines has a new addition to their fleet! Heritage Expeditions announced the acquisition of the 18-passenger yacht Heritage Explorer which will be used on adventure tours around the coast of New Zealand. The new ship brings the company’s fleet to three alongside Spirit of Enderby (Professor Khromov) and Akademik Shokalskiy.

The ship, formerly known as Suwannee River and Kalibobo Spirit, is 30 meters (98 ft) and was built in 2004 by Carey’s Boatyard in Picton, New Zealand before being refitted in 2007. The ship will begin operation this summer for New Zealand citizens, known affectionately as ‘Kiwis’. 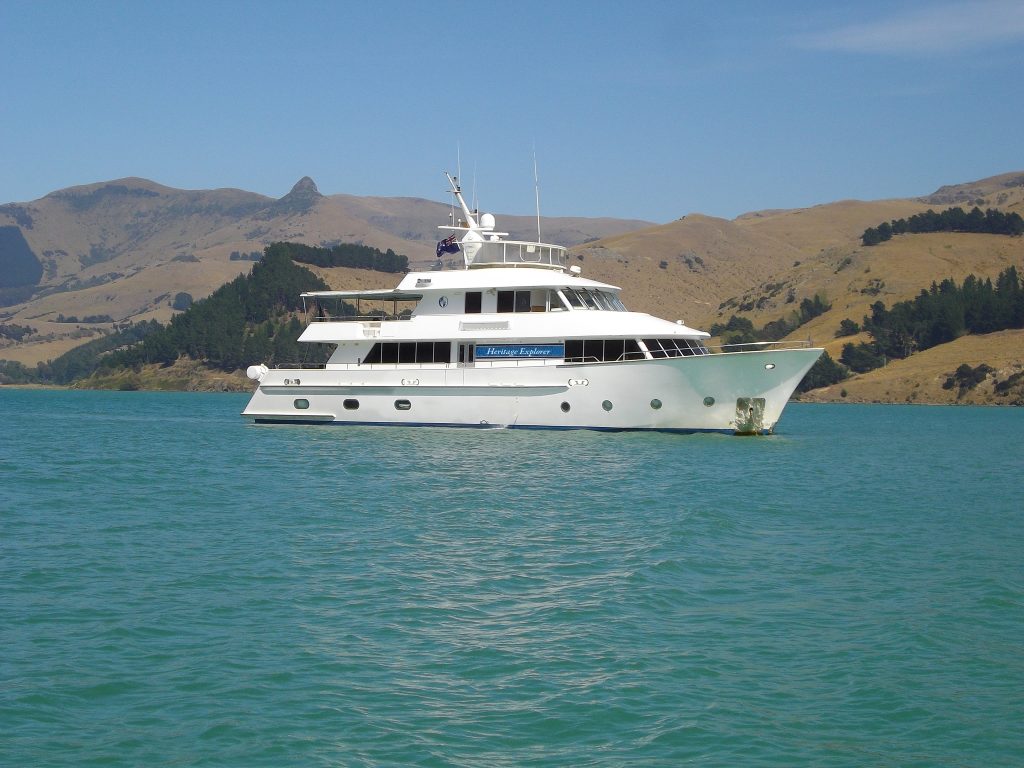 “Operating a Kiwis-only summer season has shown us that New Zealanders are as passionate as ever about exploring our amazing backyard and Heritage Explorer will offer a more accessible and intimate variation of our traditional voyages,” said Heritage Expeditions Director and Expedition Leader Aaron Russ. “We are really excited to bring a new style of voyage to destinations we know intimately, and offer more in-depth exploration experiences of New Zealand.”

The ship features a modern wood-finished interior and the Master Suite, Doubles, Twins and Single cabin options all featuring private en suites, windows or portholes, climate controlled air conditioning, PABX satellite telephone and flat screen TV with access to the ships GPS plotter allowing guests to follow their voyage. An open bridge policy means guests are welcome to watch the captain and the crew as they bring the yacht from port to port.

The full size commercial kitchen and professional chefs highlight local produce and any guest catches of the day served in the multitasking dining room with 180-degree views and theatre capabilities. The yacht is also outfitted with kayaks and fishing equipment along with the option for diving charters in the future, while two tenders allow for deeper exploration.

Heritage Expeditions was founded in 1984 with the goal of helping promote sustainable and responsible travel. The family owned company was founded by Rodney and Shirley Russ and is still owned and operated by their son Aaron. The focus on conservation stems from Rodney’s job as a  biologist working for the New Zealand Wildlife Service. Today, the company is located in Christchurch, New Zealand and operates cruises in Antarctica, Russia, the South Pacific and the Subantarctic Islands.

Future itineraries for their new yacht will include the Hauraki Gulf, Bay of Islands, Marlborough Sounds, Stewart Island and Fiordland. Heritage Explorer will also be available for private charter.

Have you taken a small ship adventure cruise before? Let us know what you thought about the experience in the comments!