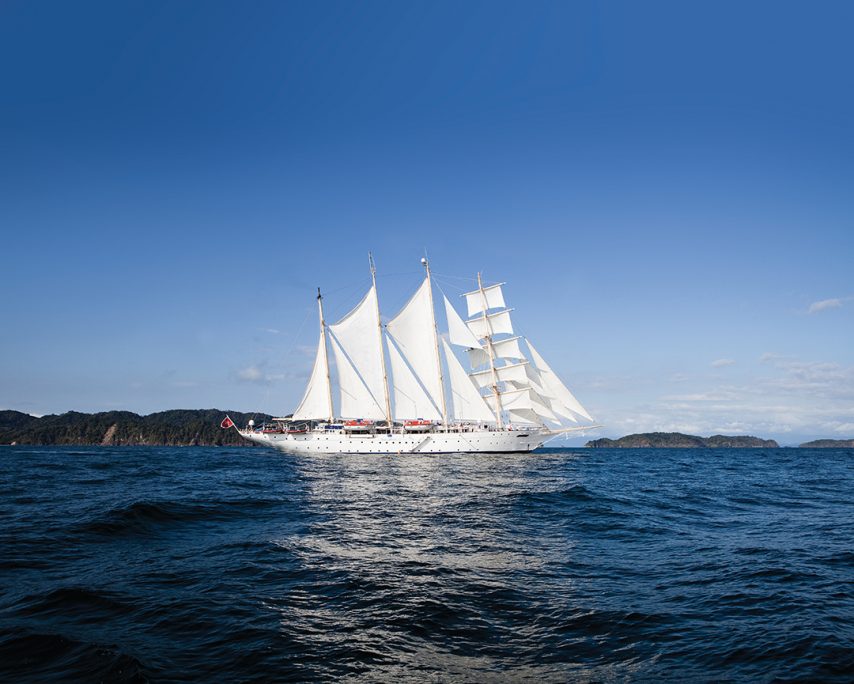 After 30 cruises on the world’s megaships enjoying playrooms and video arcades, my 12-year-old twin sons were finally old enough for a small-ship cruise. We booked a 7-night sailing round-trip from Athens on the 178-passenger Star Clipper, where, besides a cabin TV for movies and Wi-Fi, entertainment boiled down to hanging out with mom and dad in port and learning the ropes of a clipper ship.

While many adults, a mix of mostly middle-aged Europeans and North Americans, chose sunbathing on deck or taking a dip in the small pool, my sons preferred pulling up the sails and climbing the masts. Several times when the ship was at anchor, the adventurous of all ages were invited to don a safety harness and climb a rope ladder to the crow’s nest observation platform 55 feet above the deck.

When they weren’t climbing up, they were crawling down into the net attached to the forward-facing bowsprit mast just a few feet above the waves. This gorgeous replica of a mid–19th-century clipper ship was their playground for the week.

The first full day en route to Kusadasi, Turkey, was the week’s only sea day, and though the sky was blue, 40-knot winds whipped up 15-foot white caps and Star Clipper bucked through the surf. The ship’s sails were raised and taut against the wind, pushing us to speeds of 14 to 15 knots by sail power….

Halloween is right around the corner and the scariest thing cruisers can think of is spending a full nine months on land. Knock on wood, we're at…