Going Ashore in Patmos: An Underated Gem of the Aegean 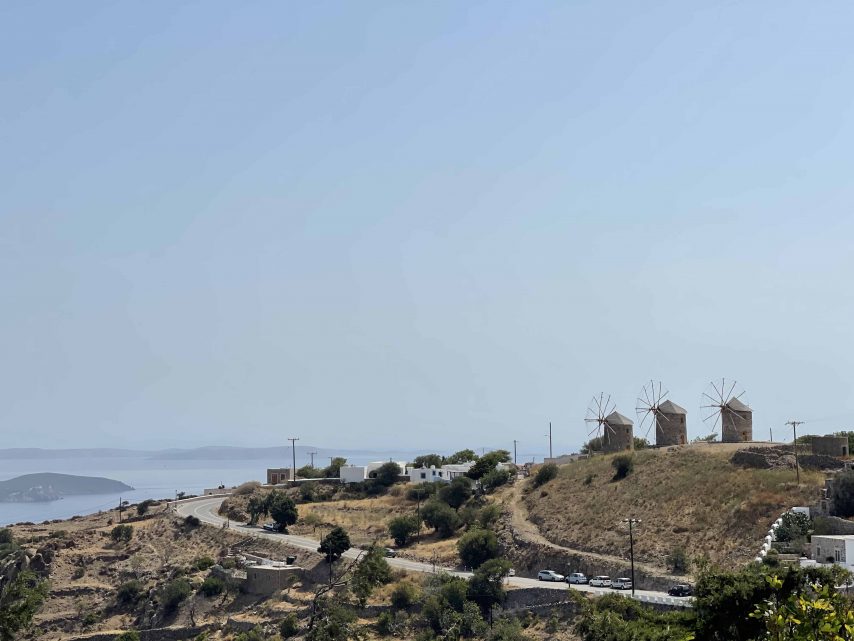 They may not have known it at the time, but the inhabitants of Patmos, a Greek island in the Aegean Sea, were witness to a monumental moment in Christianity. It’s where in 95 A.D., John of Patmos, who’s true identity is still a hot debate amongst scholars of the topic, received the inspiration for perhaps the most unique book found in the Bible – Revelation. The grotto in which his prophetic visions took place is now a UNESCO World Heritage Site and easily one of the most popular tourist destinations on the island.

For guests on board Atlas Ocean Voyages, the chance to visit the very grotto where St. John sat all those years ago is as simple as visiting the land excursion desk on deck 4 of World Navigator. In fact, guests have their choice of excursions on board World Navigator‘s inaugural cruise and they cater to any and all tastes. How does a day lounging on the soft sand and floating in the turquoise waters of Kambos Beach sound? Perhaps a tour of the island’s famous windmills complete with the best panoramic photo spots atop the island’s many hills? Or walk in the footsteps of St. John and marvel at the ancient history of this gem of the Aegean. Atlas knows adventure means something a little different to everyone and their shore excursion options reflect that commitment to providing a personalized experience for each guest. 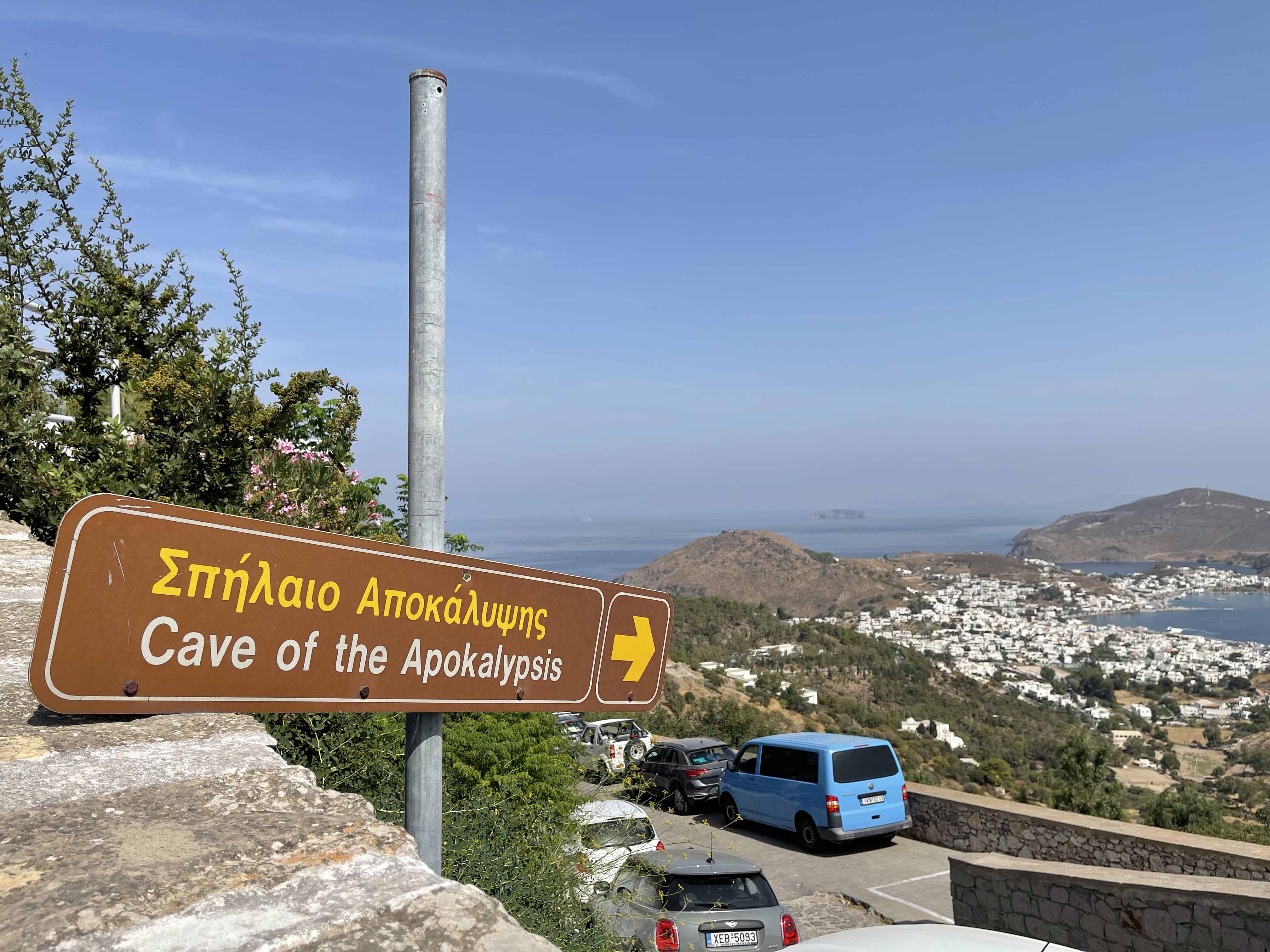 Unlike Nafplio, the first stop on World Navigator‘s first voyage, cruise visitors to Patmos arrive via tender to the narrow section of land the middle of the island. As you disembark the tender, you find yourself in a quaint seaside village with plenty of places to eat, shop and relax. There’s an excellent beach with clear, calm water just a short walk from where the tender arrived. 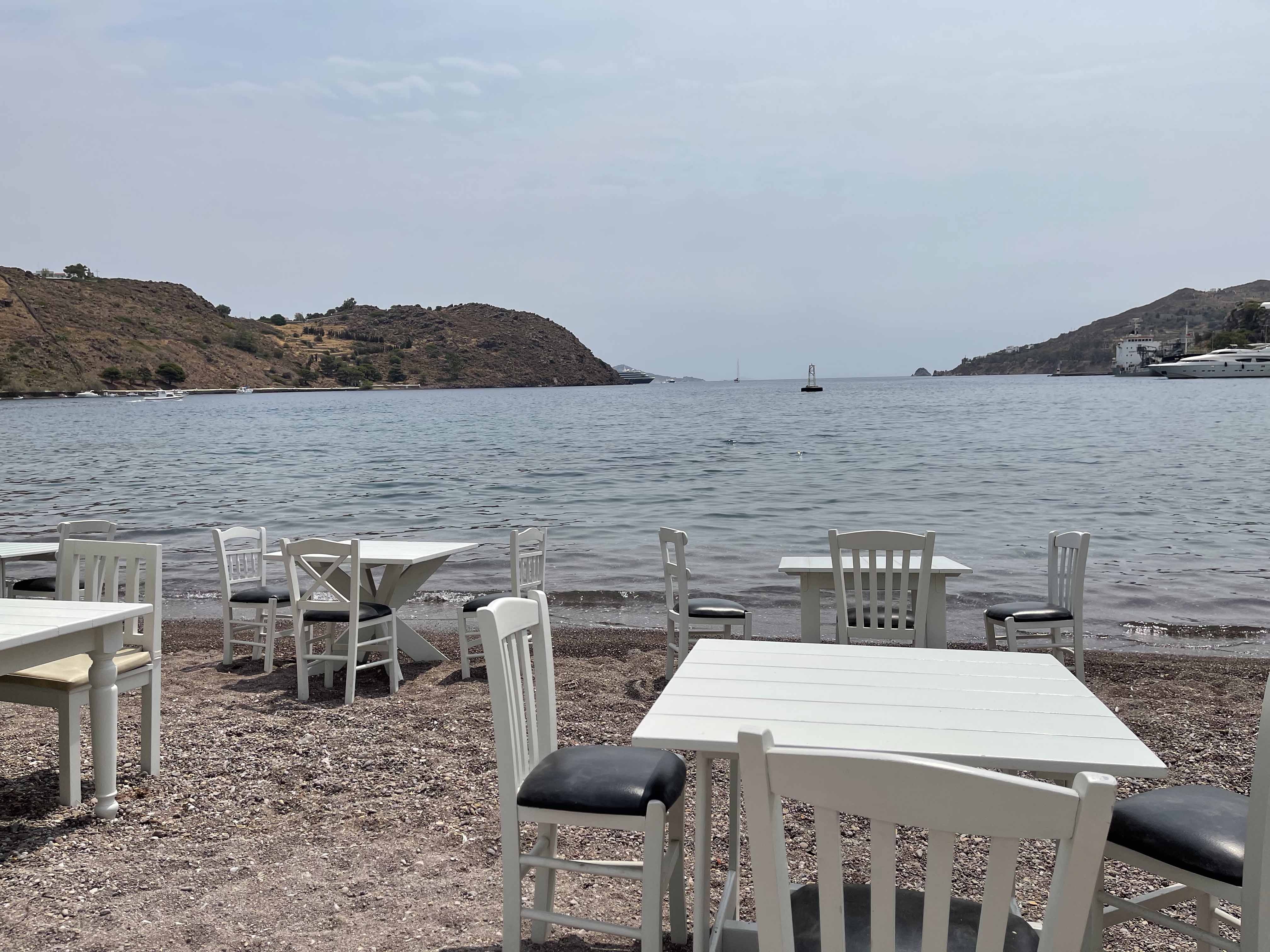 The beach near the tender port | Photo: Evan Gove

A desire to see as much of the island as possible meant signing up for a panoramic tour of the island. Atlas had a bus waiting upon arrival on the island and our group of happy cruisers chatted excitedly as the bus navigated the hills and valleys on our way to the most photogenic locations. Atlas even scheduled in a break at a local coffee shop halfway through the excursion where guests were treated to refreshments like iced coffee as well as a fabulous view.

We rolled past iconic whitewashed homes and rocky hills where ancient people lived, worked and loved one another just like the inhabitants of the island today. Blossoming trees, plunging valleys and a near-constant view of the surrounding Aegean sea made it hard to pull your eyes away from the scenery for even a second. 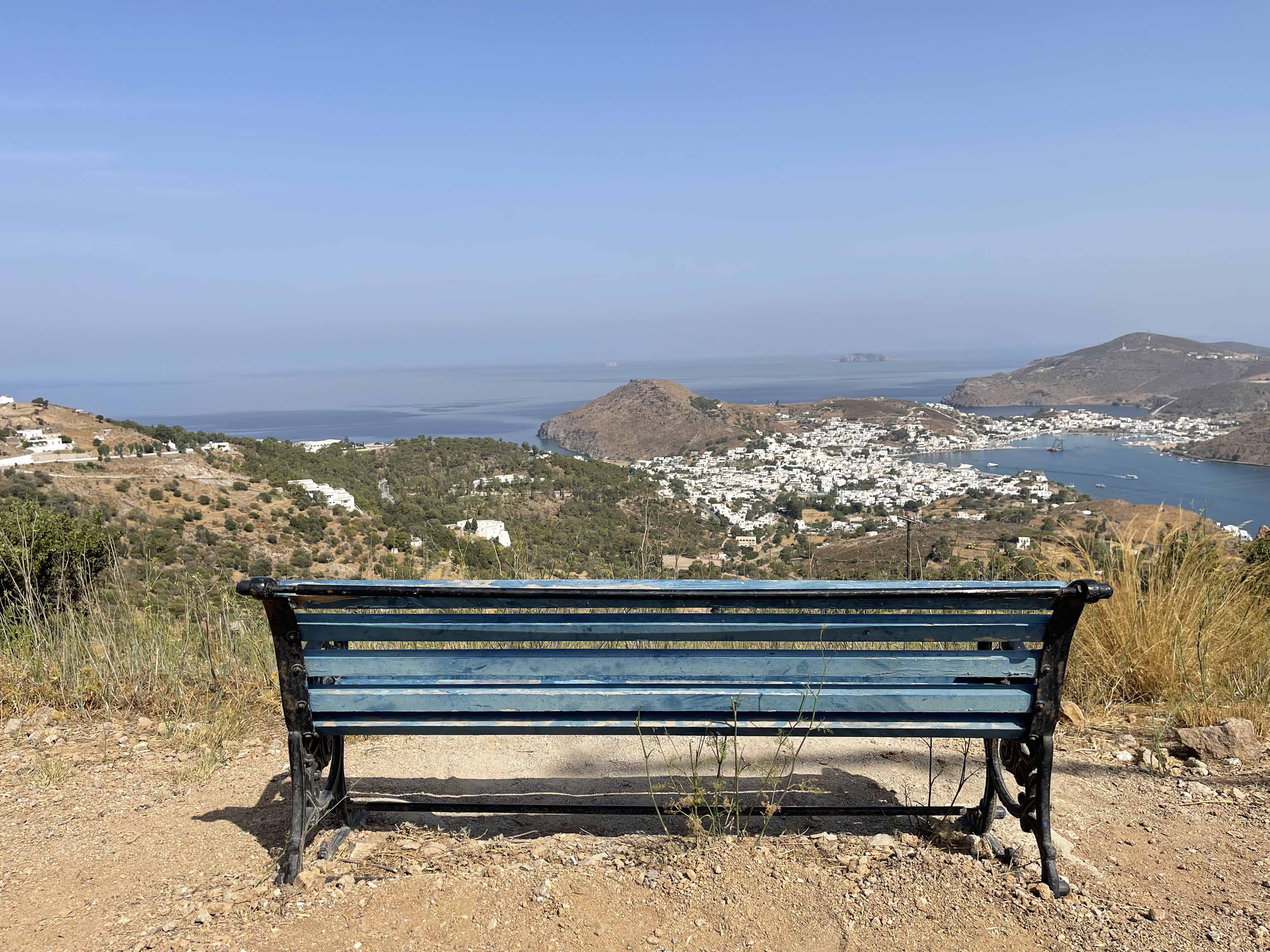 One of the best spots for photos on the island | Photo: Evan Gove

When the tour was over, we walked down to one of the beachside restaurant for a delicious lunch of Greek salads and rosé wine while watching locals and tourists alike frolicking in the gentle waves and enjoying the Mediterranean sunshine. 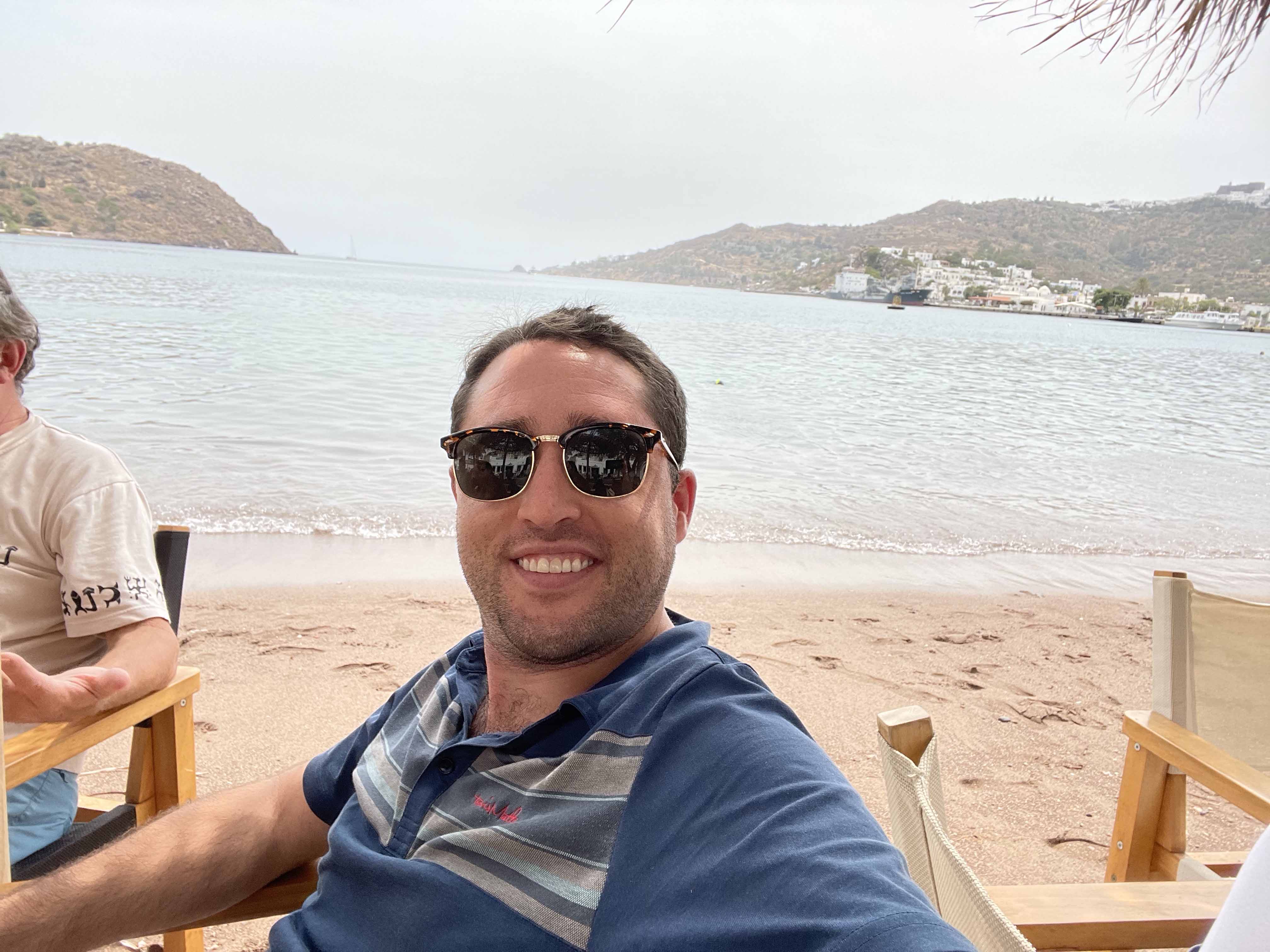 Eating lunch on the beach just steps from the ocean | Photo: Evan Gove

If this is what Atlas Ocean Voyages has in store for every day of their inaugural cruise, then I may never come home.