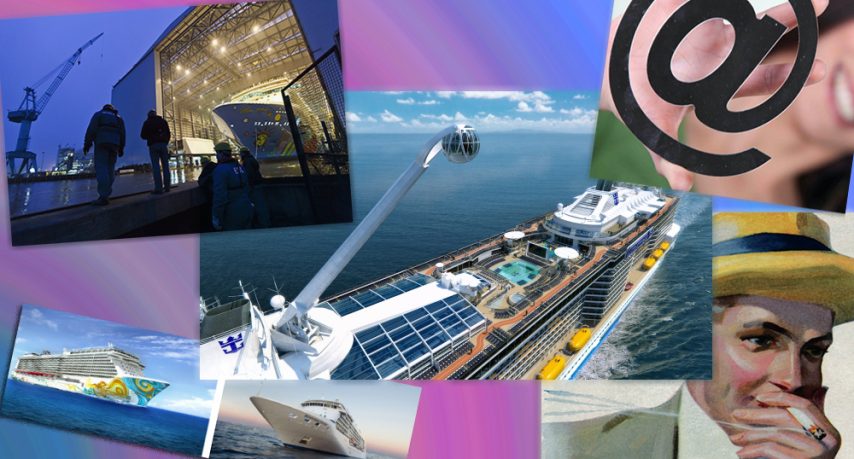 A fond look back at the year’s top cruise trends.

New ships Norwegian Getaway, Regal Princess, and “smart ship” Quantum of the Seas, plus dozens of new river ships — including from Viking River Cruises, Avalon Waterways, Uniworld, AmaWaterways, Tauck, Scenic Waterways, and new line Emerald Waterways — made news this year, but so did the introduction of some amazing new cruise-ship features.

The year will also be remembered as one when cruise lines placed their bets on the future with a flurry of new ship orders.

These are the stories that really got us excited.

Quantum of the Seas. From drinks prepared by robotic bartenders to bumper cars to a super fun indoor skydiving experience, this Royal Caribbean ship proved to be very different — really the first ship built for the millennial generation (and us older folks who just like to play). The North Star mechanical arm ride, which takes you some 300 feet above the sea, is rather thrilling, the food decent (we didn’t at all miss not having a main dining room), and the overall experience a “wow.”

There was big news, too, that the ship is headed to China next year, just as sister ship Anthem of the Seas debuts.

Fast Internet. We are working when we’re cruising, so we know firsthand how expensive and slow and even excruciating cruise-ship Internet access can be. So three cheers to Royal Caribbean International and Carnival Corp. for both investing in faster, more powerful systems — via satellites, land-based antennas, and other technology (none easy and all expensive) — and working to reduce the fees cruisers pay for Wi-Fi access.

Ship orders. Shipyards including Meyer Werft, STX Europe, and Fincantieri have reason to rejoice. Royal Caribbean said it would build a fourth Oasis-class ship and MSC Cruises announced plans to build two “futuristic” ships (which officials said would look like nothing the industry has ever seen before). Norwegian Cruise Line placed an order for two additional Breakaway-Plus ships, while Viking Ocean Cruises said it would triple its fleet (even though its first ship doesn’t launch until next spring).

Plans were announced for a new Royal-class ship for Princess Cruises, and just this month came a flurry of orders of ships for Celebrity Cruises, Seabourn, Carnival Cruise Lines, and Holland America Line. All will debut between 2016 and 2020.

Oceania has five ships — which Norwegian promptly announced would be increased to six with the purchase of Ocean Princess from Princess Cruises (the transfer to take place in 2016). Regent has three, plus the 750-passenger Seven Seas Explorer, set to debut in 2016 as the world’s “most luxurious” ship.

Tougher smoking bans. There was a lot of new stuff we liked — including the debut of Carnival’s innovative Carnival LIVE concert series. But we must give props to Royal Caribbean, Carnival, and Norwegian for making the tough decision to ban smoking on stateroom balconies — thus telling smokers no, they can’t use the spaces as their own private smoking areas.