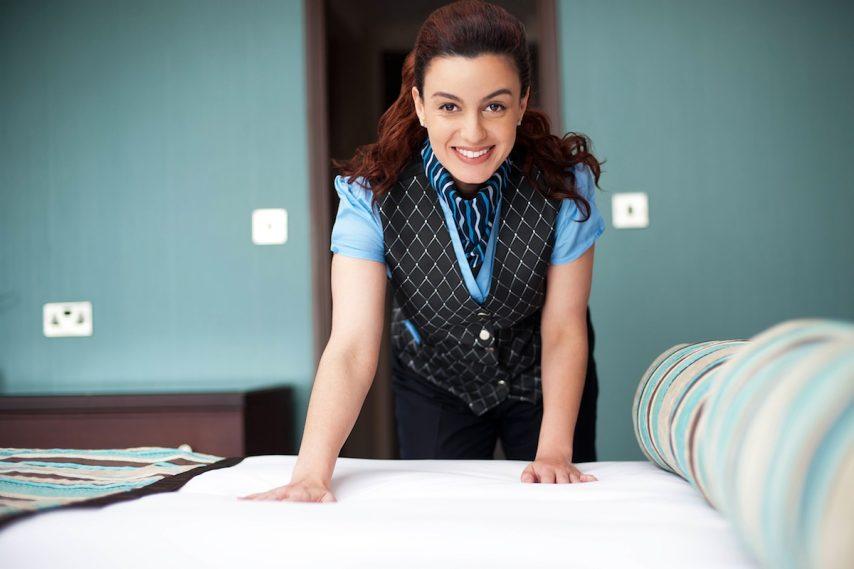 Porthole got some onboard staffers to spill it

We at Porthole Cruise Magazine have connections. We know people. People who are on cruise ships not to enjoy the never-ending food buffets, explore the world’s most amazing ports of call, or spend their time relaxing on deck. They are, instead, on board to ensure that you have the best vacation possible. They are your crew members — and they have some juicy stories to tell. So we gathered up our five favorite tidbits to tell you about. (Names have been changed to protect the innocent — and the not-so-innocent.)

During one cruise, a couple in my assigned cabin section complained of bug bites after one night on board. I immediately contacted my supervisor, and a team of housekeeping staff helped me thoroughly clean their room, change their sheets, towels, curtains, mattress, comforter, etc. The carpet was cleaned with the wet vacuum and the exterminator came to check and spray for bugs. The next morning, the couple complained again of bug bites and demanded an upgraded stateroom, but the ship was at full capacity and no other cabins were available. The guests complained for a third day in a row, this time, showing me scratches on their arms. At this point, I advised them to visit the onboard infirmary to see if they could identify the “bites” and see if there was something that could be done for them. The nurse in the infirmary concluded that neither of them had bug bites, and that the red scratches on their arms were caused simply by their own fingernails. On the fourth day, the couple marched up to the front office and announced they had found the bugs and showed the guest relations manager a box containing the “bugs.” When I was called to the front office to look at the bugs, everyone was laughing in disbelief. The guests had presented them with a small box full of lint.

As a brand-new crewmember, I was awoken one night around 3 a.m. by two colleagues bursting into my cabin (our key had been broken off into the door, so it was impossible to lock it) with their lifejackets on. They woke up my roommate and I and were shouting to get our lifejackets on and to abandon ship, and then they ran out of the room. My roommate and I started freaking out, bumping into each other trying to find our lifejackets. Then we ran out of the room down the hallway in our pajamas — only to be met by an entire group of crew members taking pictures and laughing. That was just Part One of our initiation.

The dining room staff decided to go “on strike” one evening after a dispute with onboard restaurant management. The hotel manager called me and other staff managers to fill in — the casino manager, the beauty shop manager, the photo manager, and the kids’ club manager, among others. We were instructed to bring as many of our staff members as we could spare to help serve more than 500 hungry guests. So there we all went, in our respective uniforms, off to the dining room to be waiters for the evening. I’m not sure how we did it, but we did. All of the guests managed to get their rolls, salads, entrées, coffee, and dessert while being served by an eclectic staff in an assortment of uniforms. That was the essence of good teamwork if I’ve ever seen it.

One of the most boring duties assigned to the cruise staff was “door duty.” Two staff members would stand on either side of the showroom doors to greet the guests as they entered and exited the lounge. You might say this doesn’t sound too bad, but imagine four shifts of door duty each night, seven nights a week, to greet and dismiss two shows nightly. There is only so much you can say to the same people night after night. So we decided to make a game of door duty: One cruise staff member would challenge the other with a random word, and the challenged team member absolutely must use that word in conversation with the next guests who walked through the door — for fear of losing the mindless game and having to buy the other a victory drink. The wackier the word, the funnier the game got and the guests had no idea why we were initiating such strange conversations or making bizarre comments to them. Most just kept walking by and laughing. We certainly entertained ourselves, if nothing else. One of the most memorable words that we actually pulled off quite well, and surprisingly without realization or offense to the guests, was penis. How? Guest walks through the door…. cruise staff says “Good Evening! Have you just come from the lounge? They have an amazing penis playing up there and the sing-a-long is great fun!” Guest smiled and answered: “YES! The pianist is one of the best I’ve seen on ships!”

One of the hardest things I had to do as a casino dealer was to keep a straight face. And I’m not necessarily talking about because we were in the middle of an intense game. I’m talking about the times when certain guests, well, smelled. One time a player sat at my table and was letting out such bad gas that other players began to slowly inch away and eventually left the area. Truth be told: No matter what sights — and smells — I encountered, it was always a challenge to remain neutral. Perhaps this is the true origin of the term “poker face.”