Five Faves: 5 great movies about cruising … that have nothing to do with icebergs. 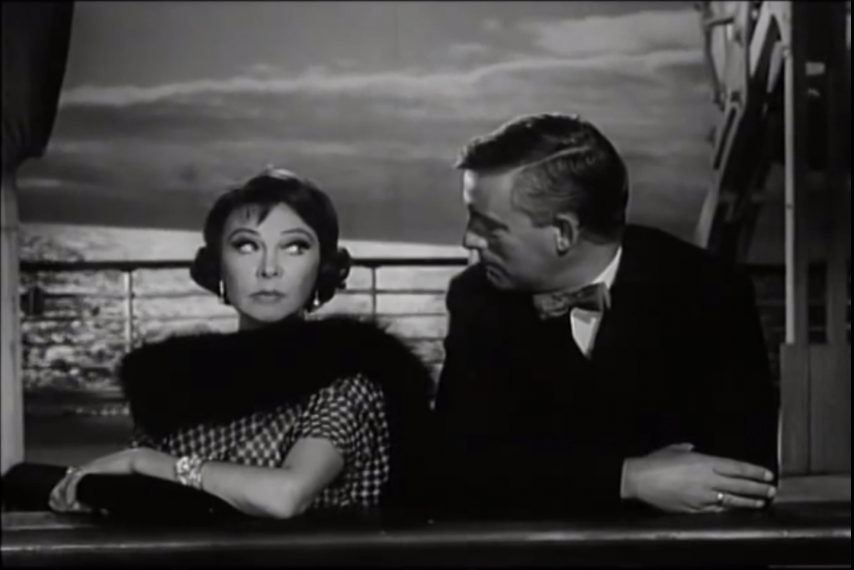 There’s more to cruising on the silver screen than Jack holding Rose at the bow while the music swells.

James Cameron makes big movies. There’s no doubt about that. Near, far, wherever you are, you’re bound to have seen his decade-spanning blockbuster. But he’s not the only moviemaker out there who’s looked to cruise ships for inspiration. He’s not — dare we say it — even the best. Don’t believe us? Here are five favorite films, all of them great, and all of them set on cruise ships, that might just change your mind:

This sweet-hearted spoof introduced moviegoers to the “gal-amorous” Doris Day. She plays Georgia, a solo traveler who gets a last-minute cruise ticket from her friend Elvira. See, Elvira suspects her husband of having an affair, so she stays home to spy on him. Meanwhile, the husband suspects Elvira, and sends a private investigator on the cruise to spy on her. You’ve got your mistaken identities, you’ve got your show tunes (yes, it’s a musical), and you’ve got (no spoilers) true love winning at the end.

This melodrama, set at the dawn of World War II on a German ship headed from Mexico via Cuba to Europe, won two Oscars out of eight nominations. The cast includes heavy hitters like Vivien Leigh (a brazen Southern belle), José Ferrer (a loathsome Nazi sympathizer), Heinz Rühmann (a quick-witted German Jew), Simone Signoret (a drug-addicted aristocrat sentenced to a German prison), and Lee Marvin (a washed-up baseball player). It’s a long film — 149 minutes — and sometimes the allegory hits you over the head. But it’s gorgeous to look at and the performances are incredible.

What should be a straightforward comedy of manners — a ship sailing in 1914 to scatter the ashes of a famous opera singer — becomes a surreal satire with Fellini behind the camera. There’s a rhinoceros on board. The cruise is interrupted by Serbian refugees, an omen of the Great War to come. Rather than use gorgeous location shots, the exteriors all take place in carefully crafted studio sets. The final result is full of social commentary and dream-like images.

Jackie Chan is on a ship. Really, do you need anything else? Jackie Chan is on a cruise ship! OK, he’s playing a P.I. tracking down someone’s runaway daughter, and at some point, the ship gets hijacked. Too bad for the terrorists, because Jackie Chan is on board. There are a few jokes about food, there’s a little romance, and there’s the usual wacky Jackie/scolding sidekick dynamic with the beautiful and talented Joey Wong, but the highlight is when Chan fights his oversized opponents in a theater that happens to be playing the Bruce Lee vs. Kareem Abdul-Jabbar scene in Game of Death … and echoes that match, move for move.

Silent film star Buster Keaton persuaded his producer to shell out $20,000 (in 1924 dollars!) to buy an ocean liner as a prop. The end result: a hysterically funny film involving a clueless couple (Keaton and Kathryn McGuire) stranded at sea and forced to make do … with all the facilities of a luxury liner at their disposal. This became Keaton’s most successful film, and sight gags like his battle with a stubborn deck chair have become legendary.