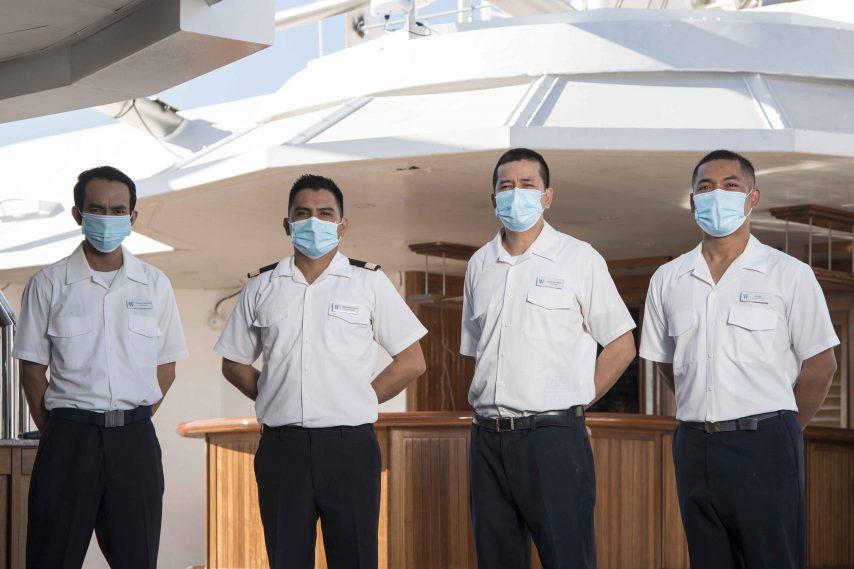 Raise your hand if you’ve had a cruise cancelled in the past 10 months. Since March 2020, excited cruises have been booking months in advance only to have their sailing cancelled or postponed because cruise lines aren’t able to resume service. Of all the comments we’ve been getting from our readers, it’s the lack of clarity on the situation that is the most frustrating. When will my cruise actually happen?

To help alleviate some of the confusion surrounding a return to cruising, small ship cruise line Windstar Cruises has released a new printed voyage planner brochure with tons of information for cruisers. The planner starts with Windstar’s first yacht setting sail on May 1, 2021 and provides details on itineraries through May 2023. The Voyage Collection also features more information about the new Star Plus Class ships which have been completely transformed for a better guest experience.

“This beautiful coffee-table publication is meant to educate and inspire people about Windstar and the 180 degrees from ordinary experience we have to offer,” says Windstar Cruises’ President Chris Prelog. “In 2021 through 2023, we have a mix of long-time favorites and fresh new itineraries, recently transformed yachts and exciting new cruise tours. We have planned further out so people can book early.”

Windstar offers sailings in Alaska from late spring through summer when the weather is pleasant. Voyages are scheduled beginning in 2022 aboard the recently renovated Star Breeze. There’s also a shorter, seven-day Scenic Alaska cruise offering coastal wilderness cruising along Canada’s Inside Passage.

Windstar will offer limited cruises in Southeast Asia in late 2021/early 2022 and will return to normal operation sailings in Asia with five brand-new itineraries beginning the fall of 2022. Island Hopping through Japan and Windstar Crew Hometowns: Philippines & Indonesia are two that look particularly exciting.

Starting in 2022, Windstar will sail to Australia & New Zealand for the first time aboard the newly renovated Star Breeze. Stops include smaller ports like Middle Percy Island and Thursday Island. Overnights in Brisbane, Port Douglas, and Sydney, plus a late-night departure in Melbourne are some of the other highlights. Windstar is offering eight itineraries in the region for guests to choose from.

Star Pride is another recently renovated ship with big plans for the future. In 2021, a new Iceland to Montreal cruise will visit Greenland, including several days of scenic fjord cruising. A New York to San Juan “repositioning cruise”  includes two overnight stops in Bermuda, plus a day in St. Kitts and St. Bart’s. Windstar also has a new Boston to San Juan cruise with a stop in Bermuda along the way.

Windstar usually sails the Caribbean from late fall to the spring, but in 2021, they will also sail throughout the summer season aboard Star Breeze. The cruise line plans to make first-time visits to Miami and Key West in December of 2021.

In 2022, Windstar has new sailings in Mexico, on both the East and West coasts, including an option from Cozumel to St. Maarten with visits to Jamaica, Grand Cayman, and Cayman Brac.

In 2023, the new Spanish Treasures via the Panama Canal starts on the Pacific side of the canal before heading to Panama’s Bocas del Toro and San Blas Islands, Cartagena/Santa Marta in Colombia, and ending in Aruba.

In 2021, Windstar will sail to Ashdod and Haifa in Israel, Alexandria and Port Said in Egypt and to Istanbul for the first time in several years. The cruise line will also make inaugural visits to Odessa, Nessebar, Bucharest, Sochi, Batumi, and Sinop on its new Black Sea voyage. There are also new cruise tours to the Douro Valley, Lake Como, and Meteora.

New sailings to the region in 2022 include Island Gems of Spain & Portugal, with stops in the Canary Islands and Madeira, and a new eight-day sailing along the coastlines of Greece, Cyprus, and Israel. There is also a new Athens to Istanbul itinerary (including a trip through the Corinth Canal) with a first-time port in Çanakkale, Turkey.

Windstar is setting sail in Northern Europe in the summer and early fall, including Scandinavia and the Baltic, Europe’s West Coast, and the British Isles aboard the renovated Star Legend and Star Pride.

In 2021, the Around Iceland itinerary returns with five sail dates, as well as a new option to be experienced as a cruise tour. Other new offerings in the region in 2021 include Norway’s Famous Fjords and Scandinavian Capitals & Fjords, which combines well-known Northern capitals with a few smaller, off-the-beaten-path ports.

In 2022, Windstar’s new Impressionist France itinerary brings guests from Bordeaux to Amsterdam with an overnight in St-Malo and scenic cruising on the Seine River, plus the first-ever Windstar stops in Caen and Rouen.

Windstar usually brings guests through Tahiti all year round and will resume sailing to the region in May of 2021.  In September of 2021, the larger, all-suite Star Breeze will begin sailing in Tahiti (through March of 2022) for a limited time.

In 2021, Wind Spirit will sail from Tahiti to Australia, stopping at Vanuatu and Pantara Island at the outer fringes of New Caledonia, along with several other off-the-beaten-path South Pacific islands.

Which itinerary sounds like the most fun to you? Let us know in the comments below!