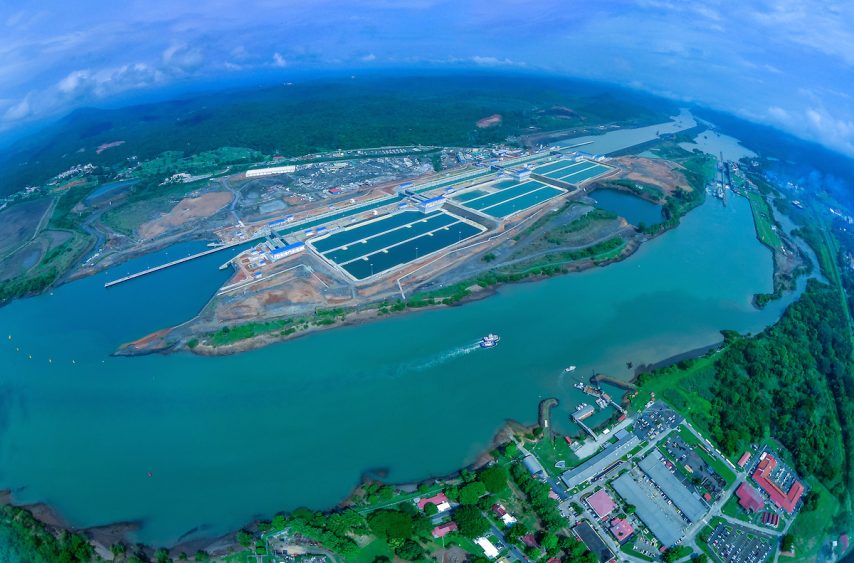 More than 25,000 Panamanians, shipping magnates, heads of state, and overseas dignitaries gathered on June 26 to celebrate the widening of the Panama Canal. The event was marked by the transit of COSCO Shipping Panama, the first “Neopanamax” vessel to pass through the extra-wide Agua Clara Locks on the Atlantic side and the Cocoli Locks on the Pacific side. The vessel, which set sail from Piraeus, Greece, is 984.2 feet long and 158.3 feet across.

The expansion, which began construction in 2007, came with a $5.25 billion price tag and included new locks, 70 feet wider and 18 feet deeper, on both ends of the waterway and the excavation of more than 150 million cubic meters of earth to create a second lane of traffic, doubling the waterway’s cargo capacity. Despite their enormous size, the new locks use less water than the original locks thanks to basins that recycle 60 percent of the water used for every transit.

The canal has traditionally been seen as the upper limit on size for most seagoing vessels – the only other way to sail from the Atlantic to the Pacific is to travel another 8,000 miles around the tip of South America.