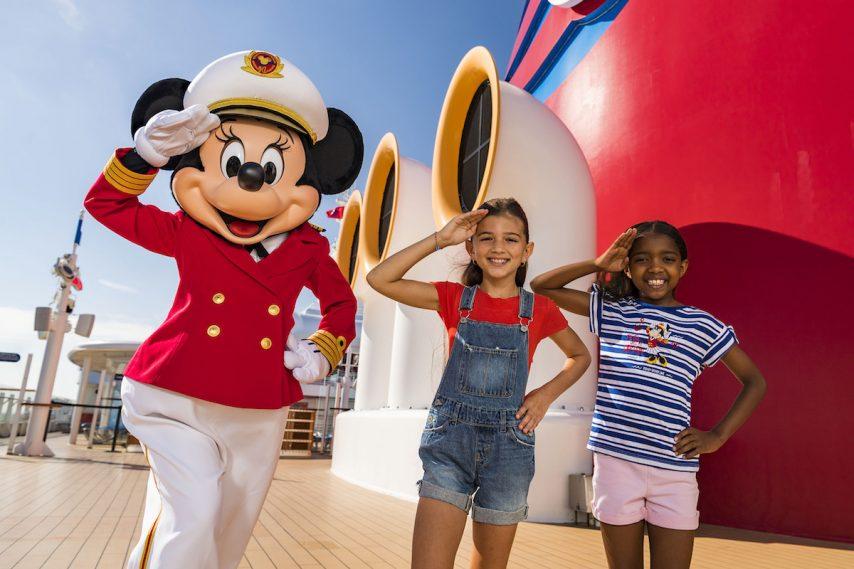 Family-friendly Disney Cruise Line has launched a new program aimed squarely at little girls and young women who dream of a life at sea. The collection of new initiatives – which include maritime scholarships, exclusive merchandise, and onboard programs with Captain Minnie Mouse – hopes to inspire a new generation of female captains and shipboard leaders.

“Our Disney characters have a unique ability to inspire and connect with children, and we know Captain Minnie will encourage young girls around the world to consider a career in the maritime industry,” says Jeff Vahle, president of Disney Cruise Line.

The new “can do” captain will also appear on shore, visiting children in homeports and ports of call accompanied by real-life female Disney Cruise Line officers or crew members. They’ll showcase their roles in the maritime industry and raise awareness about career choices for women aboard cruise ships.

As part of the same initiative, this year, Disney Cruise Line will sponsor four scholarships for female cadets at the LJM Maritime Academy in The Bahamas, training future ship captains and shipboard leaders. The scholarships cover two years of study at the academy and one year of service aboard one of Disney’s four ships.

“We’re exciting to work with LJM Maritime Academy to offer scholarships for young women who are pursuing their passions and following their dreams in our industry,” says Vahle.

Guests on Disney ships will be able to celebrate the excitement of Captain Minnie Mouse’s arrival with a special line of merchandise, including nautical apparel, gifts with the tagline, “You Can Call Me Captain,” and a new Pandora charm exclusively available on board.