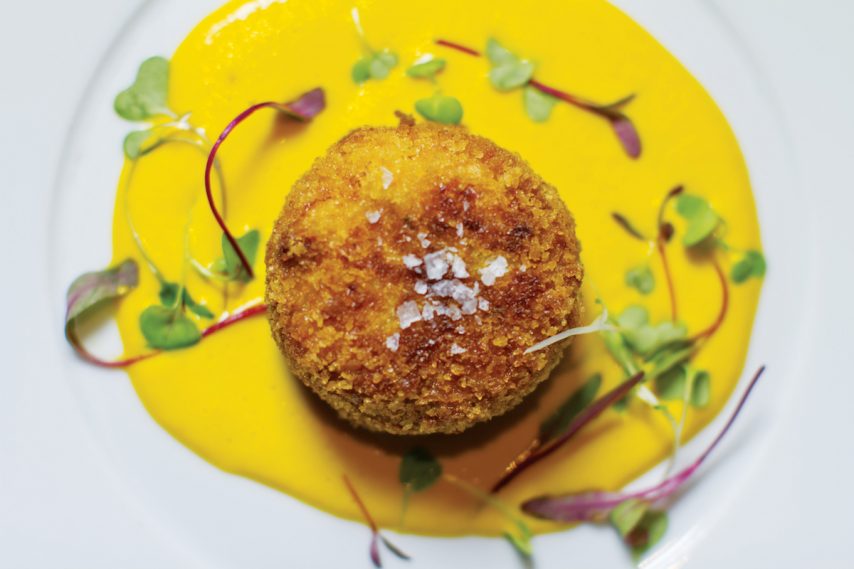 Michael Schwartz Dishes It Up for Royal Caribbean

On Royal Caribbean International’s Oasis-class ships, foodies flock to 150 Central Park, the much-admired restaurant created in partnership with Miami-based celebrity chef Michael Schwartz. On the line’s Quantum-class ships, cruisers can revel in the noted chef’s cuisine at onboard culinary standout Michael’s Genuine Pub. Regardless of where you get to dig in, here’s the skinny on Schwartz and his transformative restaurants at sea.

Park Yourself in Central Park

At 150 Central Park, the Michael Schwartz–designed modern American menu showcases primo artisanal ingredients prepared and presented with panache. The multicourse menu encourages repeat visits because there are so many choices to try. Among the enticements are lobster gnocchi and a lamb duo starring roasted loin and ground lamb stuffed in a sweet onion with apricots. Consider warm doughnuts with anise sugar, lemon curd, and chocolate sauce for a knockout dessert.

Schwartz’s twist on Buffalo wings delights diners at Michael’s Genuine Pub aboard Anthem of the Seas. The crazy-addictive sauce blends soy, tahini, ginger, garlic, and Asian chili sauce, and, as a recipe bonus, works on any grilled food. Rank the cooling….