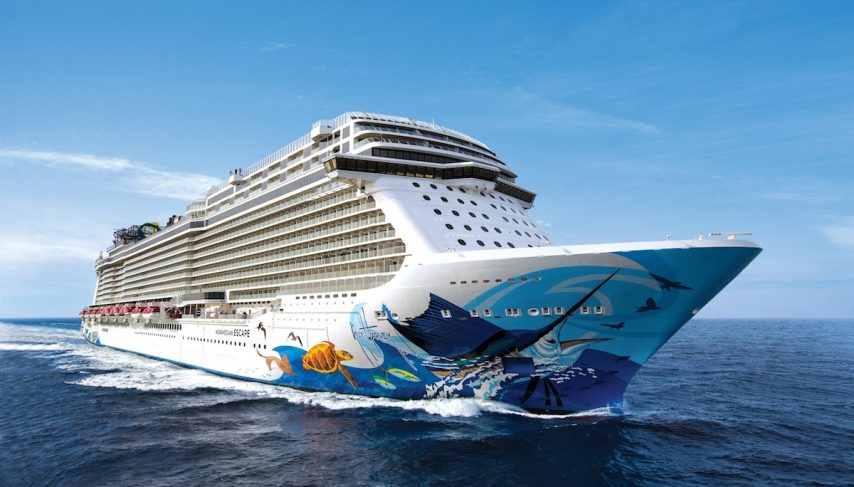 … for a total of 159 million impressions, which surpassed the cruise line’s social media usage at sea record set during the 2013 inaugural events for Norwegian Breakaway, exceeded in 2014 with Norwegian Getaway.

Through services provided by EMC, a global satellite and terrestrial communications company, guests and crewmembers were able to connect and engage during Norwegian Escape’s inaugural voyages with complimentary access to Facebook, Twitter, and Instagram as well as participate in a variety of inaugural social media events including a sail-along Instagram scavenger hunt and a secret menu that could only be unlocked with a tweet.

“Our number one ambition is to exceed guest expectations,” said Ross Henderson, vice president, onboard revenue, at Norwegian Cruise Line. “And based on the hundreds of thousands of social media posts, it was clear we delivered on an outstanding experience, including connectivity.”

Norwegian Escape was christened November 9, 2015, by rapper Pitbull and is currently sailing Caribbean itineraries from Miami.