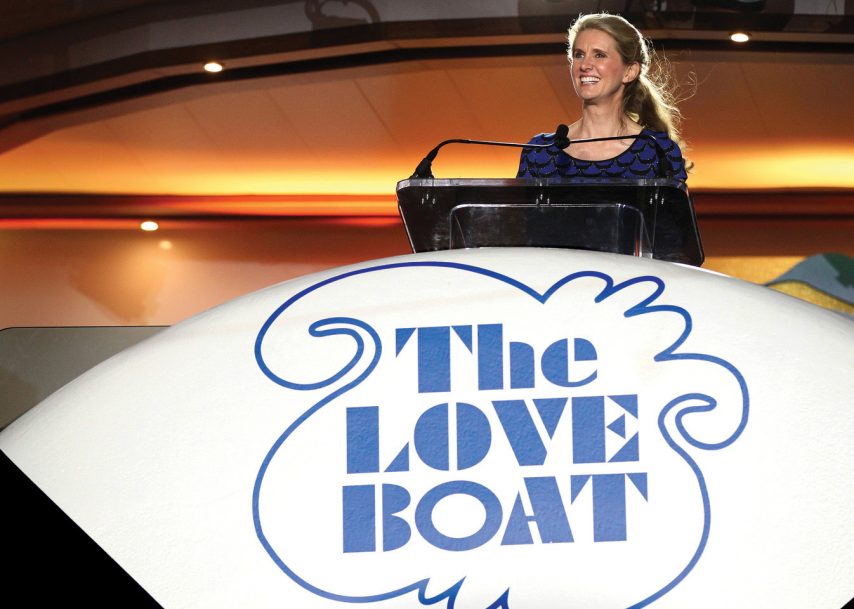 The Princess and the Sea

Jan Swartz is not your typical soccer mom. Or is she?

Meet Jan Swartz, president of Los Angeles–based Princess Cruises, Harvard MBA, and… soccer mom. At work, she runs a cruise line with 18 ships and more than 25,000 employees around the world. At home, she runs a family.

In fact, her 12-year-old, Samantha, has passionately embraced cooking, which is fine with Swartz.
“The culinary offerings at Chez Swartz do not hold a candle to Princess Cruises,” Swartz jokes. “I always say I have a very full life — and don’t look behind the curtain.”

The Road to Cruising

After following her Harvard class-clown husband, Rob, to Los Angeles, Swartz began her career in the cruise industry as a management consultant with Bain & Company for which Princess Cruises was a client.

“I just fell in love with the cruise industry,” she says. “It’s an amazing business. You get to help millions of people experience joy and see the wonders of the world. For me, that’s a great reason to wake up and go to work every day.” Swartz added that she also saw cruising as a dynamic growth business.

You’d think that having a mom who runs a cruise line would be the coolest thing for Samantha and 10-year-old sister, Lauren — except when your dad is a TV executive. Rob is senior vice president, development and current programming, for ReelzChannel and he’s on the board of the Television Academy, which means tickets to the Emmy …