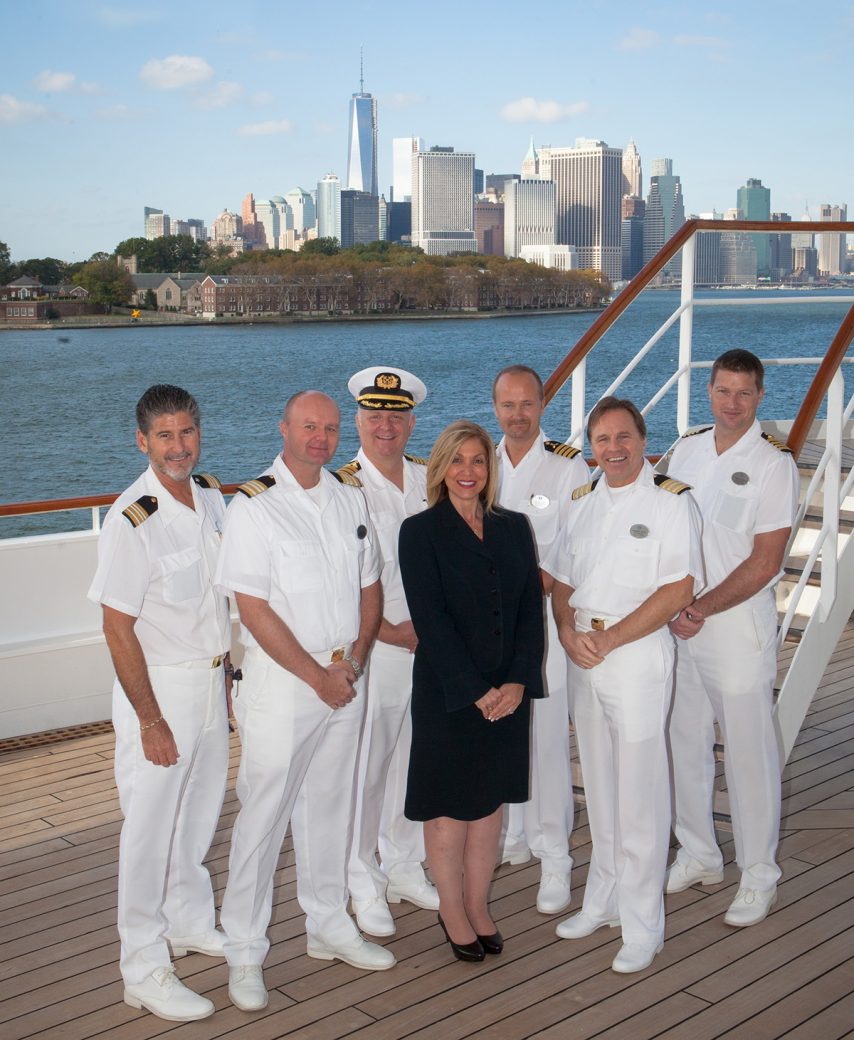 Edie Rodriguez brings passion and drive to her life — and Crystal Cruises.

And she’s obsessed — with Rod Stewart.

For her 50th birthday, Stewart called her up on stage during a show in Las Vegas.

That was the first event in a year that she jokingly refers to as “four weddings and no funeral.”
While in Italy for their honeymoon, the couple tied the knot again shipboard with 18 of their friends joining them on a Crystal Cruises sailing. Before the end of the year, the couple also planned to do a quick third wedding at the Elvis Chapel in Vegas as well as a cocktail party and ceremony on the rooftop of their Los Angeles apartment.

Is that the kind of stuff Rodriguez thinks up in the wee hours of the night when she can’t sleep?
“Don’t kid yourself, you’re right,” she says in an accent that belies her New York roots. Part of her restlessness also has to do with her drive and her passion. “I am the Energizer Bunny with 1,000% work ethic,” she says.

Travel got into her soul as a child growing up in New York, when she decided her quest was to see the world. But there was the slight issue that she had no money, she laughs. So she went to work as a travel consultant, relocated to…