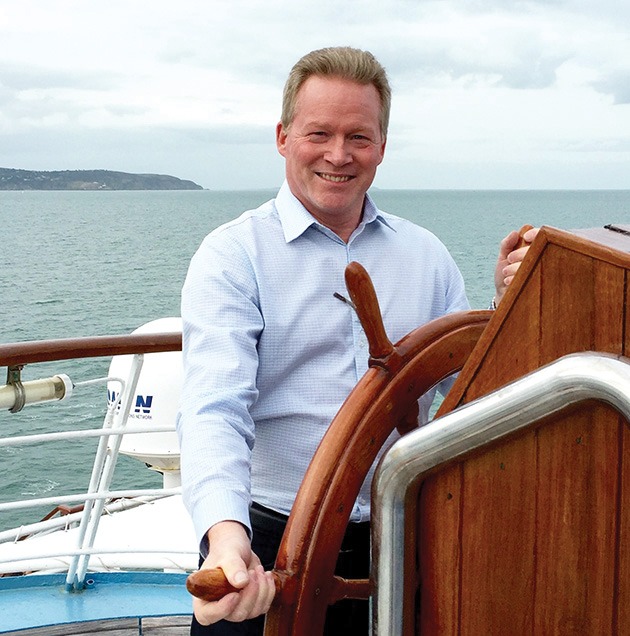 A Day in the Life of John Delaney, President of Windstar Cruises

You can always count on John Delaney, president of Windstar Cruises, to know what’s going on in the world. He’s an unabashed news junkie.

“I have every news app that there is on my phone and my iPad,” he says. “I have worldwide news and I even have Associated Press news alerts.”

In fact, the first thing he does in the morning on a typical workday is check his email and turn on CNN. He ends his day the same way. And while he admits to being “a horrible workaholic,” he says there’s also a practical reason for his habit.

“We’re a 24-7 international operation,” he says. “Our six ships are deployed all over the world, and I love to stay plugged in.”

At Windstar, he heads this upscale boutique cruise line with three small sailing ships and three all-suite motor yachts (formally of the Seabourn fleet). It’s a company that’s very much in a reinventing mindset.

“What Windstar has given me is the opportunity to take all I’ve learned in various aspects of my career and channel them into creating something really wonderful,” Delaney says. “I truly love this business, what we do, and what we offer to guests.”

A bonus of the new job is that Windstar’s office is only a 10-minute walk from his condo at Pike Place.

“I literally live at the market,” Delaney says. “I love downtown Seattle. I fell in love with the city when I first came here 13 years ago, and every time I walk out my front door I still feel like a tourist discovering new things. It’s a great feeling.”

In a Day’s Work

Usually up around 5 a.m., John Delaney is often on the phone with Windstar’s international operations before he even leaves for the office. Every Tuesday, for instance, he talks to a captain from one of the ships to see what’s on his or her mind. By 8 a.m., he’s at his desk where he might have a conference call with the line’s hotel managers.

“We walk through what’s going on and any challenges they may be having and what we can do here in Seattle to support them,” Delaney explains. He also has one-on-ones with managers and hosts “coffee chats,” which are open to everyone in the company.