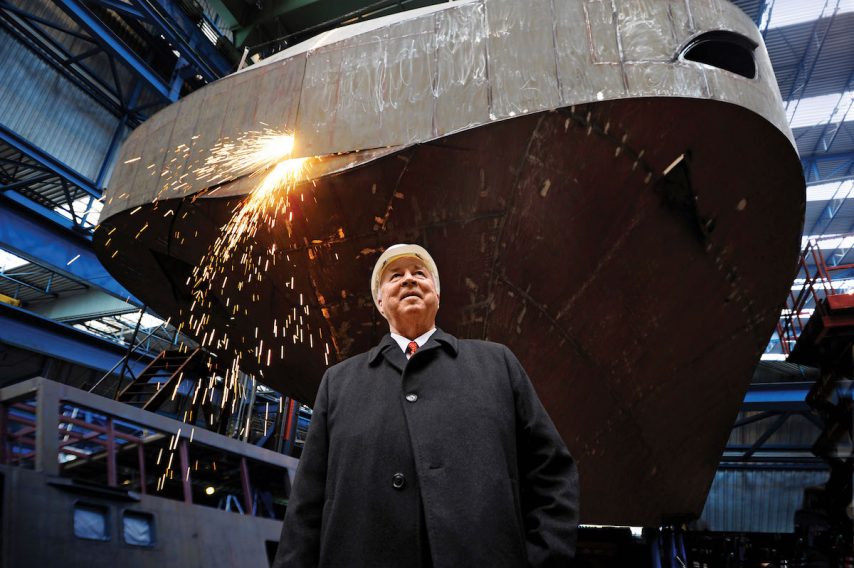 A Day in the Life of Torstein Hagen, Chairman of Viking Cruises

Torstein Hagen, chairman of Viking Cruises, is impatient because he’s sitting on the Rhine aboard the 190-passenger Viking Hild (one of two state-of-the-art Longships his company launched this year) and he’d rather be doing anything than answering questions from a pesky writer.

Sitting to his right is Richard Marnell, the company’s senior vice president of marketing and the genius behind its sponsorship of PBS’ Masterpiece (promos that ran with the show Downton Abbey are credited with putting Viking River Cruises on the map).

This interview is about Hagen, but Marnell is there to make sure his iconoclastic 74-year-old boss stays on point — that a frank man doesn’t get too frank. Told that the writer is doing a story about him, Hagen gives an incredulous stare. When it comes to subjects, he is probably his least favorite. But he has quite a story to tell.

Raised in Norway, with a degree in physics from the Norwegian Institute of Technology and an MBA from Harvard University, Hagen got into shipping, then cruises, was the CEO of now-defunct Royal Viking Line in the early 1980s, and then, in his words, “lost practically everything.”

Twenty years ago he emptied out what was left in his bank account, purchased four river ships, and started taking tourists through Russia. Today, Hagen’s privately owned empire consists of 62 river ships, with nearly half of all North Americans who take a river cruise in Europe doing so with Viking. Then there’s the new and growing fleet of 930-passenger ocean ships; the three launched so far are some of the most acclaimed ships the cruise industry has ever seen.

A very private man, Hagen lives in Lucerne, Switzerland, away from his business facilities; the company’s global marketing headquarters is in Los Angeles with the operations center in Basel, Switzerland. He spends about 120 days a year in L.A., always staying at the same beachfront hotel where he says he’s gotten to know the staff. “It’s my family,” Hagen says. So what’s his typical daily routine?

“When do I wake up? First time, second time, or third time,” he laughs. “I travel so much I am more or less permanently jet-lagged.” He notes that his L.A. days begin around 6 a.m. with a workout on the beach with his personal trainer. “We do as brisk a walk as I feel comfortable with, and then I go back to the hotel and do a little bit of….