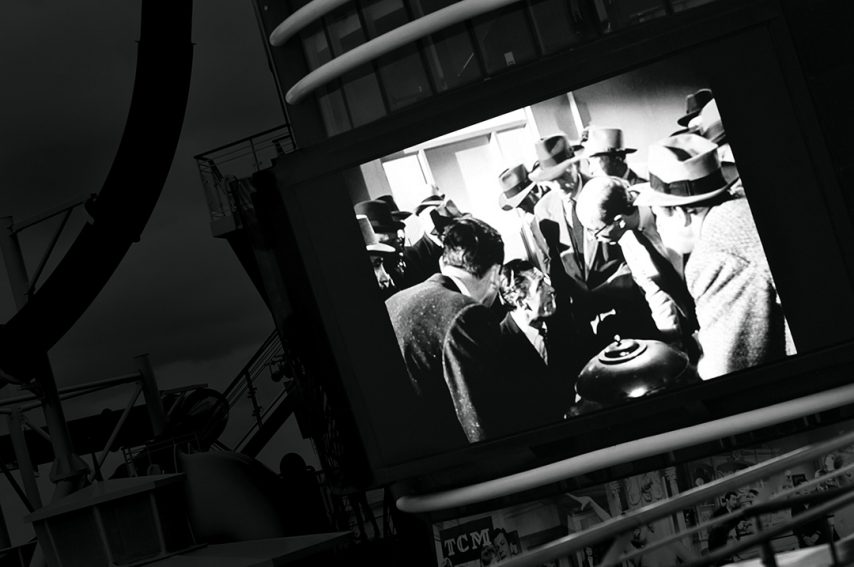 Odds are increasing that if you have a special interest, there is a theme cruise that embraces it. Once the playground for rock concerts at sea, themed sailings bring together fans of everything from motorcycles to crafting for an experience only possible via cruise ship. On the Turner Classic Movies Cruise, we saw the beauty of a well-done theme cruise in action as movie fans from around the world gathered to embrace vintage films, many of their stars, and each other.

It was a homecoming of sorts as Disney Cruise Line’s Disney Magic sailed away from Florida’s Port Canaveral for the sold-out Turner Classic Movies (TCM) Cruise. Many passengers who had been along for one or all of the previous three annual sailings came ready to see old friends and make new ones. On hand were stars of vintage films including Richard Dreyfuss, Shirley Jones, Ann Blyth, Diane Baker, James Karen, and more.

But the guest list went deeper than the box office stars of films ranging from Jaws to Journey to the Center of the Earth, bringing film historians, directors, writers, and even a game show host to provide unique onboard programming. Rarely seen were Disney characters and children, which is unusual for a Disney sailing. Instead, Disney Magic’s giant LED screen on deck was used for around-the-clock showings of classic films, tapping the rich TCM library to include films rarely seen elsewhere. But a passive couch potato experience the TCM cruise is not. In fact, it was brimming with meet-and-greets, moderated “Conversations” sessions in the ship’s showroom, and a dozen other happenings each day.