A key provision in the new COVID-19 stimulus bill currently awaiting the President’s signature provides $500 million in aid for large corporations, but there’s a catch. In order to qualify for the aid, corporations must be “created or organized in the United States or under the laws of the United States” and have a majority of their employees based in the US.

That provision means that stimulus money will not be given to the three largest cruise brands: Carnival Corporation, Royal Caribbean International and Norwegian Cruise Line. While all of these companies have headquarters in the United States, they are incorporated overseas for tax purposes. The door isn’t entirely shut on helping cruise lines down the road, however Government money would come with caveats.

Speaking at a press conference on Wednesday, President Donald Trump cited foreign incorporation as the major impediment to giving cruise lines a bailout. Should they decide to re-incorporate their business here in America, meaning register their ships in America as well, then the Government would be more receptive to sending a check their way. The President did mention that discussions had not ended and there was hope that something could be worked out down the road.

Where are US-based Cruise Lines Registered Instead of America?

A solution down the road does little to help an industry arguably hit the hardest by the Coronavirus outbreak. Several cruise ships made headline news due to the presence of the virus onboard and it led to a slew of negative press and false claims. Cruise lines instituting a multi-month shutdown of all sailings not only hurt cruise lines, but travel partners and U.S. businesses that work directly with cruise lines.

There was some hope among those in the industry that the 883-page bill would include provisions for cruise lines after Micky Arison, Chairman of Carnival Corporation, spoke with President Trump over the phone earlier this month. Vice President Michael Pence also visited Florida to meet with top executives in the industry.

However, the version of the bill passed by the Senate did not reflect those efforts. As cruise lines continue discussions to delay sailings even further into the summer due to COVID-19, the stimulus package would have been welcome relief for an industry at standstill.

In a statement Friday morning, Carnival announced they would extend their decision on whether they will postpone future cruises even further. 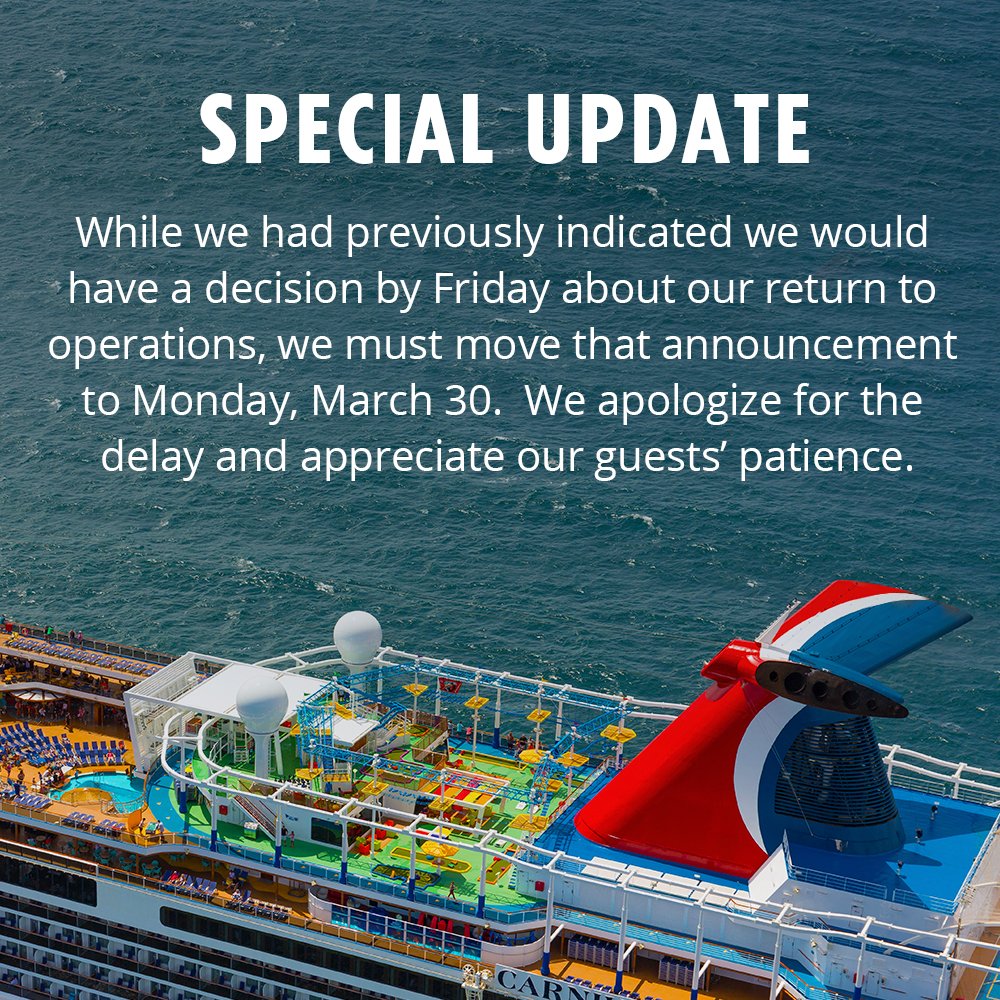