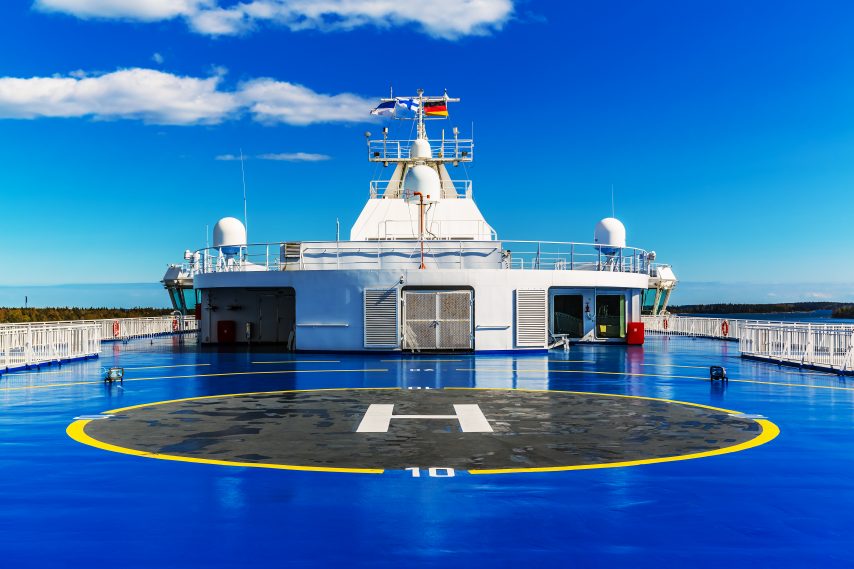 In a Marine Safety Bulletin sent by the U.S. Coast Guard on Sunday, Rear Admiral E.C. Jones of the 7th District told cruise ships contacting Miami for assistance with sick passengers that they’re more or less on their own. The increased demand for medical evacuations via helicopter (MEDEVAC) has contributed to a strain on local medical resources due to the outbreak of COVID-19 and as a result, the Coast Guard will no longer be providing MEDEVAC airlift support for those on cruise ships.

Dozens of cruise ships are currently at PortMiami or waiting just offshore. Dozens more are spread out across the Bahamas and Caribbean with just crew on board.

The Coast Guard urged cruise ships with more than 50 passengers to stock up on medical “capabilities, personnel and equipment” in preparation for an “indefinite period of time” where shore-side medical services like airlifts are unavailable to those still on ships.

While the Coast Guard will not be carrying out airlifts, they still need to approve all private attempts. The process for getting MEDEVAC approval now must go through the Joint Rescue Coordination Center as well as the Coast Guard flight surgeon. Should the surgeon find evacuation necessary, it’s up to the cruise operator to secure a commercial pilot and helicopter, a private ambulance and a medical facility willing to accept the patient.

That’s a stark comparison to how a medical evacuation would have to be approved in the past, but it’s the Coast Guard’s belief that the lack of medical resources makes operating “as usual” an impossibility.

Ships Registered in the Bahamas

The bulletin also made clear that ships registered in the Bahamas are to first return to the county and seek assistance there with a sick passenger before seeking MEDEVAC services from the United States. The rule applies for all ships not registered in America, but it’s unlikely  Royal Caribbean ships registered in Liberia, for example, would make the trip back.