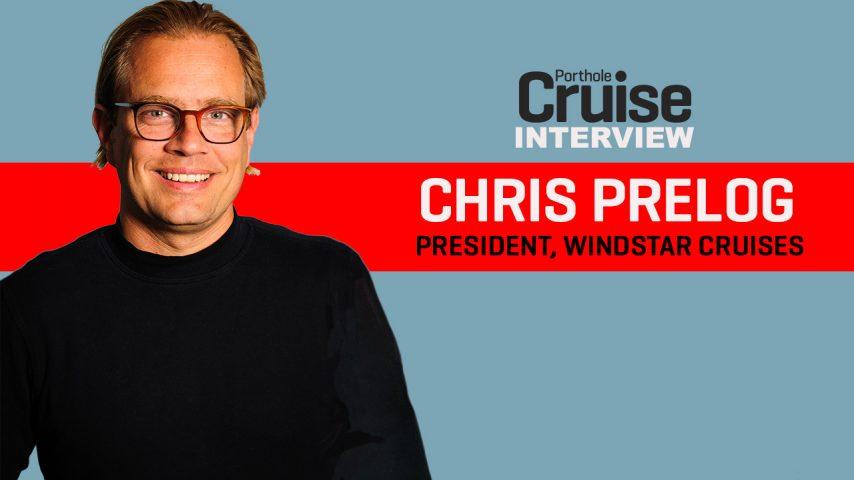 Have you ever seen the shows where the CEO of a major company goes undercover and spends the day working like one of the regular employees to see what it’s like? The new President of Windstar Cruises won’t have to participate in a show like that because he already knows what it’s like to work on board a cruise ship!

Chris joined Porthole Cruise Magazine Founder and CEO Bill Panoff for a discussion of Windstar’s latest initiatives and the Beyond Ordinary Care program the cruise line is rolling out across the fleet.

Earlier this year, Windstar Cruises announced what they’re calling the Beyond Ordinary Care program, a multi-million dollar initiative to make their fleet of sailing and motor yachts as safe as can be. The initiative includes updating their fleet with hospital-grade HEPA filters, ultraviolet germicidal irradiation and an elevated frequency of cleaning. Prelog explained how these improvements came to be and how they help keep guests safe.

“When we started developing it, we drew on all the resources which were available to us and one was the medical center in Colorado which was the [University of Colorado’s] Anschutz Medical Center we share a partnership with,” Prelog said. “Our Beyond Ordinary Care program is a multi-layered approach. There is not one single approach to deal with the COVID-19 virus, it has to be multiple approaches. We have taken care of our HVAC system, we installed the HEPA filtration but we also went above and beyond that and added UV-C lighting which is a proven technology to kill viruses.”

Windstar Cruises was in the news recently as the first of their renovated Star Plus Class ships reached completion. Star Breeze was cut in half and given a new middle section to increase capacity by 100 guests and add amenities on board. The ship has 50 new suites, a larger swimming pool, a larger spa and fitness center and even new tenders and a loading area to make exploring ashore easier for guests. We asked Chris what cruisers can expect when they step on board for the first time.

“We have a lot of new amenities. First of all, we have 50 brand new suites added to the ship. We’ve got two additional restaurants added to the ship; one is the Cuadro 44 Spanish restaurant by Anthony Sasso and the second is an al fresco outdoor dining venue called the Star Grille bySteven Raichlen the BBQ guru in the United States. We have a much larger, redone spa and fitness area and an open pool deck,” he said. “We didn’t stop there. We had the verandah completely redone and the entire interior of the ship is essentially new.”

When asked what he would say to people hesitant to take a cruise vacation, Prelog expressed that guests will feel safe and be able to enjoy their vacation when they cruise with Windstar.

Watch the full interview with Chris Prelog below!