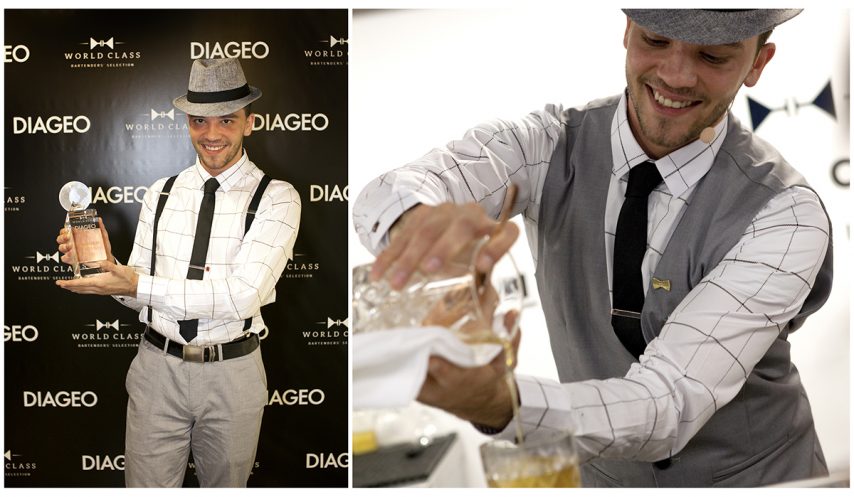 Recipe
Add all ingredients in a mixing glass, stir to dilution, and strain into a double old-fashioned glass over one large ice cube. Garnish with expressed grapefruit zest and a dehydrated grapefruit wheel.

Bartenders were judged on their craft, showmanship, creativity, bartending knowledge, and overall delivered drinking experience. Malic, and his winning recipe — Old Spice Fashion — will go on to represent Diageo Global Travel at the WORLD CLASS Bartender of the Year Competition in Miami September 26-29, 2016, where he’ll compete against 59 of the world’s best bartenders for the coveted “World Class Bartender of the Year” title.

“This is without doubt the best moment of my career to date,” said Malic. “I’ve been inspired and challenged by many talented bartenders over the last few weeks, and I’m really looking forward to using the skills and knowledge that I’ve developed through the program to represent Celebrity Cruises and all cruise line bartenders at the grand final of the WORLD CLASS competition, right here again in beautiful Miami.”

“This competition allows us to recognize and champion the skills and craftsmanship’s of our cruise line bartenders, and last night was extremely exciting with a very high standard displayed by all the competitors,” added Sandra Vaucher, director, global cruise and airlines, at Diageo.