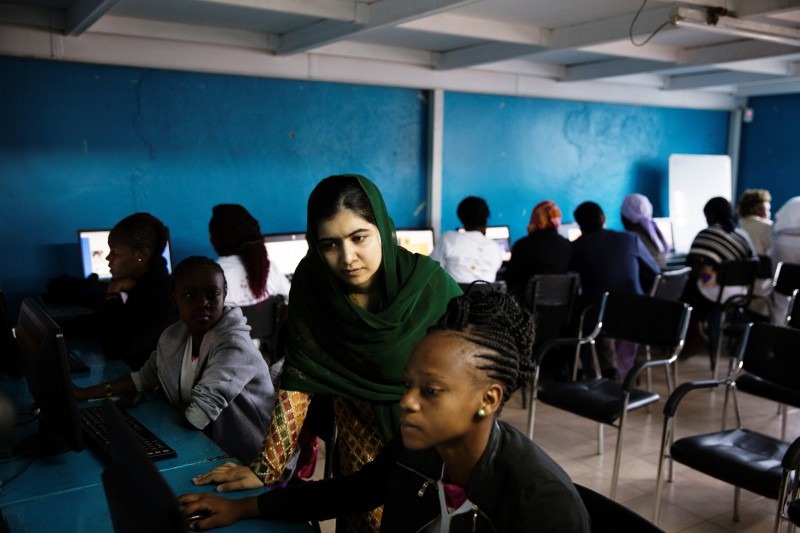 With its shared commitment to diversity, inclusion, and gender equality, Celebrity Cruises has announced a two-year partnership with Malala Fund, whose mission is to secure 12 years of safe, free quality education for every girl.

In further support of Malala’s mission, Celebrity has named 19-year-old Nobel Laureate and U.N. Messenger of Peace Malala Yousafzai as the godmother of Celebrity Edge, which is set to debut in late 2018.

Lisa Lutoff-Perlo, president and CEO of Celebrity Cruises, said that Malala’s dedication to girls’ education sets an example worth following. “Partnering with Malala Fund was a natural fit as we share the same passion and commitment to an incredible cause. We believe in opportunities for all, especially as our crew onboard represent more than 50 different cultures and amazing stories of achievement, education, and economic advancement.”

“Malala is an inspiration and a voice of hope. This young woman is on a powerful mission, and we support it 100 percent,” added Richard Fain, chairman and CEO of Royal Caribbean Cruises Ltd. “Malala Fund also advances one of our company’s key philosophies: that education is a great equalizer, providing opportunities to people who need it most.”

A centuries-old maritime tradition, the role of godmother is a lifetime title and honor. During the launch of a ship, the godmother is responsible for bestowing good luck over a seagoing vessel and inspiring all that sail aboard by breaking a bottle over the bow as the ship is named, officiating the ceremony.

Malala first became an activist at 11 years old, writing a secret blog about life under the Taliban, who would not permit girls to go to school. She was targeted for her advocacy and, at 15, was shot on her school bus. Malala survived the attack and continued her campaign for girls’ education around the world.

In 2014, Malala became the youngest-ever Nobel Peace Prize recipient, donating her entire prize earnings to finance a secondary school for girls in Pakistan. With Malala Fund, she continues to fight for every girl’s right to education.