Carnival Cancels All Cruises From San Francisco Through 2020 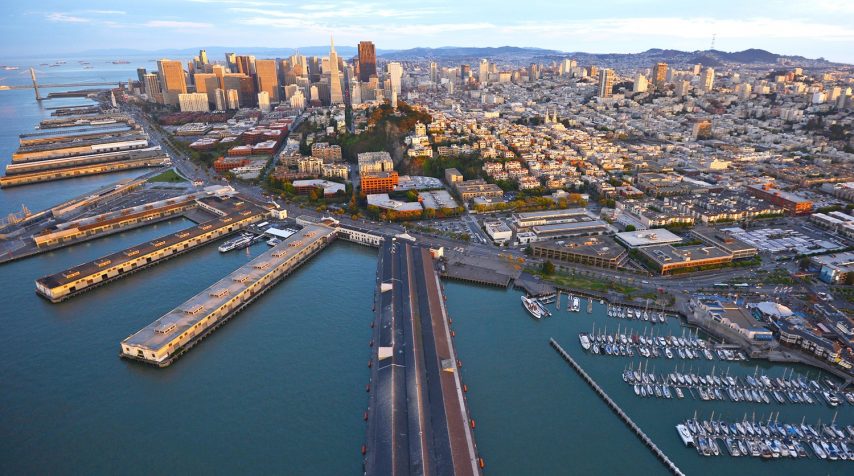 Unfortunately these days, cruises are getting cancelled no matter where you’re headed or which line you’re cruising with. Those booked with Carnival Cruise Line were dealt with more bad news today, particularly anyone sailing from San Francisco or onboard Carnival Radiance or Carnival Legend.

The cruise line announced both ships will be out of commission until the start of November. The ships both home port in Florida. Carnival also announced all cruises from San Francisco are cancelled through 2020. Both Florida and California have some of the highest COVID-19 infection numbers in the country.

Alaska cruises are also cancelled until July due to Canada closing its cruise ports to ships over 500 people until July. Many Alaskan itineraries begin from or feature Canadian ports as stops along the way.

The statement released by Carnival across its PR and social media channels is below: 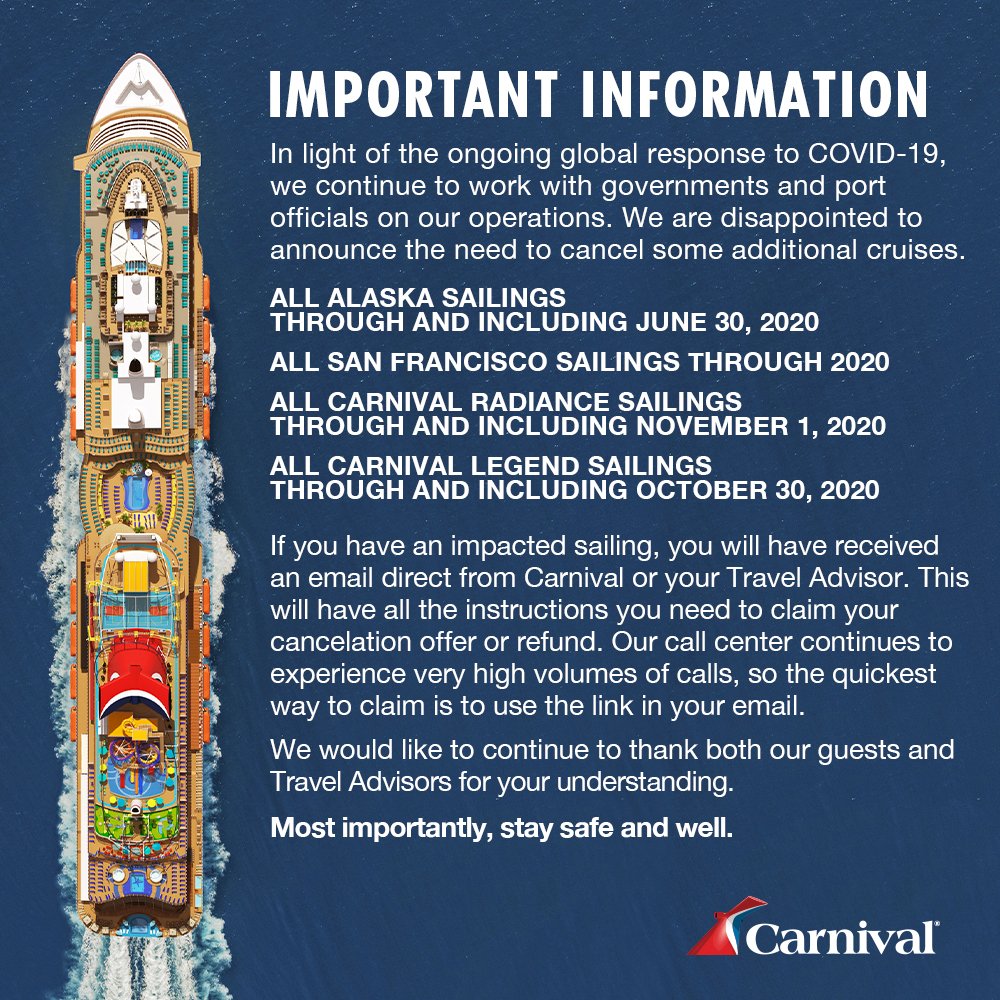 Earlier this week, Carnival announced their ships would remain passenger-less for at least another month. The cruise line is optimistic their ships can return to service in May, but there is plenty of skepticism across the industry that cruising’s hiatus could be longer.

A wait that long could be devastating for Carnival Corporation, the largest cruise conglomerate in the world, which owns and operates a number of prominent cruise brands including AIDA Cruises, Costa Cruises, Cunard Line, Holland America Line, P&O Cruises, Princess Cruises and their luxury brand Seabourn Cruise Line.

Port of San Francisco sees around 300,000 cruisers annually across the 80 ships which call on port each year. It’s unique location allows for cruises headed North to Alaska or South to the Mexican Riviera.

If you were booked to cruise on any of the sailings that have been cancelled, Carnival is sending out emails on what the next steps are for a refund or rescheduling. If you booked through a travel agent, contact them first.