How NKOTB Took Their Annual Cruise to the Virtual Seas 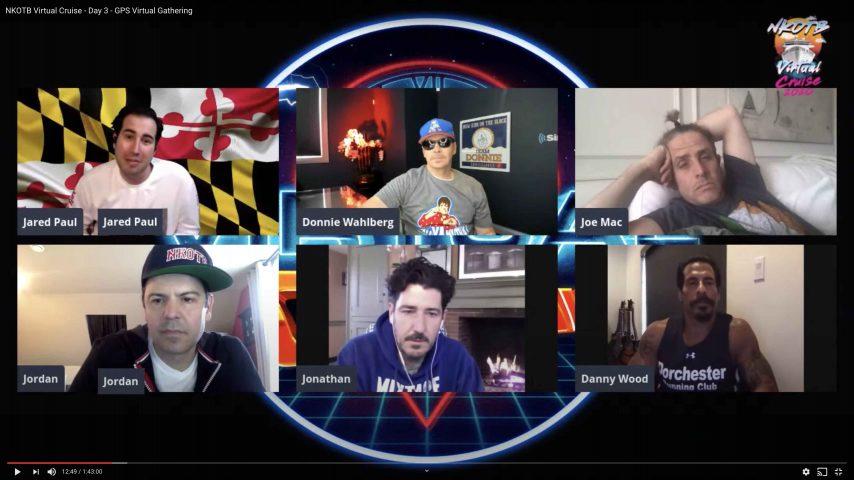 In October 2019, when the New Kids on the Block announced their 11th annual cruise —on the chartered Carnival Conquest from Miami to Half Moon Cay — the boy band still going strong 30 years after their breakout record Hangin’ Tough promised to “blow everything that came before out of the water.”

By the time their sail dates, April 23–27, 2020, rolled around, COVID-19 had paused cruising across the globe. In mid-April, their booking agency Rose Tours had determined there was no way to set a new date for the cruise and began issuing refunds. “Blockheads” were devastated, but their New Kids were already cooking up a plan: on April 22nd, they announced that on the same weekend they were scheduled to be at sea, the band would house a three-day Virtual Cruise.

“It was the best idea, given the circumstances,” says New Kids fan Maria Sakrani, who lives in Montreal and has been on eight of the band’s cruises. “On these cruises, the lido deck is packed; fans want to be close so they can get a selfie or a hug.” Taking the revelry online, she said, meant that all fans could participate, safely.

The NKOTB Virtual Cruise began on the morning of Friday, April 24th, with the release of a new single the band had recorded during quarantine. “House Party” featured guests Boyz II Men, Big Freedia, Jordin Sparks, and Naughty by Nature, and a music video dotted with celebrity cameos. The real fun kicked off that evening, with a live stream (via YouTube and Facebook) that promised to recreate the buoyant vibe of a lido deck sail-away party.

Rebecca Wallwork is a writer based in Miami Beach and a regular contributor to CNN Travel. She is the author of New Kids on the Block’s Hangin’ Tough (Bloomsbury Academic).

View all posts by Rebecca Wallwork