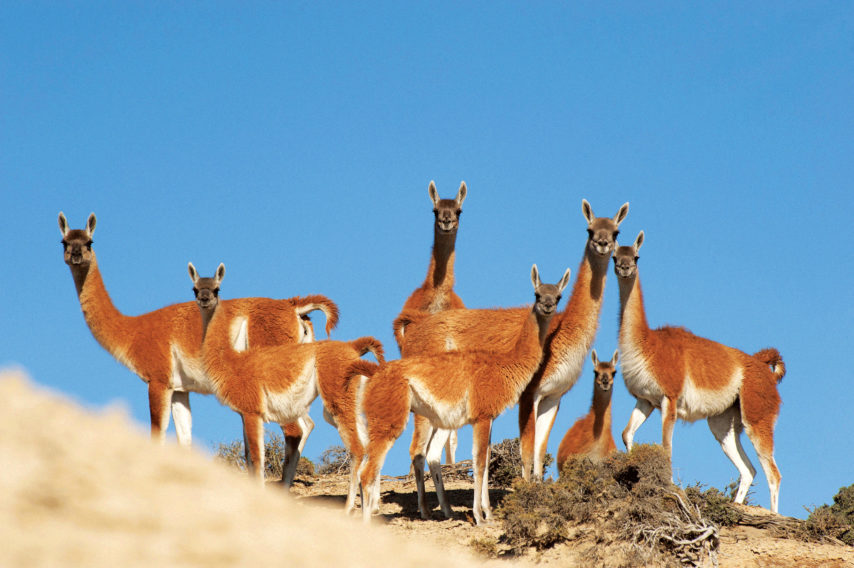 South America’s Patagonia region stretches from Chile’s Pacific Ocean fjords through Argentina’s mountainous terrain and to the crashing Atlantic Ocean surf. Along the way, mountaintop glaciers feed torrent waterfalls while waterside glacial walls collapse with dramatic splashes. Penguins waddle along rocky outposts and on rocky beaches. At the so-called “End of the World,” cruise boats launch from the bustling port of Ushuaia, Argentina — the world’s southernmost port — for excursions to Antarctica.

Spending any time in this region of the world is time well spent. Here are my suggestions of what not to miss.

More than 100 miles north in Queulat National Park, gliding across a glacial lake leads to the edge of Ventisquero Colgante, the Hanging Glacier. Inch closer by boat and feel cold downdrafts from the mountaintop’s ice field, from which water streams down like fingers gripping the mountainside. The rapidly receding glacier, now several miles from the shoreline, was nearly at the sea just 200 years ago.

Avenue of the Glaciers

Cruising Southern Patagonia’s fjords is like a history and geography lesson that follows the routes of naturalist Charles Darwin, Ferdinand Magellan, and Antarctic explorer Ernest Shackleton. Entering the Beagle Channel, named after the sloop HMS Beagle of Darwin’s early 19th-century journey, is…