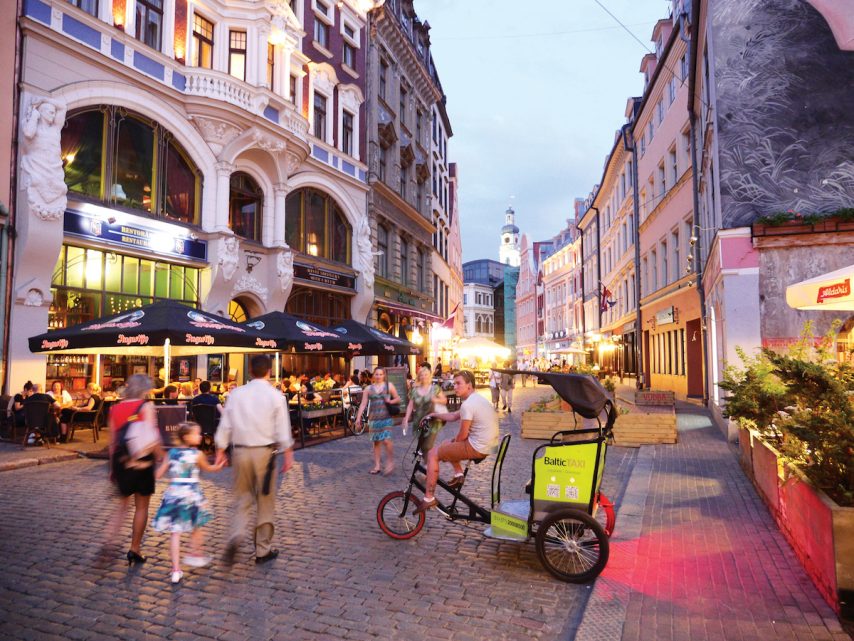 Oceania Cruises’ twin sister ships, Marina and Riviera, along with a supporting cast of the family’s four smaller vessels, have taken on a perpetual pursuit of scanning the globe for the next hot destination, supplementing the tried and true favorites with culturally diverse ports of call. These strikingly beautiful siblings, although separated by the seven seas, seek out behind-the-curtain locales that rightly deserve their share of the spotlight.

As a prime example, the elegant Marina dispenses the June through September summertime blues with the exploration of Scandinavia and the Baltic Sea’s lesser-known ports through innovative excursion tweaks.

The port of Warnemunde, Germany, introduces Berlin and its bastion of engrossing history with a milieu of comprehensive excursions. Some obvious choices include the must-see sights of Brandenburg Gate, Checkpoint Charlie, and remnants of the Berlin Wall. Oceania offers those attractions plus a bonus opportunity to visit the outlying suburb of Potsdam. Best known for its pomp and extravagance as the royal seat of historic Prussia and Sanssouci Park and Palace, the city also played host to one of the most important summits of World War II, which was attended by Truman, Churchill, and Stalin, leading to the conclusion of the war. En route to Berlin, cross the famed Glienicke Bridge where secret agent spies of the East and West were exchanged during the Cold War era.

A visit to Stockholm, Sweden, examines Scandinavian culture, including its northern exposure twist on food, lifestyle, and iconic architectural design. The indelible Viking spirit is reimagined with a visit to the Vasa Museum. And while other museums may not hold a magnetic allure for some, this maritime museum re-creates more than just historical facts. The towering 17th-century Viking gunship Vasa is displayed nearly intact inside the building. Sinking in the harbor on its maiden voyage in 1628 and left for dead at the bottom of the sea for 330 years, the colossal shipwreck was salvaged, raised in pieces, and reconstructed and preserved for appreciation by generations to come.

Stepping off Marina in Helsinki, a Finnish welcome to their way of life is offered in the open-air market along the harbor front. This is an opportunity to sample an amazing world of seafood at open-air stalls serving freshly caught salmon, mussels, and an array of seafood and side dishes. Mingle with the locals before taking a stroll through the immaculate park-like promenade in the center of this bustling city.

Relish three full days in St. Petersburg, Russia, entranced by its splendor and ponder the riveting opulence of the palaces, art collections, and cathedrals. Probe the wealth and influence of the czars with a visit to Catherine’s Summer Palace or witness the ingenuity and beauty of the water fountain complex at Peterhof. As an Oceania exclusive, an evening visit to The Hermitage provides every imaginable opportunity to….