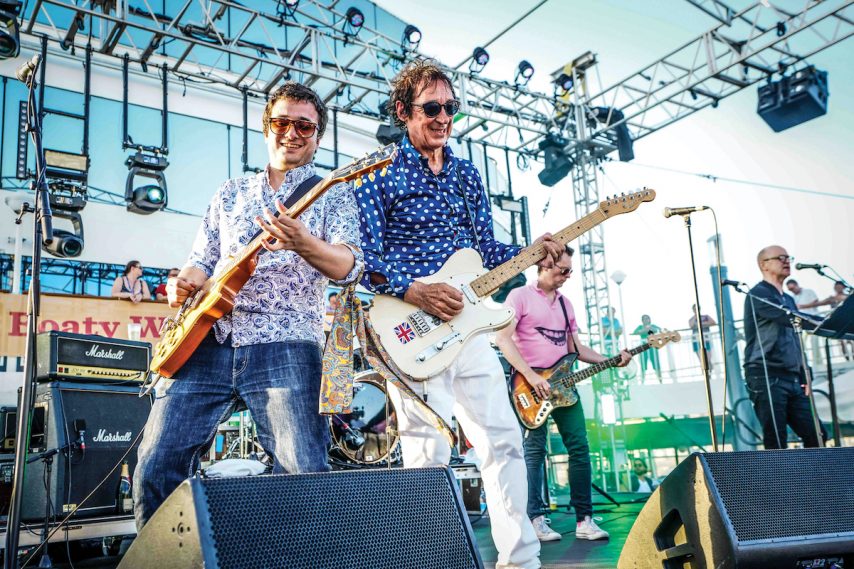 The long-gone dockyards of the River Clyde built some of the world’s most famous ocean liners, including Queen Mary and the QE2, but cruise ships aren’t spotted in Glasgow anymore — quite apart from anything else because it rains on average roughly every other day in Scotland’s biggest city. Which is one reason among many as to why The Boaty Weekender — a Mediterranean music cruise last August hosted by cult Glasgow indie-pop band Belle and Sebastian — was such a transcendent joy to be a part of.

The Glasgow music scene was long overdue for a few days in the sun, and got them on a slow ship from Barcelona to Cagliari and back again, across flat seas punctuated by frequent dolphins and under clear skies broken by the occasional flamingo. Fellow travelers from near and far included likeminded bands such as Teenage Fanclub, Camera Obscura, Mogwai, Yo La Tengo, Alvvays, Buzzcocks, and more, as well as fans from practically every continent — many a first-time cruiser among them (myself included). As Belle and Sebastian singer Stuart Murdoch put it to me aboard Norwegian Pearl, it was as if “the geeks made it to heaven for a long weekend,” and he wasn’t wrong.

Music cruises are of course nothing new. The Boaty Weekender’s Atlanta-based promoters Sixthman alone have staged dozens of them over the last two decades, including well-known repeat sailings such as The KISS Kruise and the Kid Rock Cruise. But this voyage was different in a number of ways. For one thing it was Sixthman’s waters-testing (and by all appearances, very successful) first expedition in the Med. In partnering with bookish purveyors of lush, literate songcraft Belle and Sebastian — a band who first broke out with a string of seminal albums in the mid-to-late 1990s that remain the soundtrack to many peoples’ lives — they opened the music cruise experience up to a whole new demographic of Gen Xers and Millennials and their families who might never have previously pictured themselves vacationing on the ocean waves. Funnily enough, Belle and Sebastian actually got close to organizing a cruise ship festival of their own around 20 years back, albeit in rather less exotic and glamorous circumstances: on a ferry around the waters of Great Britain.

RELATED: Music Cruise: On the Blue and Feelin’ Groovy

All of the major artists on the bill got a turn on the pool deck main stage, a pinch-yourself-pretty open-air space in which you…. 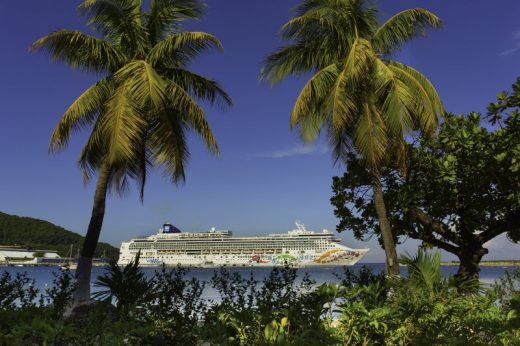 Norwegian Cruise Line Will Restart Operation in May