Will You Mix the Next Bacardi Legacy Cocktail? 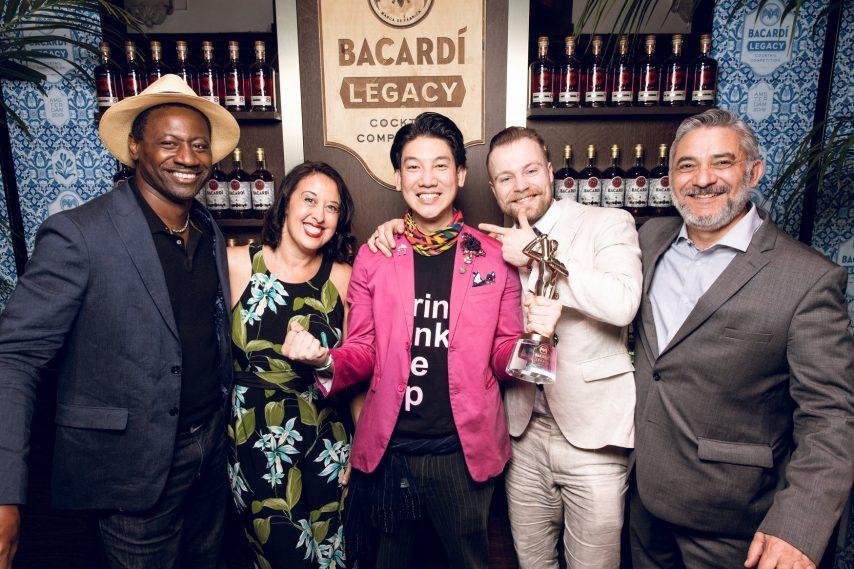 We’ve all had good bartenders. Sometimes they’re even great. But what does it take to be the best bartender? Winning the Bacardi Legacy Cocktail Competition is a great start. The competition is a global one, pitting the best mixologists the world over against one another to see who can craft the latest and greatest cocktail using one of several award-winning rums from Bacardi.

The Bacardi Legacy Cocktail Competition began in 2006 in an effort to add to the brand’s stellar lineup of classic cocktails like a mojito or a daiquiri. These iconic drinks only grow more famous as the years pass, but the search for new and exciting flavor combinations is a constant process. It’s not enough for a Bacardi cocktail to simply taste good, it has to transcend the time and place of its origin and establish itself as a go-to option for thirsty patrons all over the world. 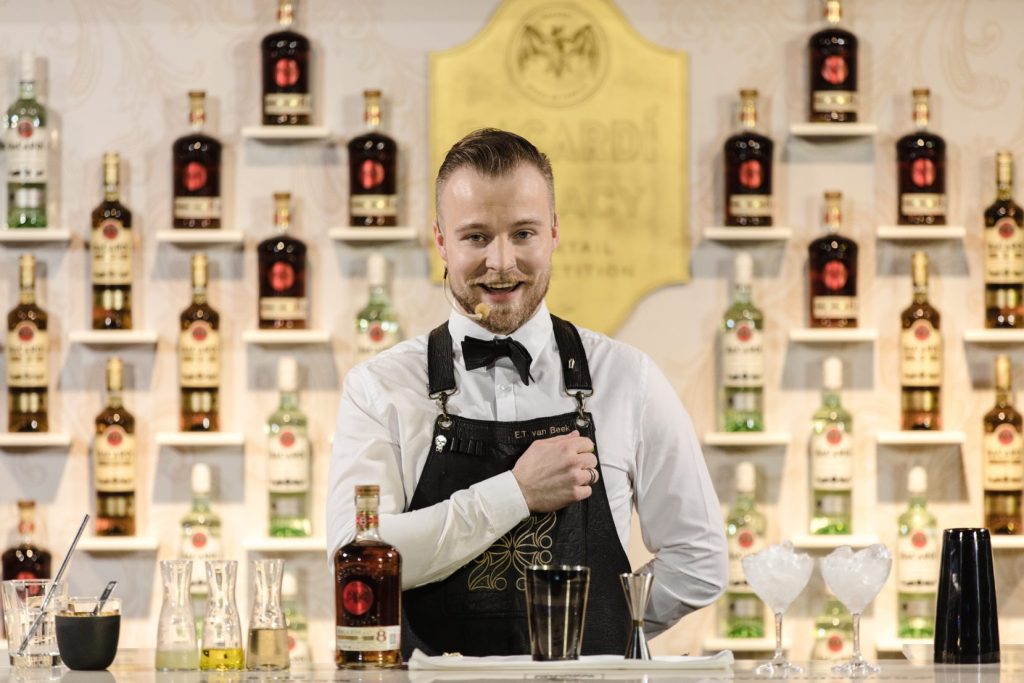 Winning the international competition starts with a bold imagination and a flair for outside the box thinking. Does Greek yoghurt belong in a cocktail? Eric Van Beek thought so, and his drink, called Cariño, took home first prize in the 2018 competition. A delightful mix of Bacardi Reserva Ocho Rum, vanilla syrup, lemon juice, a scoop of greek yoghurt and yellow chatreuse, a Cariño is undeniably smooth on the palate with a hint of aromatics when sipped. Served in a coupette, the lovely creme color makes the drink as visually appealing as it is tasty.

The Importance of Legacy

When Don Facundo Bacardi Masso distilled the first batch of Bacardi rum on the island of Cuba in 1862, he laid the foundation for more than just a great spirit. He cultivated a legacy more than 150 years in the making, one that’s been passed down through five generations of the Bacardi family. 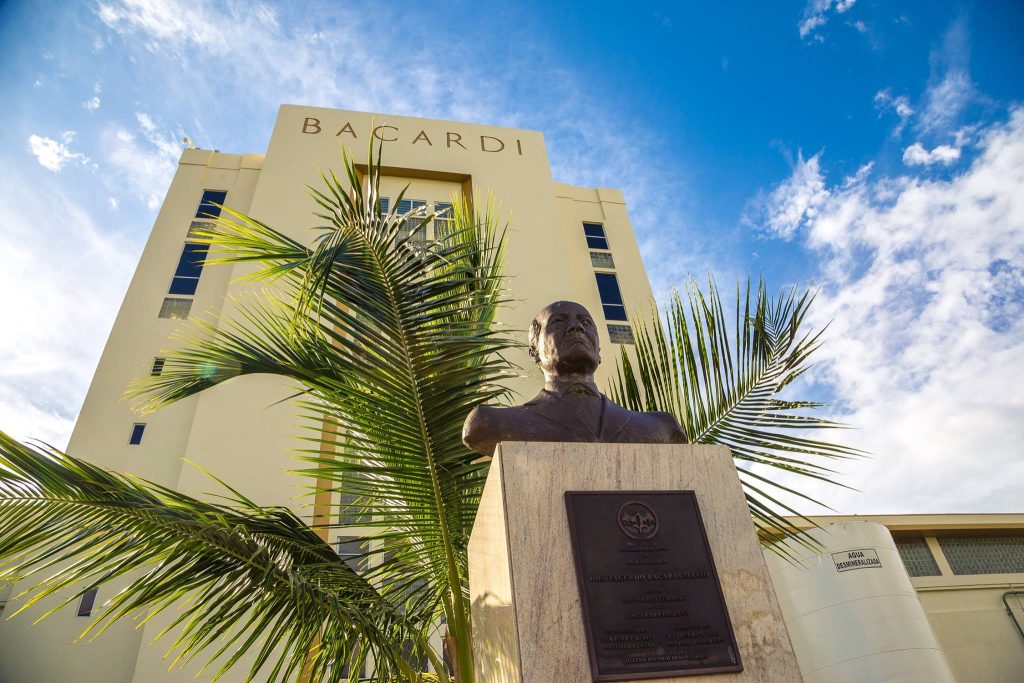 The important thing about legacies is they don’t have to be complicated, and that principle is on display in each cocktail dreamed up during the Bacardi Legacy Cocktail Competition. The hallmark of a great drink is the person enjoying it is familiar with the ingredients. It’s the combination of familiar flavors which piques interest and creates a unique experience, not the flavors alone. Creating contrasts, using one flavor to boost another or temper it back, bartenders in the Bacardi Legacy Cocktail Competition are mad scientists searching for the perfect combination of taste, mouthfeel and finish to vault their drink to the top of the legacy rankings. Bartenders are limited to just six “commonly available” ingredients, which include garnish, so choosing your flavors wisely is key to victory. 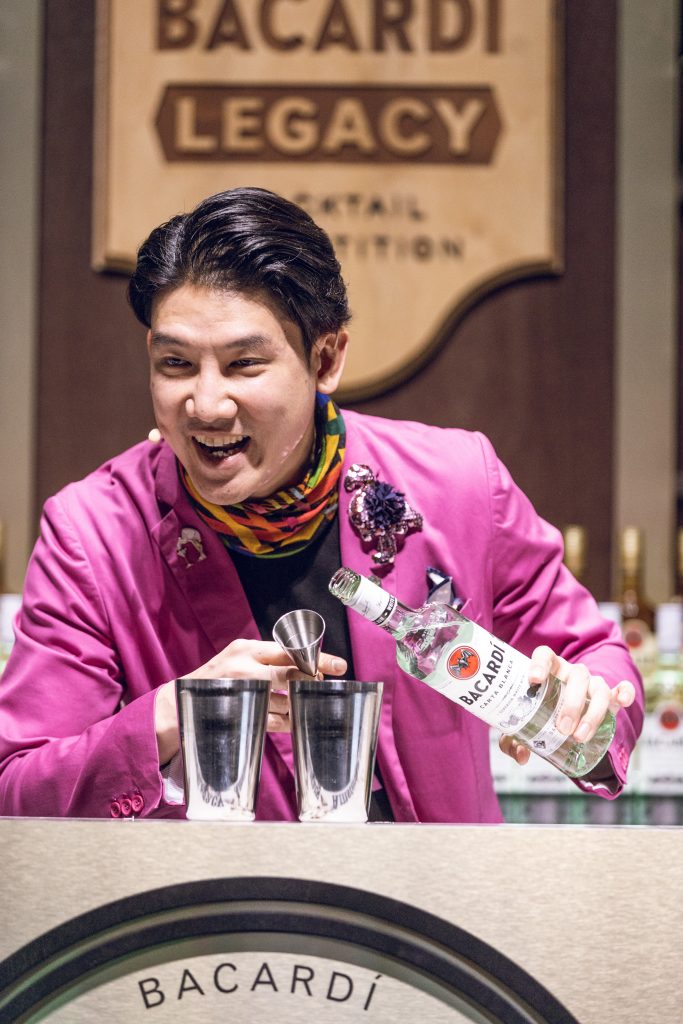 Ronnaporn Kanivichaporn entertains the crowd while he makes a Pink Me Up | Photo: Bacardi

This year’s winner, Ronnaporn Kanivichaporn from Bangkok, Thailand, created one of the most unique drinks ever entered into the competition. Pink Me Up gets its name from the gorgeous pink color which comes from a mixture of Bacardi Carta Blanca and fresh tomatoes muddled with orgeat syrup, lemon juice, basil leaves and olive brine.

Tomato and basil is a classic combination in the culinary world and the flavor profile transferred beautifully to Kanivichaporn’s legacy cocktail. The judges were impressed with his ability to craft a savory cocktail that works as a fantastic alternative to another timeless beverage, the Bloody Mary. Pink Me Up is innovative, yet familiar. Sip it in the afternoon or the evening, it transcends time and occasion. That’s why it earned the privilege to be called a Bacardi Legacy Cocktail! 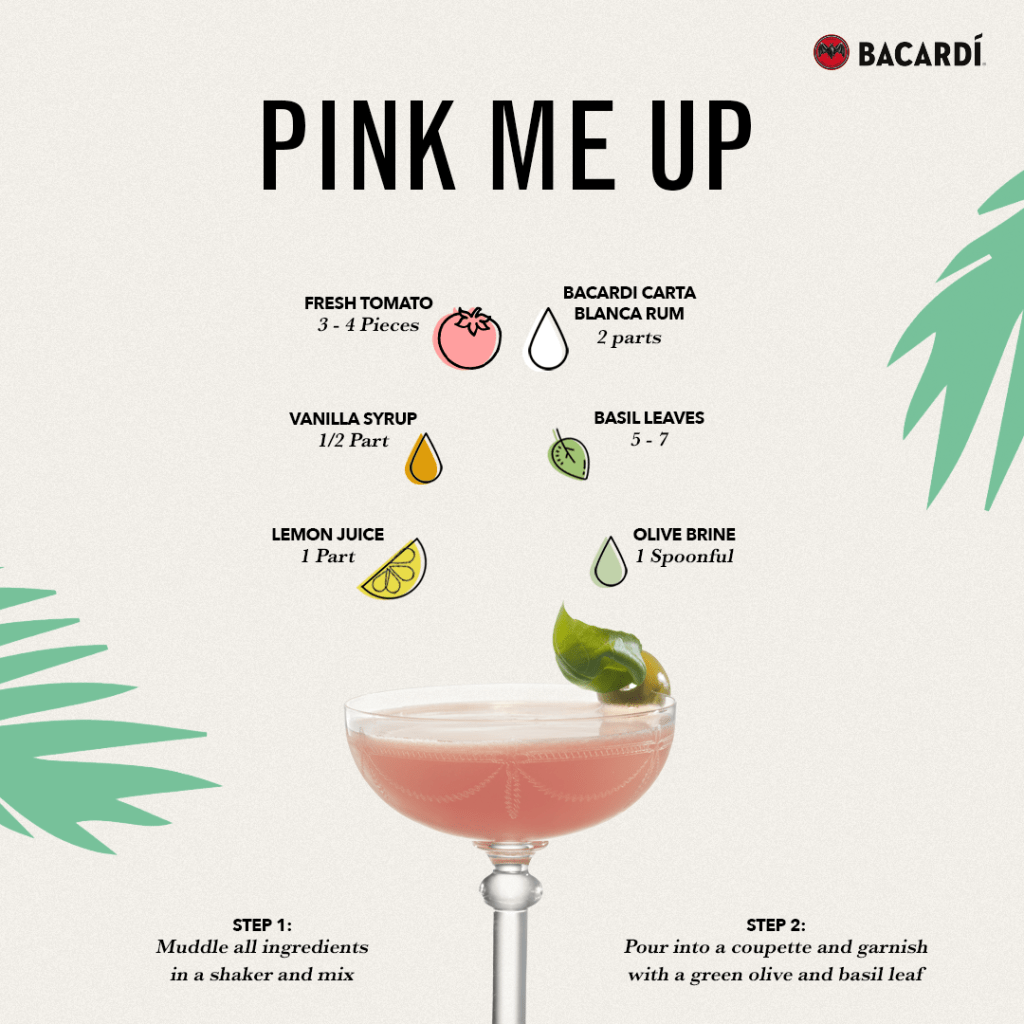 Do you have what it takes to be the next Bacardi Legacy Cocktail Competition winner? Grab your shaker and your favorite Bacardi rum and start your journey to the top today!