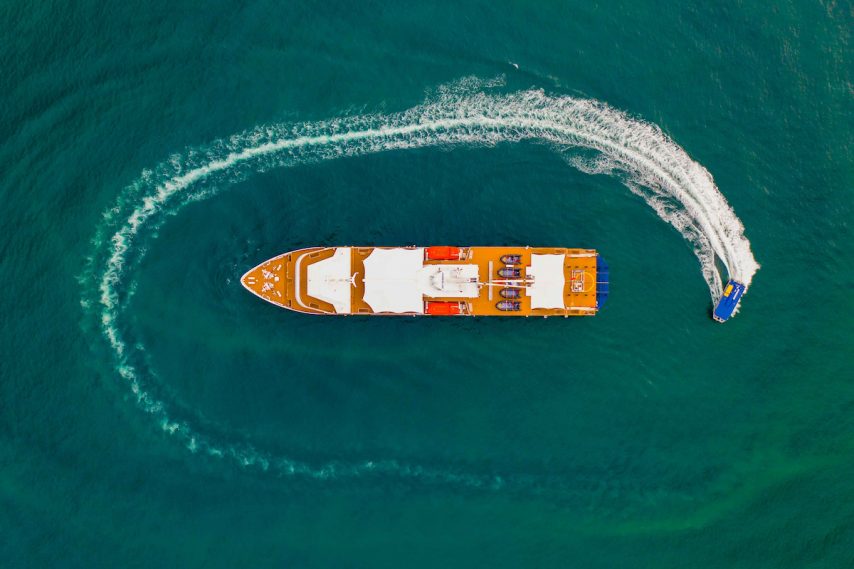 The expedition cruise market is set to grow by nearly three-dozen ships by 2024. Small but increasingly sophisticated ships are destined for polar regions and well beyond, catering to well-heeled baby boomers looking for new experiences — whether natural or cultural.

Enter the Aussies, specifically 35-year-old Coral Expeditions. Billing itself as “Australia’s Pioneering Cruise Line,” Coral has just launched a new flagship, its fourth vessel and largest ever at 120 passengers.

Coral has some key attractions when it comes to the expanding expedition market. Its cruises concentrate mostly on two of the continent’s exciting natural enticements: The Kimberly, in northwestern Australia, home to roving crocodiles, red cliffs, big waterfalls, and towering rock faces; and the Great Barrier Reef, where snorkeling or diving is like being in a giant aquarium, complete with manta rays, sharks, and clams as large as kitchen tables.

With its new expedition ship, the diesel-electric Coral Adventurer, the line is going farther afield — from such places as Darwin, in Australia’s Northern Territories, to West Papua, a province of Indonesia that encompasses the western part of New Guinea and nearby islands. A sister ship, Coral Geographic, set to launch in early 2021, will head as far west as the Seychelles and Mauritius.

Coral’s other calling card is its onboard excursion boats called Xplorers. Thanks to a hydraulic lift that lowers and raises these open-air tenders from ship to sea level and back, passengers can easily step on and off for trips ashore. The system was developed by Coral Expeditions years ago, and may or may not have influenced the similar Magic Carpet design on Celebrity Cruises’ new Celebrity Edge.

Coral Adventurer’s two-part inaugural sailing in the spring followed routes of 17th century Dutch explorer Abel Tasman, for whom Tasmania is named. (I joined the second half, an itinerary billed as “Warriors and Wildlife.”) Tasman explored West Papua some 375 years before, and there were moments when we felt like we were seeing the same sights, such as when dozens of canoes emerged from shore from a tiny village near Agats to meet our tenders. Men in grass skirts and war paint shouted and chanted. The Asmat once were known as headhunters who practiced cannibalism, though that has stopped for good about 60 years ago. Tasman did not linger, but we were expected and toured the village, witnessing a traditional canoe ceremony and buying sought-after wood carvings.

Started with a Submarine

Cairns-based Coral Expeditions was founded in 1984 by Captain Tony Briggs, who started off doing tours from Townsville, on the northeastern coast of Queensland, aboard a converted WWII submarine. The line built its first 42-passenger ship in 1988; it was sold to Singaporean investors in 2014.

In some ways, Coral is Australia’s equivalent to Lindblad Expeditions-National Geographic. An experienced expedition team leads excursions on the Xplorers and inflatable Zodiacs. Visiting experts lecture on their areas of expertise. There’s a partnership with the Australian Geographic Society. Coral also has the bonus of a dive team doing introductory sessions and dives, both complimentary. Coral’s loyal guests — you can expect many repeaters on board — are over age 60, predominantly Australian, and looking less for luxury accoutrements than the luxury that comes with intimate surroundings.

Coral Adventurer hits the sophisticated, modern mark. The ship feels spacious, with wide hallways and open spaces indoors and out, done up by a Brisbane-based decorator in muted tones, accented by African wood, Italian marble, and specially….