Behind the Cruise Line: Arnold Donald At The Wheel

The industry is in a better place ever since Arnold Donald began steering Carnival. 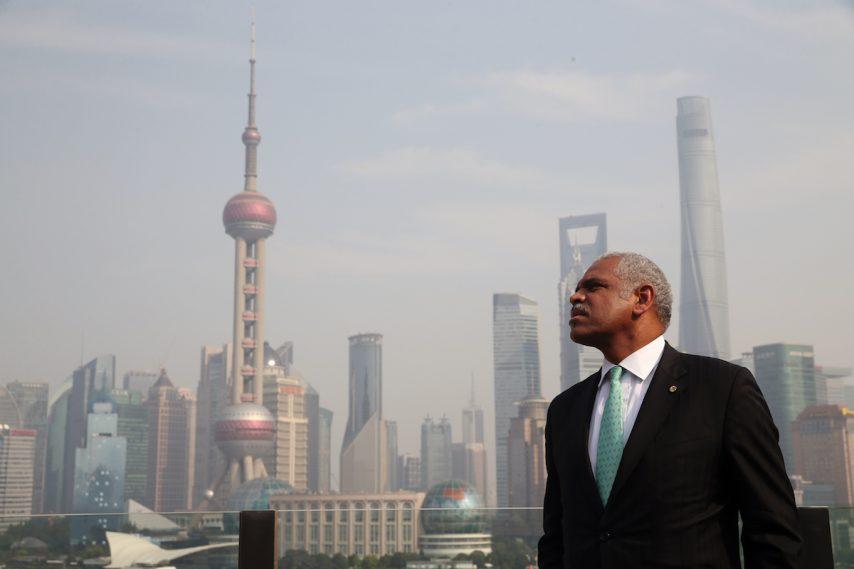 Five years ago, cruise lines were reeling from several highly publicized cruise ship incidents around the globe. [Ed. Note: — Porthole may or may not have neglected to mention some of those less-sunnier subjects.] Many believed it would take years of incident-free cruise travel and millions of dollars in marketing for cruising to recover its reputation.

It took about 18 months.

The credit for much of that recovery is attributed to the strategies and efforts of one man in particular: Arnold Donald, the president and CEO of Carnival Corporation. Its nine cruise brands — Holland America Line, Princess Cruises, Carnival Cruise Line, Seabourn, Cunard Line, P&O Cruises, Costa Cruise Line, AIDA Cruises, and P&O Cruises Australia — together control about half the global cruise industry.

Since taking the top job at Carnival Corporation in 2013, Donald has become the very public face of the global cruise industry, charming analysts, guests, travel agents, and the media with his down-to-earth style and straight talk. He even appeared as a guest judge on the TV show Celebrity Apprentice.

And instead of negative news about cruising, Donald quickly started generating positive news stories and television airtime covering the first cruises into Cuba from the United States in almost 50 years, signing a partnership to build cruise ships in China for the burgeoning Chinese cruise market, and producing several new travel TV series. Donald was even able to generate massive media coverage around new technology on his ships by introducing it at CES, the world’s largest technology trade show in Las Vegas.

Donald exudes a cool style on camera and in person. He’s always one of the most anticipated speakers at travel industry events like Cruise 360 and Cruiseworld, which attract thousands of travel agents from around the world. Donald incorporates the fun of a cruise into his onstage appearances, joining in with a chorus of dancers from Carnival Cruise Line onstage one year, or starting a sing-along with the audience, even challenging actress/singer Queen Latifah to a lip-sync battle at a recent ship naming.

Side Trip to Cinque Terre