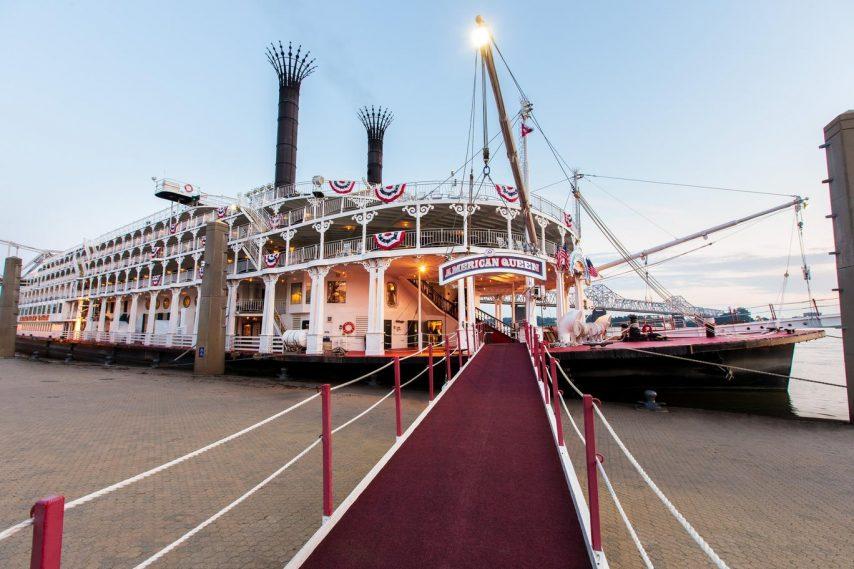 One of America’s most prominent steamboat river cruise companies used their platform at the Seatrade Cruise Global convention in Miami this week to announce a major rebrand with big implications for the future! American Queen Steamboat Company, the sister line of Victory Cruise Lines and a subsidiary of the Hornblower Group, announced that the company would move their headquarters from Indiana to Fort Lauderdale, FL and merge both American Queen and Victory into a single brand; American Queen Voyages.

Along with the rebrand, the new cruise company announced expanded itineraries to Alaska as well as the creation of 100 new jobs at their new office in Florida.

“Through a decade of transformation, American Queen Voyages has surged from the great American rivers to include lakes, ocean and expedition experiences,” he said. “Today, we are American Queen Voyages and embrace this simple but important expression – Discovery Runs Deep. As we move into this new chapter and introduce our version of encounter travel, we uphold the originating vision of our company’s founder and chairman, John Waggoner and his unwavering belief in the renaissance of U.S. river cruising and close-to-home adventures.”

Part of the rebrand is to encourage guests to get further from the beaten path for authentic travel experiences. America is a large country with plenty to see, but not everyone takes that next step towards a truly unforgettable trip.

Have you sailed with American Queen Steamboat Company or Victory Cruise Lines? Let us know in the comments below!