A Southern Lady in the Big Apple – American Duchess is one mighty fine riverboat. 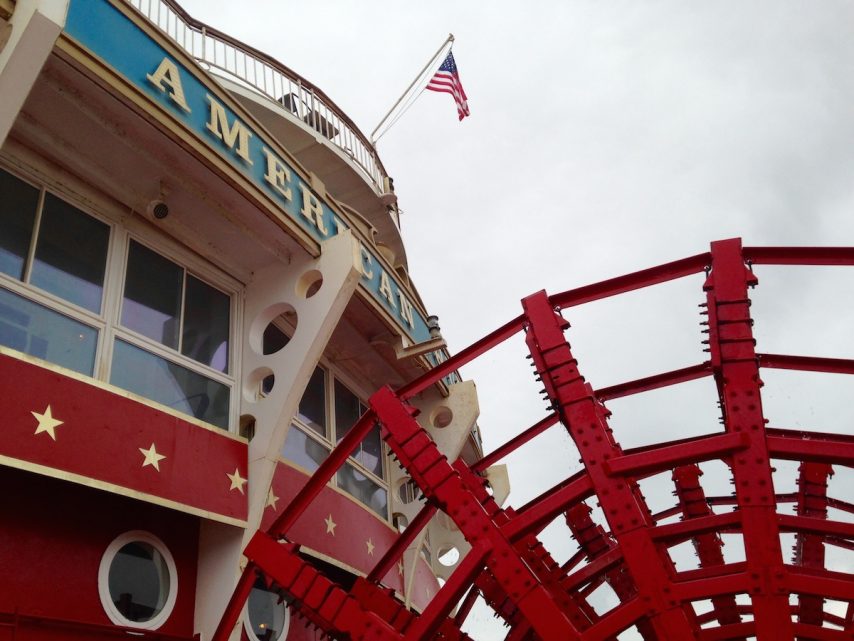 A Southern Lady in the Big Apple

Once in a while, cruise writers — even lowly freelance ones like myself — find themselves at cool press events where industry announcements are made. With so much of the cruise industry located in Florida, I’m often Porthole’s go-to girl for events scheduled in the Big Apple and I love it. Not only do I get to leave my day job for a while, but I get the scoop on some late-breaking cruise news and replace the SlimFast bar I usually eat at my desk with a great lunch and a few glasses of wine.

Last week, I popped down to Maysville, a restaurant with a decidedly Southern accent, to hear about The American Queen Steamship Company’s royalty: American Queen, American Empress, and, the point of the press event, American Duchess, scheduled to debut in June 2017.

Now, if you’re like me, the word “riverboat” conjures images of the sleek vessels that ply the Danube and other rivers in Europe. Not so the fleet of The American Queen Steamboat Company. Picture a riverboat in fabulous, flamboyant drag. These exteriors might have been designed by Scarlett O’Hara:

wedding-cake-like tiers, each a riot of arches framed in intricate latticework, the stars and stripes waving proudly, patriotic bunting and, of course, that mesmerizing red paddlewheel carrying her down rivers that don’t require an 8-hour flight to get to.

Between bites of an amazing crispy grits appetizer and sips of non-oaky chardonnay, I received an introduction to American Duchess and she sounds like my kind of gal. With just 166 guests, American Duchess will be decidedly luxurious: The first all-suite river-cruise vessel. Those suites will be the largest on the river in every category and include three Owners’ Suites and four Loft Suites measuring a staggering 550 square feet. She will offer two dining venues, complimentary shore excursions, a deluxe hotel stay the night before the voyage, complimentary water and soft drinks, and an all-American crew.

Like her big sister, American Queen, American Duchess will sail the mighty Mississippi but, like any younger sister, she’s giving it her own little twist with overnight port stays as well as shorter round-trip itineraries from Nashville and New Orleans and some departures from Ottawa, Illinois (which probably marks the first time that Chicago cruise fans can just pop into their cars and be at embarkation in an hour and a half).

As I finished my arctic char and went to work on the glorious grilled peach parfait with all these yummy crunchy things and sour-cream ice cream, I started to expand my definition of a river cruise. Yes, it’s the rivers of Europe but it’s also the rivers in our own backyard. And after hearing about the Duchess, I suspect that she might provide me with the best — and certainly the most luxurious — introduction to the Mississippi.